20 People of the 20s is part of 20sPeople – our season to mark the release of the 1921 Census, connecting the 1920s and the 2020s. James Cronan is Maritime Records Specialist at The National Archives, and grandson of Susan May Woodford.

The piano teacher, made an orphan by the Titanic  disaster 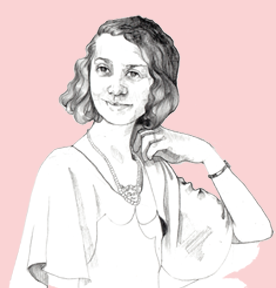 An illustration of Susan May Woodford, created from a photograph. By Sophie Glover.

Susan May Woodford was born on 19 April 1907 in Southampton, the daughter of Frederick Woodford, a merchant seaman, and Susan Anstey. Susan and Frederick married in 1902 and had three other children, two of whom died in infancy. At the time of the 1911 Census, the family were living at 14 Clovelly Road, Southampton.

In April 1912, Frederick made the fateful decision to join the crew of the Titanic for its maiden voyage from Southampton to New York. Frederick signed the Titanic’s Crew List and Agreement as a Greaser, a merchant seaman who lubricates the ship’s engines. When the Titanic sank on the evening of 14 April, accounts show Frederick made it into the water, but was sadly unable to get into one of the few lifeboats available. He probably died of hypothermia in the icy Atlantic waters. His body was recovered by the Cable Ship (used to lay cables along the seabed) Mackay-Bennett. 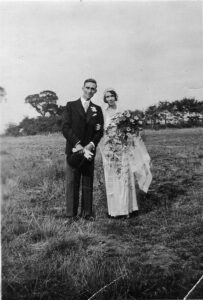 Susan May and Reginald on their wedding day, 2 September 1933. Photo provided by Susan May’s family.

Frederick’s wife Susan was notified of his death in a letter from White Star Line, telling her of her husband’s fate. The effect on my great-grandmother and her family was devastating. They lost a husband and father, and the only wage earner too, forcing them to leave their residence in Clovelly Road. Their plight can be traced through the records of the Titanic Relief Fund, minutes and papers for which are held at Southampton Archives.

The whole family were placed in convalescent homes after Susan May’s sister, Annie Freda, and her mother, contracted diphtheria and tuberculosis respectively. They were initially housed in St. Mary’s, Southampton, before being moved to Lymington. Annie Freda died of diphtheria and exhaustion on 13 August 1914. Susan May’s mother succumbed to pulmonary tuberculosis on 28 June 1915, leaving Susan May an orphan at the age of only eight. Unfortunately, Susan May’s grandmother Elizabeth Pearce also died shortly afterwards. 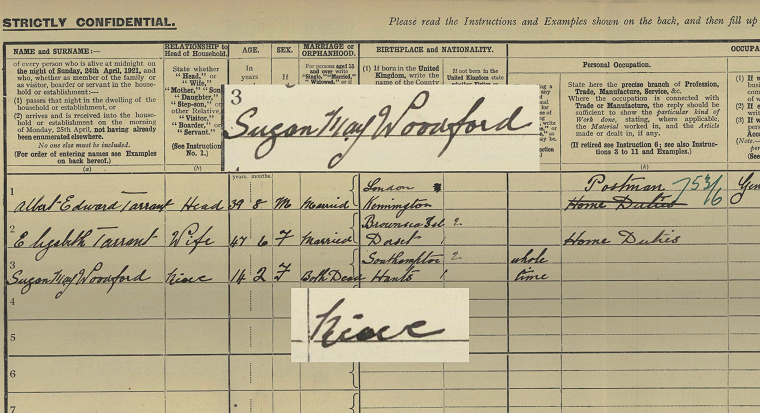 Susan May Woodford’s 1921 Census record, showing her as living with her aunt and uncle. Her relationship reads ‘niece’.

Susan May was adopted by her mother’s surviving sister, also called Elizabeth, enjoying a much happier childhood in Totton, near the New Forest in Hampshire. In the 1921 census she is listed with her uncle, Albert Tarrant, a British Army veteran who became a postman after the First World War and his wife Elizabeth, née Anstey.

Further Titanic Fund money was spent on piano lessons, and Susan May was a licentiate of the Royal College of Music, becoming a piano teacher and playing in the local cinema. At school in Totton, she met my grandfather Reginald William Cronan, whose own father had served on the two sister ships to the Titanic, the Olympic and the Britannic. They married on 2 September 1933 and settled in Totton. On the 1939 Register, Reginald is listed as a grocer and oil merchant, and as Air Raid Warden 61 in the New Forest registration district. They had two sons, John and Brian, whose details were redacted from the register.

Susan May died in 1985, two years after celebrating her 50th wedding anniversary. Due to a critical mistake in the letter from White Star Line, she passed away never knowing that her father had in fact been buried in Halifax, Nova Scotia, not at sea. This grave remained unmarked for many years until there was a dedication ceremony in the 1990s.

With no 1931 or 1941 Census available, The 1939 Register is also a great resource for researching family or house history. Check out our guide for details: 1939 Register research guide