20 People of the 20s is part of 20sPeople – our season to mark the release of the 1921 Census, connecting the 1920s and the 2020s. Vicky Iglikowski-Broad is Principal Records Specialist of Diverse Histories.

The author whose ‘obscene’ book was banned 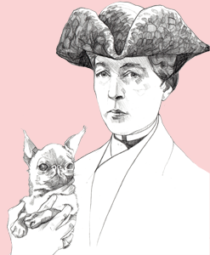 An illustration of Marguerite, created from a photograph. By Sophie Glover.

Marguerite Radclyffe-Hall was an English poet and author, best-known for her ground-breaking work in lesbian literature. Hall was a rarity in her lifetime, living relatively openly as a lesbian in an era that condemned such relationships.

Marguerite herself identified with the contemporary phrase ‘congenital invert’, a term developed by people studying human sexuality at the turn of the century, used to describe an individual that is attracted to people of the same sex. In 1907 she met her first long-term partner, the singer Mabel Batten, and in 1915, began an affair with sculptor Una Troubridge. Marguerite and Una are listed as living together in the 1921 Census. The pair uniquely listed themselves as ‘joint head of household’.

In 1928, Marguerite’s ground-breaking novel ‘The Well of Loneliness’ was published. The novel chronicled the life of Stephen Gordon, a masculine lesbian who identifies as an ‘invert’. Not only did Marguerite love women, but she also dared to write publicly about love between women; she was protected to some extent by her wealth and status.

The book received a great deal of praise, however her sympathetic portrayal of lesbians attracted controversy. In August 1928, James Douglas, editor of The Sunday Express and dedicated moralist, launched a scathing attack on Hall and her novel. In an editorial piece titled ‘A Book That Must Be Suppressed’, Douglas regarded the novel to be ‘an intolerable outrage’ and argued that,

‘the cleverness of the book intensifies its moral danger…The book must at once be withdrawn. I hope the author and the publishers will realise that they have made a grave mistake, and will without delay do all in their power to repair it’ (catalogue ref: DP 1/88) 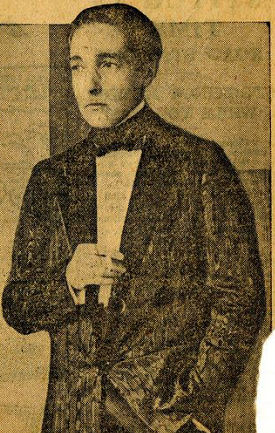 Images of Marguerite from a press cutting regarding suppression of the book ‘The Well of Loneliness’ (catalogue ref: DPP 1/88)

Such reactions triggered an obscenity trial, which commenced on 9 November 1928. Throughout this period Marguerite lived with Una. The National Archives’ collections hold many records relating to this popular trial. Many famous faces were present at court – as was Marguerite herself. Her book was on trial, but in many ways so was she and her relationship. Ultimately the Chief Magistrate found the novel’s literary merit to be irrelevant, and ordered copies of the ‘The Well of Loneliness’ to be destroyed. ‘The Well of Loneliness’ was not published in the UK again for 20 years.

In 1943, Marguerite was diagnosed with cancer and died at the age of 63. Her body is buried in Highgate Cemetery, in the Batten family vault – the same place where Mabel, her earlier lover, is buried.

Despite the censorship case Hall now has an iconic status in lesbian history, which may even have been aided by the publicity caused. Her cult status is a testament to her pioneering work.