’20 People of the 20s’ is part of 20sPeople – our season to mark the release of the 1921 Census, connecting the 1920s and the 2020s. This story was researched by Jessica Nelson who works with our Collections Expertise and Engagement department. Florence Julia Street is her grandmother-in-law. 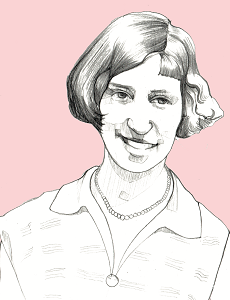 An illustration of Florence Julia Street created from a photograph. By Sophie Glover.

Florence Julia Street (known as Julia before marriage) was born in June 1912 in Gloucestershire, into an ordinary working-class rural family. Her childhood was tough by today’s standards; she slept top-to-tail with her two sisters. Her family could rarely afford to buy meat, instead rearing their own chickens. The only lavatory was a loo in the garden shed with no light, or a potty under the bed during the night. Water had to be heated over a fire. Julia and her family bathed in a tin bath by the fire once a week, using the same water.

Julia is recorded in the 1921 Census as nine years old, living with her family in Westbury-on-Severn, Gloucestershire. Just a few years after, at 13 years old, Julia left education at the village school to go into service at nearby Westbury Court, a country house owned by the Colchester-Wemyss family. The house was relatively modern, but the garden was particularly special: a Dutch water garden created between 1696-1705, it featured a canal, pavilion and intricately patterned hedges and topiary. The owner of the house was Maynard Willoughby Colchester-Wemyss, an acquaintance of the King of Siam. 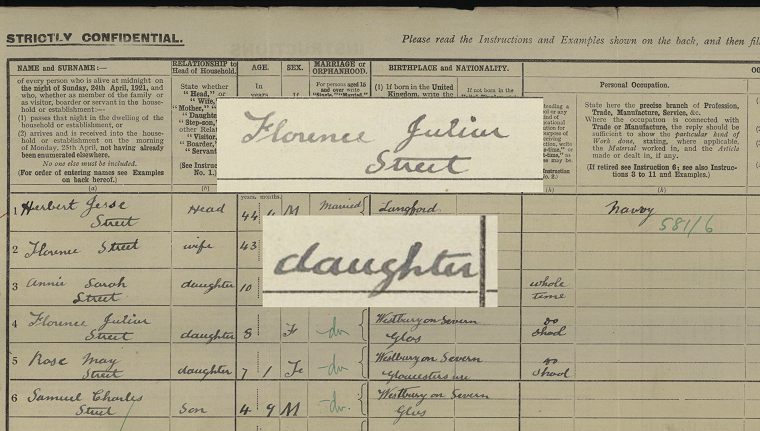 Julia was initially a scullery maid at Westbury Court. Her role consisted mostly of washing up, drying and tidying away crockery, cutlery and saucepans by hand. Her hands were often sore – washing up gloves were relatively rare in the 1920s. Julia ‘lived in’, as most servants did then, sharing accommodation with other servants. She could only visit her family on her day off, despite living nearby. Julia experienced a culture shock at first, but worked hard and progressed to kitchen maid. In this role, she was responsible for preparing all the vegetables for both family and servants meals, and waiting at table. Eventually Julia became a parlour maid, responsible for the house silver – this was hard work, but she got satisfaction out of polishing everything until it shone.

At the beginning of the 20th century, many middle- and upper-class households in Britain had a number of live-in servants – in fact, domestic service was the largest employer of women. In the 1901 Census, the residents of Westbury Court – Maynard Willoughby Colchester-Wemyss, his wife Mary and their two daughters – employed a cook, a parlour maid and a housemaid. The family’s coachman also lived nearby, in Westbury Court Cottage. 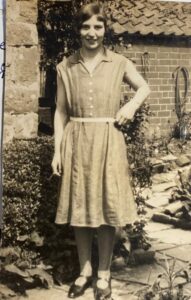 By the 1911 Census, the return for Westbury Court records only two family members – Maynard, now a widower at 64, and his unmarried daughter Cecil Dorothea. They were looked after by six live-in servants – two housemaids, a kitchen maid, a parlour maid, a cook and a valet.

But times were changing: during the First World War, many women enthusiastically took up jobs vacated by men. These were jobs which, unlike domestic service, did not involving living in, therefore granting the employee more freedom. As men returned from the war, many women were obliged to make way and return to domestic service. Throughout the 1920s, domestic service was still a very common employment route for women. However, gradual changes in 1920s society meant that there were increasing employment opportunities for women elsewhere, particularly shop work and clerical jobs. At the same time, increasing access to electricity meant that more affluent households could benefit from some new inventions, such as the vacuum cleaner and washing machine, reducing the need for servants. By the Second World War, domestic service as an occupation was in steady decline, with ‘live in’ servants particularly becoming a thing of the past.

Julia left service in 1937 upon marrying a local man, Norman Gibson, which was normal at the time for women. At this time she also stopped using her given names; her new husband didn’t like them and instead called her ‘June’ – the month in which they met.

After their marriage, Norman joined the police force; the 1939 Register shows they were living in the hamlet of Brookend, near Stroud in Gloucestershire. Norman is recorded as ‘police constable’, while Julia’s role is described as ‘unpaid domestic duties’. The couple had two daughters together; one daughter became a school teacher, the other going to work for the county council, later completing a university degree. Meanwhile, the Colchester-Wemyss family sold Westbury Court in the early 1960s. It has since been demolished. However the gardens have been restored by The National Trust, and are now open to the public. 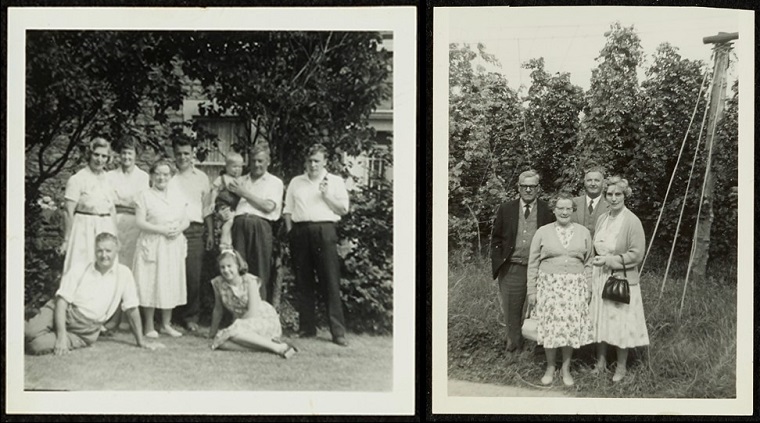 Florence Julia’s working life was a hard one, but typical of her time – and her daughters remember that, long after her days as a parlour maid, she still took great pleasure and pride in polishing the silver.

Curious about house history, like that of Westbury Court? Join us for ‘From house to home: Mel Backe-Hansen’s guide to the 20s house’. Book here: From house to home, Friday 4 February 2022 at 14:00.