Trailblazing Women of the 20s: 10 women who made history

Trailblazing Women of the 20s is part of 20sPeople – our season to mark the release of the 1921 Census, connecting the 1920s and the 2020s. Lisa Berry-Waite, our 1920s record specialist, tells the story of 10 women through 10 short videos. Lisa reveals how each individual, through their determination and resolve to defy contemporary expectations of women, influenced lasting change. To view their stories, click on the link or image below.

Meet Mary, one of the greatest aviators of her time, and one of our 20 People of the 20s. Mary pushed the boundaries of expectations for women in the 1920s, remaining brave and steadfast despite the concerns of male politicians. Find out more here. 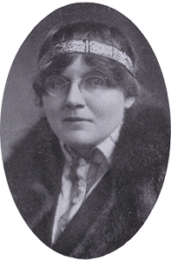 Helena Normanton was a pioneering figure within the British legal profession during the 1920s. Another of our 20 People of the 20s, Helena led the way in fighting for women’s rights to take up roles in the legal professions. Discover more about Helena’s life and career here. 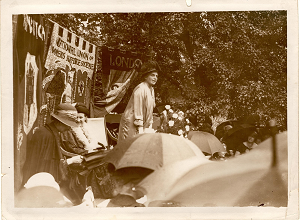 Eleanor Rathbone speaking at Aubrey House, 1925. With thanks to London School of Economics.

As one of the first female MPs – alongside one of our 20 People of the 20s, Margaret Bondfield – Eleanor Rathbone was at the forefront of the fight for gender equality, as well as the push for improved social care. Uncover her story here.

One of our 20 People of the 20s, Evelyn was one of the few black British performers of the 1920s to achieve recognition from contemporaries, and achieved a number of firsts throughout her lifetime. Learn more about Evelyn here. 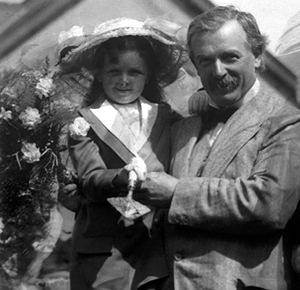 The first female MP for Wales

Despite initially being overshadowed by her father, former Prime Minister David Lloyd George, Megan became a trailblazing politician in her own right. She championed crucial issues of the period, such as unemployment; reveal more about Megan’s career here. 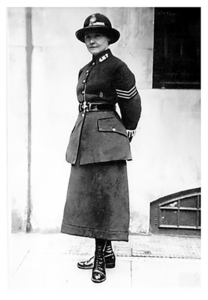 One of the first female police officers

Lilian and her colleagues helped to establish changes to policing in England. They were initially deemed unnecessary by many, including male colleagues who did not believe that women police officers were necessary. In fact, they did not even have the power to arrest when they took up their roles. They would go on to prove this a necessity, while emphatically disproving conceptions about female officers. Discover more about Lilian here. 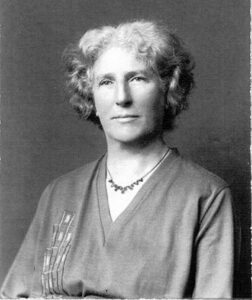 Mary founded one of the first schools for the deaf. Now named the Mary Hare School in her honour, the school is still open to this day. In addition to her work in deaf education, Mary was also active in the campaign for women’s suffrage. Find out more here. 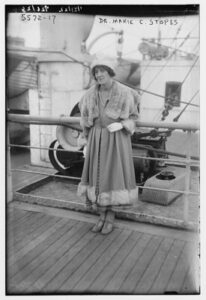 Marie Stopes was influential in the field of birth control, establishing Britain’s first birth control clinic in 1921. She authored Married Love, in which she attempted to highlight the importance of good sexual relations between partners, and looked to break the taboo of discussing female sexual pleasure. Marie wrote several other books and a play on the subject of birth control and sexual relations. However, while Marie pioneered ways to discuss family planning and provided birth control to the general population, it’s important to note that she also possessed some problematic views. Learn more here. 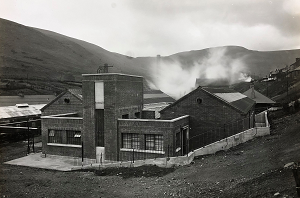 Pithead baths in Dare, Rhondda, which opened in 1934.

Elizabeth campaigned on issues such as women’s suffrage and public health. She was instrumental in improving the lives of miners and their families, particularly in the campaign for pithead baths – on-site facilities that prevented dirt being brought into homes from the colleries. Reveal Elizabeth’s story here. 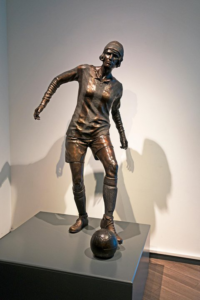 Lily was well-known during her playing career as a fantastic player who wowed crowds with her skill and powerful shooting ability. Lily was an outstanding player for the Dick, Kerr Ladies, the team founded by the Dick, Kerr & Co. factory; along with her teammates, she challenged stereotypes of what women were capable of, despite the Football Association’s decision to ban women from playing on their grounds. Uncover Lily’s story here.

View all 10 stories through our  YouTube channel: The National Archives UK.