Join us this season for a varied and fascinating events programme – both online and in person. From webinars on family and house history that you can research using the 1921 Census, through to talks on a range of 1920s themes and curatorial tours of our exhibition, ‘The 1920s: Beyond the Roar’.

More information on events will be announced throughout the programme. Join our mailing list to hear first about upcoming events with priority booking. 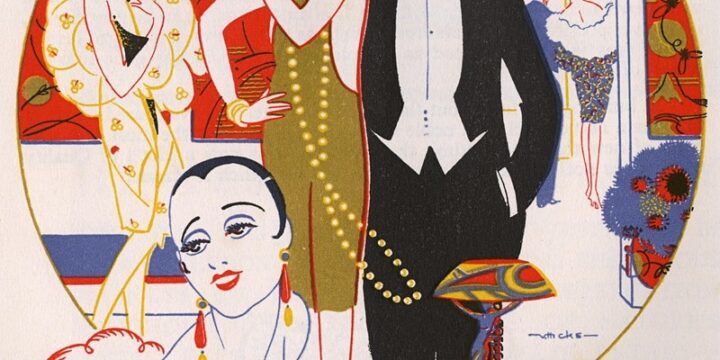 After Dark: Nights out in 1920s London

Join historian Lucinda Gosling as she tells of the wonderful assembly of characters who inhabited the nocturnal world of 1920s London. 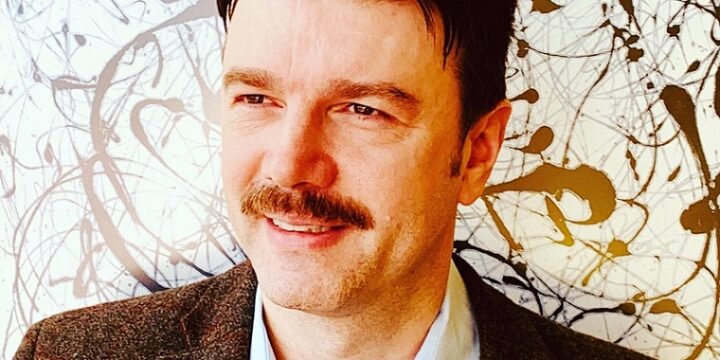 Outrageous! The Story of Section 28 and Britain’s Battle for LGBT Education

Join Paul Baker as he tells the full story of Section 28, and provides a moving account of the unthinkable prejudice enshrined within the Act, and of the power of community to overcome it.

A Night at the 43  – in collaboration with the Candlelight Club 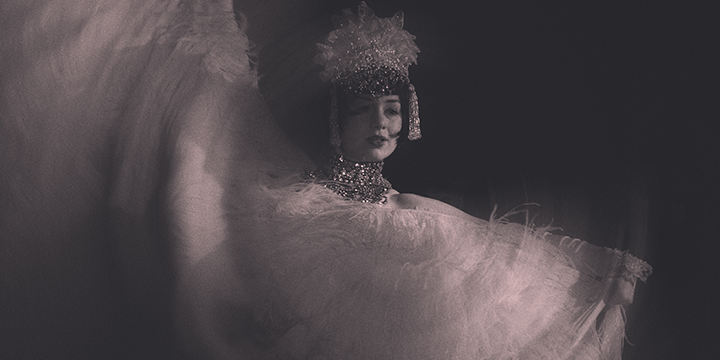 Something exciting is happening at The National Archives…

After dark, 1920s London transformed. It was a place effervescent with outrageous parties and scandalous nightclubs – none more so than the 43 club on Gerrard Street, owned by the notorious ‘Nightclub Queen’ of Soho, Kate Meyrick.

Get ready for an exclusive trip back to the glitz and glamour of London’s hottest 1920s underground spot, as we recreate Kate’s club here at The National Archives, in collaboration with The Candlelight Club.

With live cabaret, jazz music and DJ sets, exclusive glimpses into our exhibition, and curated cocktails and food from Maids of Honour – the night is set to be abuzz with 20s frivolity. Please note: this event is strictly 18+ and ID will be checked upon entry. 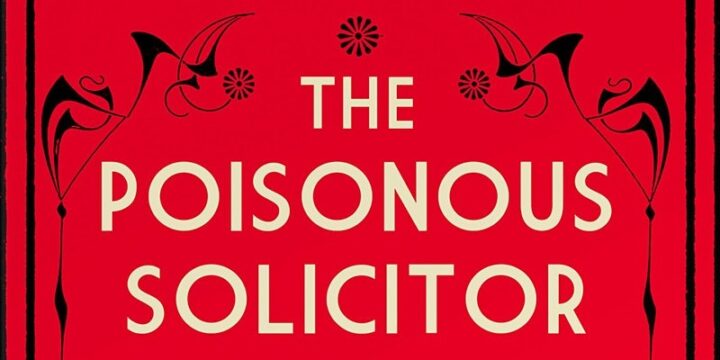 The Poisonous Solicitor: The True Story of a 1920s Murder Mystery

Find out about the real-life murder mystery that inspired Agatha Christie and Dorothy L. Sayers. Journalist and author Stephen Bates revisits the case in light of new evidence – was the culprit really guilty as charged? 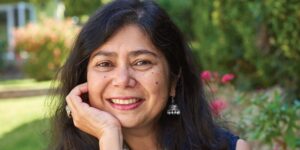 In the shadow of Jallianwala: Race, empire and nationalism in 1920s Britain

Journalist and author Shrabani Basu looks at how the 1920s laid the foundation for the turbulence and tension that lay ahead within the British Empire. 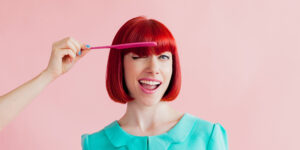 Dress historian Amber Butchart looks at radical fashion changes in the 1920s and some of the notable figures that helped to define the decade. 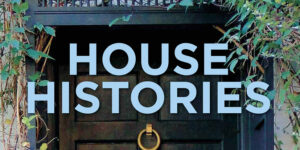 From house to home: Mel Backe-Hansen’s guide to the 20s house

Discover how our ancestors of 100 years ago lead the way for transformation of housing across the country, as Melanie Backe-Hansen takes us into the world of houses in the 1920s.. 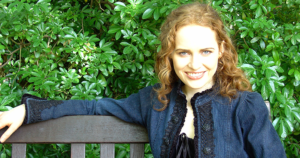 Flappers, flights and freedom: a social history of the 1920s with Kate Williams

Historian Professor Kate Williams brings to life the fascinating world of the 1920s – from strikes and suffrage to science and arts. 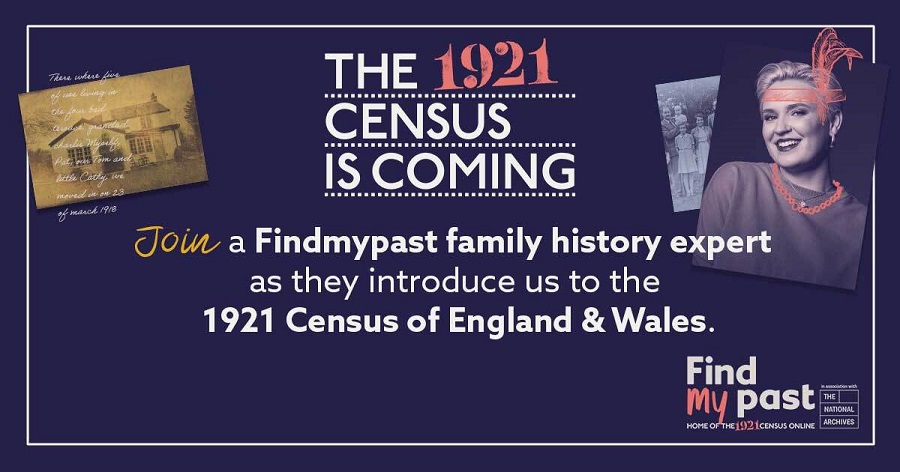 Introducing the 1921 Census of England and Wales

Join us, together with Findmypast, for an unmissable exploration of the biggest new arrival in family history, and gain expert tips on how best to search the census.

Census surgery: Behind the 1921 Census

Since 1801, there has been a census conducted in England and Wales every 10 years. But what do you know about the census? Join experts Audrey Collins (The National Archives) and Myko Clelland (Findmypast) in conversation as they bring the 1921 Census to life.

The first events in November 2021 set the scene for understanding the parallels between the 2020s and the 1920s. They explored the dawn of a new decade, recovery from a global pandemic in the form of the Spanish flu, as well as the story of Claudius Smart, a merchant seaman whose life story tells a broader picture about Empire and British identity in the 1920s.

Discover your family’s past with our top tips.

Join our experts as they introduce you to the key 20th-century sources for family history, including the 1939 Register, and the 1921 and 1911 Censuses. You will learn how to maximise your use of these popular sources, setting you on your way to discover more about your family tree.

A Stranger in a Strange Place (live audio-drama)

‘A Stranger in a Strange Place’ is a one-off audio drama, exploring repatriation of people from the British West Indies in 1920s Liverpool.

From Marine Engineer, to working as a ship hand and in timber yards, Claudius Smart has given the motherland his blood, sweat and tears – a most loyal son. But now all doors to employment have been closed on him. His crime? Falling in love with May – a white woman. Hurt and betrayed in an openly racist Britain and facing zero employment prospects and hungry stomachs, now Claudius’s only choice and wish is for repatriation back to his native land of Jamaica for him, May and their young son. But will his request be granted?

A true story from The National Archives’ files, brought shockingly to life by playwright and screenwriter, Mel Pennant.

Listen to the audio drama here.

Both a joyous victory and a solemn reminder of all that had been lost – the end of the First World War brought people together in national celebration, yet also deep grief and mourning.

This conflicting time is brought to life as William Butler looks at both aspects of Britain in peacetime. Join him as he explores the widespread joy felt throughout Britain, exemplified at the 1919 Peace Day celebrations, yet also uncovers the deep trauma felt nationally.

Looking at significant examples of memorialisation, such as the Cenotaph created in Whitehall, the reburial of the executed nurse Edith Cavell, and the burial of the Unknown Warrior in Westminster Abbey, this talk shows a very human side of Britain in the aftermath of war.

This talk was presented by Dr William Butler, Head of Military Records at The National Archives.

Discover the greatest human disaster of the 20th century.

Killing more than 100 million people, the Spanish flu pandemic of 1918 had devastating worldwide effects. In the wake of the tragedy of the First World War, with masses of people having lost their lives, the pandemic left Britain in a disastrous state. However, the horror of this illness was forgotten as the British population roared into the 20s and the buzz of the jazz age.

Especially relevant now as we emerge from the shadow of our own pandemic, Catherine Arnold, author of Pandemic 1918: The Story of the Deadliest Influenza in History, compares the two pandemics and asks: what, if any, lessons have been learned, and can we expect another Roaring Twenties?

Discover how to use 19th- and 20th-century sources in your family history discoveries.

This webinar was presented by Audrey Collins, Records Specialist, Family History at The National Archives.