Set cookie preferences
Home > 20sPeople > The making of 20sPeople – The 1920s: Beyond the Roar

‘The 1920s: Beyond the Roar’ is The National Archives’ latest exhibition, which closed on 11 June 2022. With the 1921 Census of England and Wales as its keystone, the exhibition looked to recreate the fascinating world of the 1920s through our vast and diverse collection.

Could you give a short intro about your research for the exhibition? 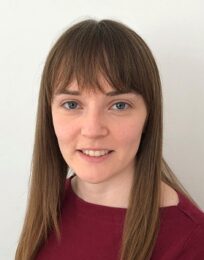 Katherine: We started talking about the exhibition in late 2019, then started researching in early 2020 not long before lockdown. We drew up a list of all the themes we’d like to include, then delved into our online catalogue to see what we had.

Ideally, we would have got the documents out and viewed them as a group on site, but it wasn’t possible because we couldn’t access the archives due to Covid. Our focus shifted more onto reading and searching for documents that we would see when we could get back to The National Archives.

When we were able to, our time on site was limited so we photographed a lot of the records to then discuss via video call. We developed our own process really and, by nature of the process, ended up inadvertently digitising some of the records, which has been really useful! 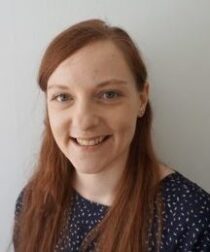 Laura: I came to the project a few months after Katie and Katherine – they had seen a few records in person but everything for me was online. There were lots of topics we could have explored really in depth, such as venereal disease, mental health, birth control, and eugenics to a name a few, so it was really difficult to cut them down to just a few to represent the decade. 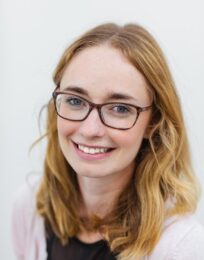 Katie: The key thing to make sure of was that we looked across all of our collections and catalogue before narrowing down what we were looking for, we probably looked at about 500 documents. From the very start, we knew we wanted to showcase people within the records, with the 1921 Census being the cornerstone of the exhibition. It’s a fantastic source but it is a snapshot of a country in one moment in time – we wanted to use the exhibition to tell a broader story.

Did you have specific roles when researching exhibition content?

Katie: All three of us looked at all the documents – we didn’t necessarily have different niches, but I did particularly look at documents to do with politics in the initial stages of the selection.

Laura: I mainly focused on topics around health, education, and policy, but we all had to research outside of our specialisms. It was quite nice – as a records specialist, you mainly deal with records within your subject area so it gave us an excuse to delve into records we don’t normally get a chance to look at.

Katherine: I focused on looking into our design records, textile samples and posters. Some of the larger themes we split between us, such as the British Empire and the aftermath of the First World War.

Was there anything that really stood out or surprised you?

Katie: Lots of things! I think for me, some of the really exciting documents we unearthed were the visual records. We have lots of posters within our collection and I’ve seen photographs of them before, but actually ordering them and seeing them in person was quite surprising. They’re absolutely massive and incredibly striking!

Laura: The health pamphlets we have in the exhibition are from the Leicestershire Health Insurance Commission – whilst scoping through the records in early stages, lots of the files were very beige and text heavy, but these are very colourful. It was a really nice surprise to open up an envelope and find lots of these little healthgrams that are really visually interesting!

Katherine: There was a handwritten complaint letter that really stood out to me – it was from a man called Arthur Freethy who owned a tobacconist shop in the St Pancras area that was being threatened with demolition to build the Ossulston housing estate.

He says specifically in the letter that he lost a previous business after he joined the army to fight in the First World War, and now he was faced with it being taken away again. I think we often compartmentalise these eras in history but in real people’s lives, these events were only a few years apart. It’s a very emotionally powerful letter – he sounds very desperate. It gave me a better sense of the experience of real people in this era and the trauma they went through, even events that might have had a positive side – like building better housing.

What were some challenges you faced in curating the exhibition, and how did you work around them?

Katie: Talking about an entire decade in a relatively small exhibition space is a big challenge – it’s always hard to cut documents out of what we wanted to display.

One of our main considerations also had to do with the amount of paper records in the exhibition. We didn’t want lots of text heavy records, especially ones that are handwritten and can be quite hard to decipher. But paper records can be really impactful – in some cases, we wanted to display the full file or volume (not just a page) to show the scale of the records. For example, we’ve displayed the full security service file held on Shapurji Saklatvala which is full of monitoring documents, intercepted mail, briefing notes on where he has been – just to name a few. Including the whole file really shows how much information was captured about him.

Laura: Originally we wanted to draw more heavily on the connection between Covid and Spanish Flu. We have a film at the beginning of the exhibition showing authorities disinfecting London buses, but we originally wanted to include a leaflet sent out from the Ministry of Health that informed people of the dangers of influenza and concern for another wave. It was on our final object list but it wasn’t able to be included as it wasn’t possible to remove it from the volume it was in.

Katherine: Covid made working out what would go where quite tricky sometimes, as we couldn’t all sit together in one place planning it all out with post-it notes in the way you might imagine! 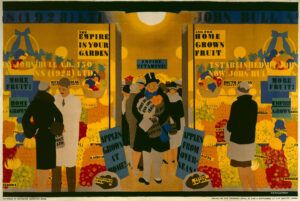 There were also challenges around how to talk about some stories, particularly those to do with empire. Some of the material we have is pro-empire publicity from the 1920s, which tells an important story about how the empire was thought of at the time and how the government talked about empire, but this is contrasted with stories from people who had moved to Britain from the empire who were suffering from discriminatory government initiatives and laws. We had to weave together two very different sides of a story that we had to make sense of and be sensitive about.

Katie: Yes – once we’d pulled together a long list of potential documents, we ordered them all up to the Collection Care studio and went through them with the team, who noted down any work the documents would need. As you walk into the exhibition, there’s a huge poster about how to fill in the 1921 Census – it’s a great document so we really wanted it to be front and centre, but it needed a lot of care. We in essence gave it a ‘shower’ – we have a video about it!

Laura: The whole exhibition revolves around the 1921 Census, but we couldn’t look at any census records until it was released in early January 2022. Some of the records we knew we were going to include in the exhibition we couldn’t look at until then, for example the census entry for Downing Street – quite interestingly, the Prime Minister was not residing there when the 1921 Census was taken!

Do you have a favourite record included in the exhibition?

Katherine: One of my favourite sections in the exhibition is the draper’s shop which displays textiles that were registered for copyright protection in the 1920s. We’ve managed to include some from Chanel – quite amazingly, a visitor to the exhibition recognised some of the fabric and has a photo of someone wearing a dress in the same pattern! It’s a great example of how sometimes the records themselves don’t give us everything we need – it requires a bit of luck and the input of people visiting to bring these records to life.

Katie: It often changes, but my constant favourite has been a document to do with the 1929 general election – the first election in which women could vote on equal terms to men after the Equal Franchise Act in 1928. Because of that, there were lots of electoral registration forms that needed to be amended. In the exhibition, we have one of those forms; it has been amended to include the pronouns ‘she’ and ‘her’, where before it only had ‘he’ and ‘him’.

I think it’s my favourite because we know that the Equal Franchise Act was momentous, but this quite innocuous document shows the story and the process behind that moment.

Laura: I also love the Equal Franchise Act record, but the Empire Marketing Board posters are fantastic, just because they’re so colourful! I love anything with a visual element to it – it’s really nice to come across something so engaging within government records. 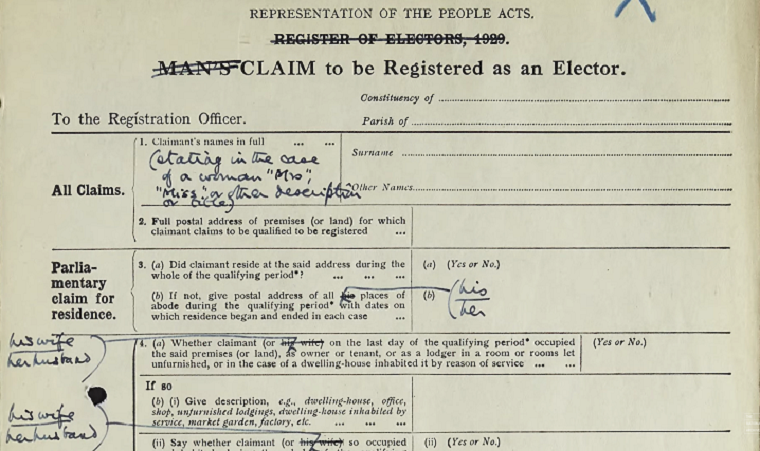 What are you hoping that the public takes away from this exhibition? How do you hope it will make an impact on them?

Laura: Because the 1921 Census is the inspiration behind the exhibition, I would like it to inspire people to look at the census themselves! Be that researching their own family history if their relatives were living in England and Wales at the time, researching people living in their house or in the local area, or looking at famous people.

Katherine: I really hope the exhibition can be a springboard for understanding lives of the 1920s. The 1921 Census gives people a chance to understand their ancestors, but it gives us quite granular information about specific people. I think the exhibition is a great way to contextualise that information and give you a sense of what life was like for them.

Katie: I’d like people to draw parallels between 1920s people and us today as 2020s people – they were also dealing with a pandemic and living in a society that is really advocating for change, amongst multiple other similarities. We would love people to have a think about that and how we are all 20s people.

Our exhibition may be closed, but you can still watch our curators’ highlights.