The making of 20sPeople: TikTok

In January this year, we launched our brand new TikTok channel with a special video series dedicated to bringing a number of characters to life, as part of our 20sPeople programme. We spoke to Dr Steven Franklin, our Digital Engagement Officer and the lead for our social media activity, to find out more. 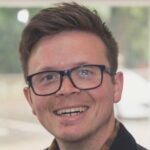 First things first, can you tell us a bit about the series?
Steven: At the start of this year we decided to take the plunge and launch The National Archives on TikTok. The 20sPeople programme, tying in with the release of the 1921 Census of England and Wales, offered us the perfect opportunity to bring some ‘20sPeople’ to life. If the 1921 Census provided us with the characters, then it was our hope that through the power of social media and storytelling we could bring some of the characters and through them, the era of the 1920s to life.

We found a company who had experience of producing similar content for other heritage organisations, and worked with them to bring eight different characters (and their occupations) to life. We have produced 4-5 one-minute videos for each character, designed to provide a brief glimpse into what their lives would have been like and the issues they would have faced. The videos are deliberately short, in keeping with the transient nature of TikTok.

What inspired you to bring the 1920s to life like this?

Steven: The 1920s is an iconic decade. A decade that conjures a highly romanticised form of cultural nostalgia, imbued with images of flappers, cloche hats, and the Charleston. Of course, these tropes are cliché, and as our exhibition, The 1920s: Beyond the Roar, reveals, there was a lot of grit behind the perceived glamour of the 20s. 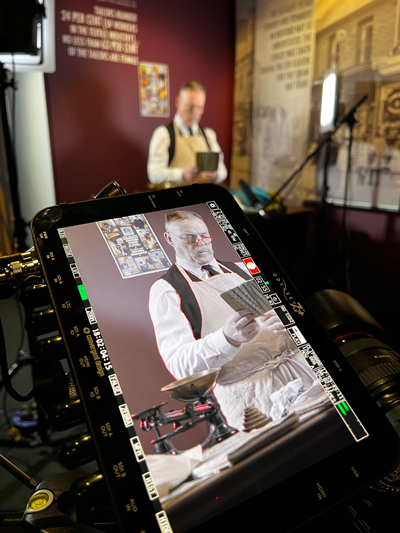 But these clichés provided the perfect opportunity to be creative and devise ways in which we could capture the essence of the 1920s and bring it to life. In this sense, TikTok – with its inherent theatricality and focus on performance – provided the perfect canvas upon which to present this information.

I think it’s fair to say, that this marked a departure from the type of digital content that we usually produce. The focus of these videos is not the archival record. Instead, the record – in this case the 1921 Census – has acted as a gateway into the 1920s, allows us to explore occupations, reference events of the decade, and unpick societal issues in a creative and entertaining way.

There’s a lot of social media platforms out there with video capabilities. Why TikTok?

Steven: In line with our Archives for Everyone strategy, we are always looking for new ways to engage with new audiences. Whilst TikTok has grown in popularity and moved away from just being the preserve of Gen Z, in terms of user demographics it still skews heavily toward younger users, much more so than the other social media platforms. Traditionally, this isn’t an audience that we have engaged with very regularly. The potential to increase brand awareness amongst this group of people (and demonstrate that we’re not all about repositories and brown boxes) undoubtedly provided a huge impetus to take the leap.

Also there are just not enough archives represented on TikTok, something which we felt needed to be rectified immediately, having seen the success that other cultural organisations (such as the Black Country Living Museum and English Heritage) had achieved on TikTok during the pandemic. We were inspired to give it a go and see if we could use the platform to both educate and entertain a much younger audience!

How did you decide which characters/pastimes you would feature?

Steven: I’d like to be able to say that whittling down the occupations to just eight was easy. That, however, would be a lie! We spent many months thinking about who we were producing the content for and what might be of interest to them. But we also didn’t want to present a distorted view of the 1920s. It would have been easy to pick a selection of occupations that were quirky, piquing viewers’ interest with the surprising elements rather than the day-to-day experiences.

In the end, we let the idea of relatability be our guiding tenet. All of the occupations we settled upon have 21st century equivalents – and if they do not directly overlap with today, the characters’ worldview and perspectives resonate with today. 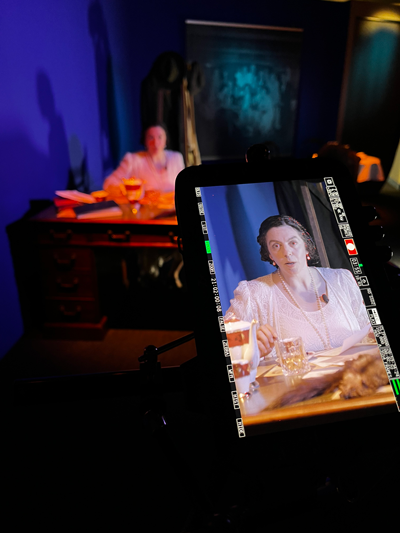 What were the challenges of creating the series?

Steven: In trying to do anything that is inherently creative there are bound to be challenges, and this project was no different. I think the biggest challenge for us was finding the balance between historical accuracy and interpretation. Much like historical fiction, we were trying to build a world that was believable, true to the lived experience, and reflected the evidence of the archival record. Like any good piece of historical fiction, the boundary between fact and fiction should be blurred. In fact, that blurred boundary is integral to success. If the elements of fiction are obvious and standout, then the whole thing falls down.

Do you have any personal highlights?

Steven: There have been many highlights. The whole project has been a creative journey and, as such, we’ve been able to create characters, read and edit scripts, and then see these scripts be performed and filmed. Perhaps my personal highlight, however, is seeing the positive engagement and comments these videos have generated. Beyond anything else, it’s confirmed my belief that ‘edutainment’ is possible! We can raise interesting and historically based ideas through creative practice. If the content is relatable, people will respond with their own thoughts and experiences.

As we approach the end of the series and publish the last few videos, I must confess that I have become quite accustomed to hearing the grumpy moans of our Railway Engineer, the cheerful cockney chirp of the Newspaper Seller, and reassuring tone of our Vaccinator.

Check out The National Archives on TikTok here: https://www.tiktok.com/@uknatarchives?lang=en

Read about the making of our recent exhibition, the 1920s: Beyond the Roar: https://www.nationalarchives.gov.uk/20s-people/the-making-of-20speople-the-1920s-beyond-the-roar/

Read about the making of our audio drama series, Once British Always British exploring the experiences had by those who came to Britain in the 1920s from elsewhere in Britain’s empire: https://www.nationalarchives.gov.uk/20s-people/behind-the-scenes-once-british-always-british/