Planning for the future?

Get your hair done on the NHS? 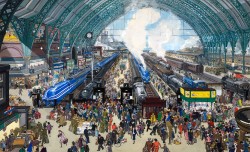 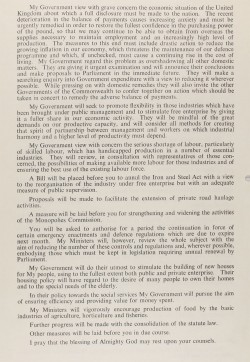 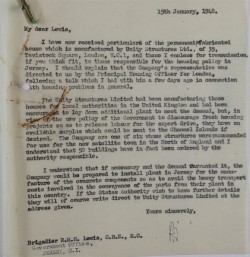 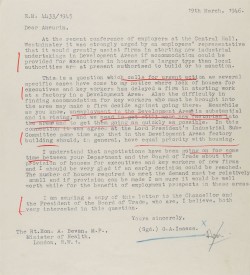 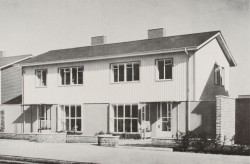 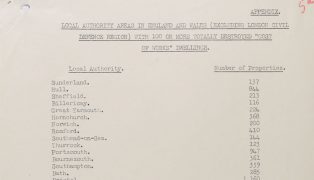 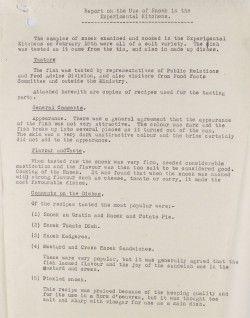 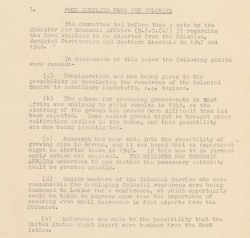 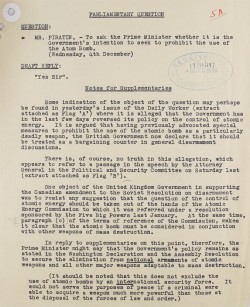 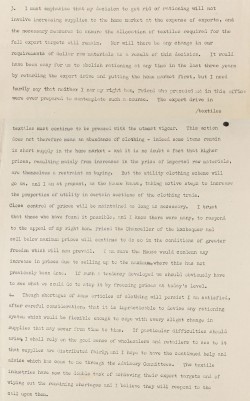 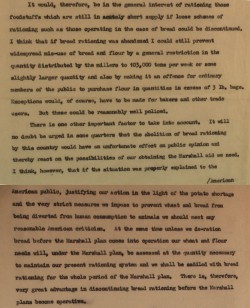 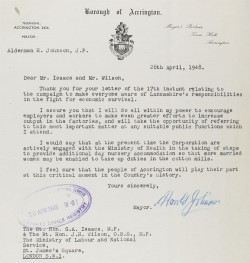 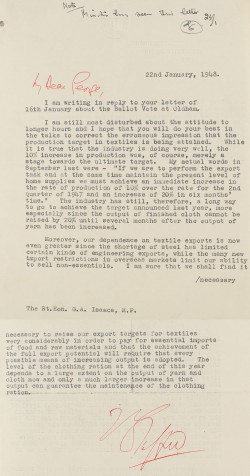 The purpose of this document collection is to allow students and teachers to develop their own questions and lines of historical enquiry on Attlee’s Britain, 1945-1951. The documents themselves are arranged according to theme, so that sources are grouped together rather than following a strict chronological order.

Students could work with a group of sources or source type on a certain theme or linked themes. The documents should offer them a chance to develop their powers of evaluation and analysis and support their course work. Alternatively, teachers may wish to use the collection to develop their own resources or encourage students to ‘curate’ their own ‘exhibition’ of the most significant sources on the topic. Another idea would be to see if they can use the documents to substantiate or dispute points made in the introduction to the collection. Students could also use more documents from our Cabinet Papers website. Finally, there is an opportunity to consider film sources as interpretations of these events in relation to the documents by following the links to British Public Information films and British Pathe.

The Attlee years were a remarkable time. The years between 1945 and 1951 saw nothing less than the birth of modern Britain. Most obviously, the universal welfare state that we now take for granted was created by the Labour government of Clement Attlee. Mass immigration began as new residents arrived from the West Indies, India and Pakistan. Ultimately this was to change the face of the country. Yet while the period is remembered as a golden age of renewal, it is frequently forgotten that Attlee’s Britain was in fact a drab and often unpleasant place to live.

The war shattered Britain’s finances, but had also instilled a longing for a better future. This found political expression in the outcome of the 1945 general election, where the Labour party won its first ever parliamentary majority in a landslide victory.

The most enduring legacy of the Attlee years is the welfare state. The Labour government implemented many of the ideas expounded in the Beveridge report, a 1942 official study recommending a welfare state to insure people from ‘the cradle to the grave’. It became a national phenomenon, a blueprint for the creation of the ‘New Jerusalem’: a prosperous yet egalitarian society.

Attlee’s welfare state reflected this ambition. All taxpayers contributed to social insurance, and everyone in the country was covered by it. Levels of benefits were standardised. The retirement pension was open to all and could now be claimed at the age of sixty-five rather than seventy. Under a scheme of family allowances, parents would receive a weekly payment upon the birth of their second child (and this would increase with any subsequent children).

But the most significant measure was the creation of the National Health Service in July 1948. In replacing the ramshackle and localised pre-war system of healthcare, and in committing the state to treat people free of charge no matter their condition, the NHS quickly became enshrined as a cornerstone of national life.

The government pursued radical policies elsewhere. Efforts were made to improve education for the mass of the people through the 1944 Education Act, and – in an attempt to avoid the high unemployment of the thirties – key sectors of the economy were nationalised. The most important were heavy industries like coal and steel, and infrastructure such as railways. The nationalisation programme stood alongside the welfare state as the major legacy of the Attlee Years, enduring for more than three decades.

But it was not all golden. Attlee’s Britain was hit by severe economic storms. A balance of payments crisis in 1947 retarded the economy and while the problems were largely a product of the war – as well as a notorious winter in 1947 – it is possible that a premature creation of the universal welfare state inhibited a return to prosperity.

Everyday life was drab and colourless. The Attlee years were blighted by inadequate and substandard housing. Living standards were a major issue: rationing was actually extended during the post-war era, and in 1946 bread was rationed for the first time. Housewives struggled to feed their families; prices rose; calorie intake for most people was below pre-war levels; and there were precious few consumer goods on the shelves. This grey existence quickly fractured the unity of wartime. Britain was a country deeply unsure of itself. As such while the era of Attlee exerts a significant hold over the national memory, it is equally important to emphasise that Britain at this time was not a particularly attractive place to live. Memory does play tricks, after all.

Robert Crowcroft is the author of “Attlee’s War: World War II and the Making of a Labour Leader”

Experiences of immigration to the UK

Never so good? Or too good to be true?