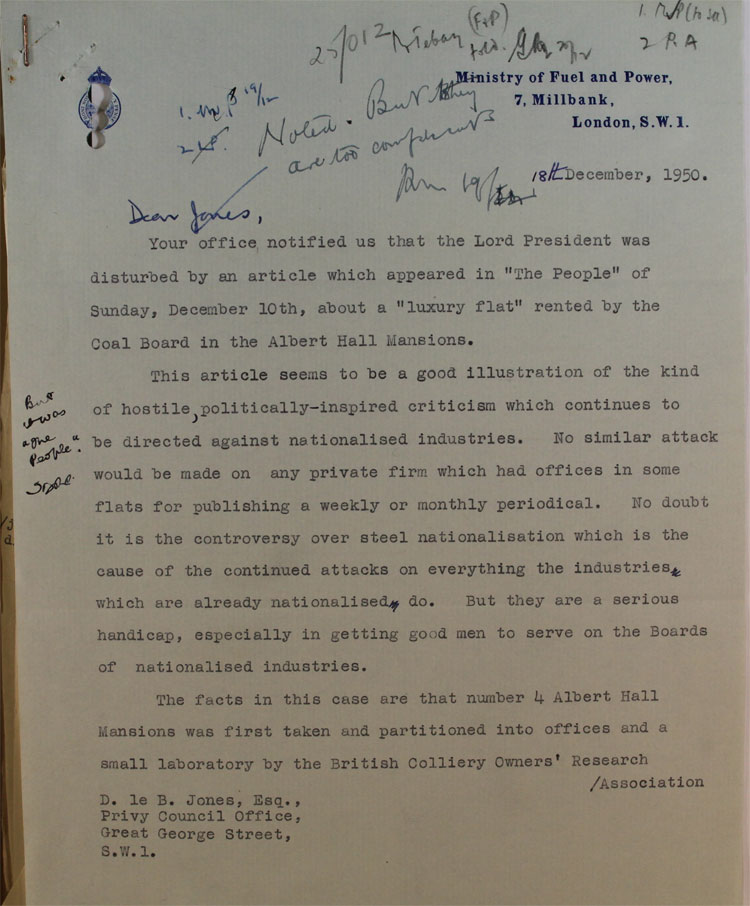 A letter from the Ministry of Fuel and Power to the Privy Council Office, at time of steel nationalisation, 18th December, 1950 (MT 74/188)

Your office notified us that the Lord President was disturbed by an article which appeared in “The People” of Sunday, December 10th, about a “luxury flat” rented by the Coal Board in the Albert Hall Mansions.

This article seems to a good illustration of the kind of hostile, politically inspired criticism which continues to be directed against nationalised industries. No similar attack would be made on any private firm which has offices in some flats for publishing a weekly or monthly periodical. No doubt it is controversy over steel nationalisation which is the cause of the continued attacks on everything the industries which are already nationalised do. But they are a serious handicap, especially in getting good men to serve on the Boards of nationalised industries.

The facts in this case are that number 4 Albert Hall Mansions was first taken and partitioned into offices and a small laboratory by the British Colliery Owner’s Research Association.