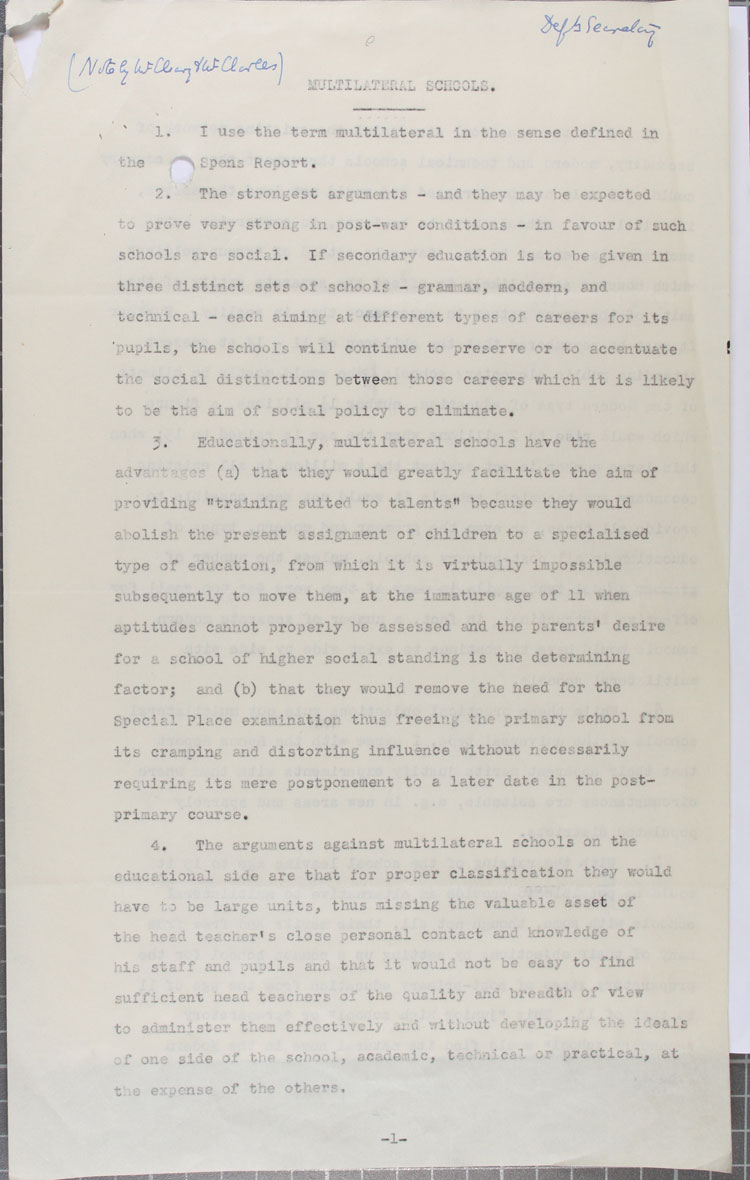 Extract from notes from a series of Education committee meetings about multilateral schools [comprehensives], 1942-1943 (ED 136/300)

1. I use the term multilateral in the sense defined in the Spens Report

2. The strongest arguments- and they may be expected to prove very strong in post-war conditions- in favour of such schools, are social. If secondary education is to be given in three distinct sets of schools-grammar, modern, and technical- each aiming at different types of careers for its pupils, the schools will continue to preserve or to accentuate the social distinctions between those careers which it is likely to be the aim of social policy to eliminate.

3. Educationally multilateral schools have the advantage (a) that they would greatly facilitate the aim of providing “training suited to talents” because they would abolish the present assignment of children to a specialised type of education, from which it is virtually impossible subsequently to move them, at the immature age of 11when aptitudes cannot properly be assessed and the parents’ desire for a school of higher social standing is the determining factor; and (b) that they would remove the need for the Special Place examination thus freeing the primary school from its and distorting influence without necessarily requiring its mere postponement to a later date in the post-primary course.

4. The arguments against multilateral schools on the educational side are that for proper classification they would have to be large units, thus missing the valuable asset of the head teacher’s close personal contact and knowledge of his staff and pupils and that I would not be easy to find sufficient head teachers of the suitability and breadth of view to administer them effectively and without developing the ideals of one side of the school, academic, technical or practical, at the expense of the others.