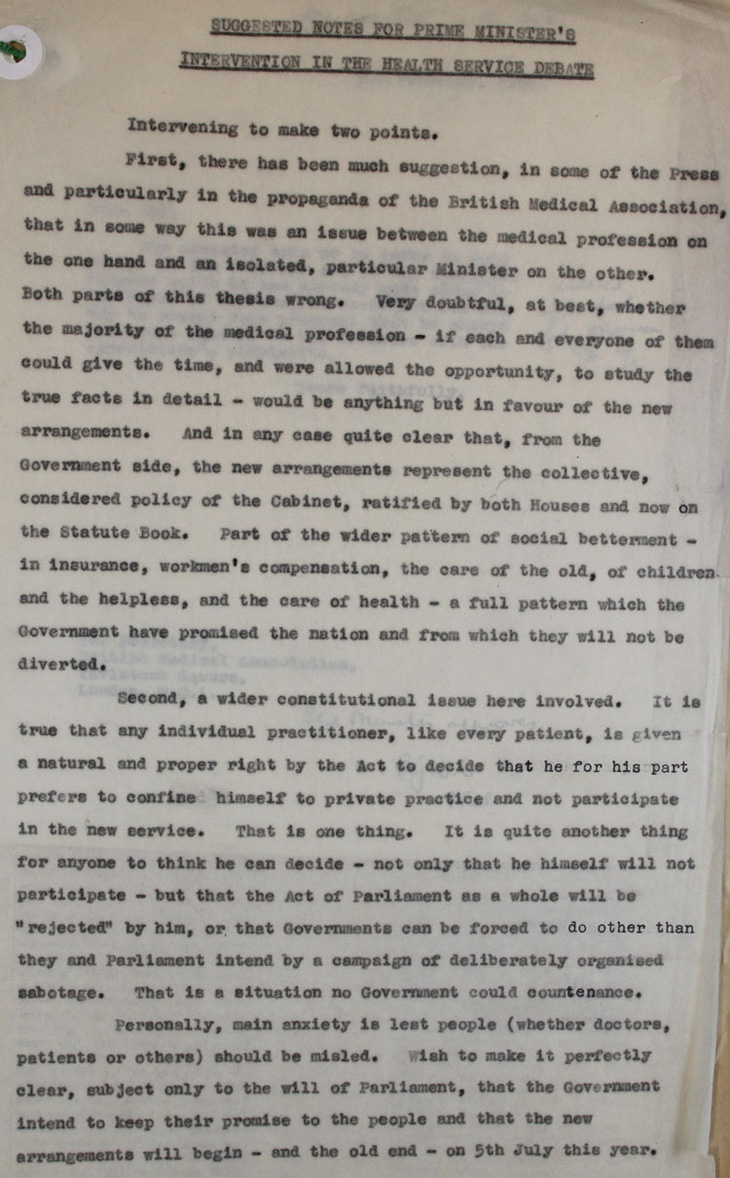 First, there has been too much suggestion, in some of the Press and particularly in the propaganda of the British Medical Association, that in some way this was an issue between the medical professional on the one hand and an isolated, particular Minister on the other. Both parts of this thesis are wrong. Very doubtful, at best, whether the majority of the medical profession- if each and everyone of them could give the time, and were allowed the opportunity, to study the true facts in detail – would be anything but in favour of the new arrangements. And in any case quite clear that, from the Government side, the new arrangements represent the collective, considered policy of the cabinet, ratified by both Houses and now on the Statute Book. Part of the wider pattern of social betterment- in insurance, worker’s compensation, care of the old, of children and the helpless, and the care of health- a full pattern which the Government have promised the nation and from which they will not be diverted.

Second, a wider constitutional issue here involved. It is true that any individual practitioner, like every patient, is given a natural and proper right by the Act to decide that he for his part prefers to confirm himself to private practice and not participate in the new service. That is one thing. It is quite another thing for anyone to think he can decide- not only that he himself will not participate- but that the Act of Parliament as a whole will be “rejected” by him or that Governments can be forced to do other than they and Parliament intend by a campaign of deliberately organised sabotage. That is a situation that no Government could countenance.

Personally, main anxiety is lest people (whether doctors, patients or others) should be mislead. Wish to make it perfectly, subject only to the will of parliament, that the government intend to keep their promise to the people and that the new arrangements will begin – and the old end- on 5th July this year.