The First Anglo-Boer War – also known as the First Transvaal War of Independence – was a conflict from 1880 to 1881 between the British colonizers and the Boers from the Transvaal Republic.

Look closely at the photograph below from the South African War. Do you think it’s staged? Why or why not? 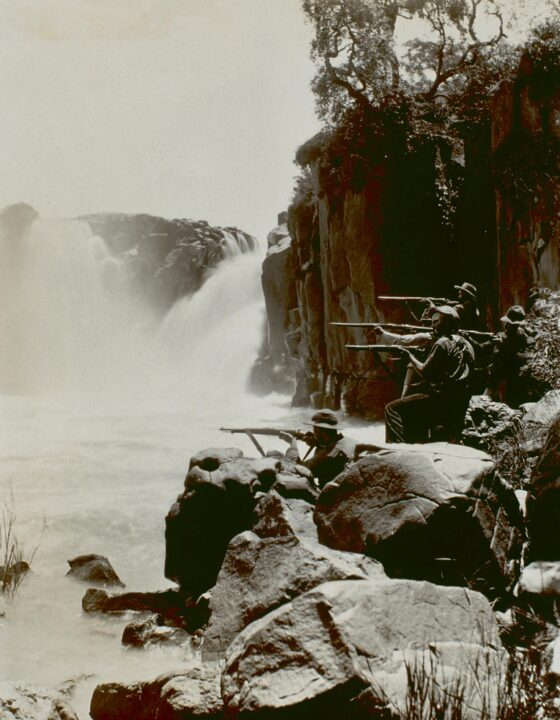 Reginald Sheppard was in the Boer Commando in Pretoria [guerrilla military unit in South Africa.] He was a professional photographer who used his camera in the conflict. Some of his photographs, like the one above, were posed.

How can we tell?

If you are trying to work out if a photograph has been staged:

Finally, it is important to remember that early photographs from the 1840s and 1850s required very long exposure times, so people had to sit still for very long time in formal positions. The invention of the Box Brownie camera and other portable devices in the 1880s and 1890s meant that the subjects for photography expanded to capture a broader range of people, places and subjects.

Find out more about photography in the South African War