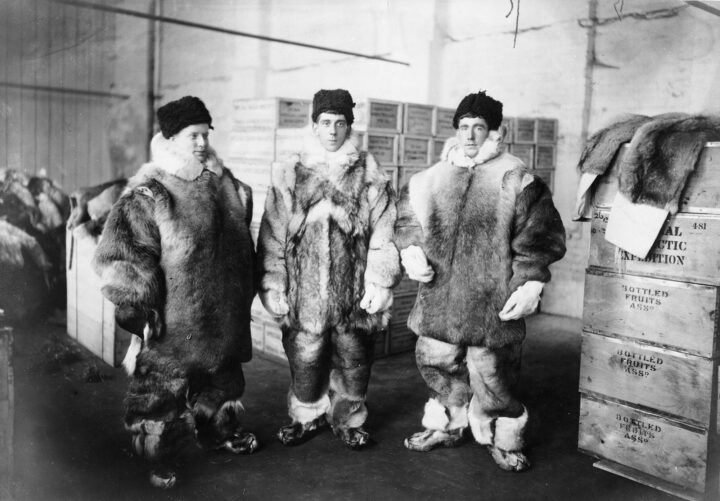 Look closely at photograph above.

Select the right caption for this photograph out of the below. Give reasons for your choice.

This photograph was taken in 1901 and shows members of the National Antarctic Expedition led by Captain Robert Falcon Scott. He was the first British explorer to reach the South Pole and explore Antarctica extensively by land in the early 1900s. The original caption is: Three members of R F Scott’s 1901 Antarctic Expedition at East India Docks (Catalogue ref: COPY 1/452).

In this case it is very useful to have the original caption with the date, as some of the other made up captions here might have seemed appropriate. Don’t forget that a caption can change the meaning of a photograph.

A photograph is only as good as its caption! This means it is important to establish the context of a photograph in order to work out the truth of the caption. You may, for example, conclude that a photograph is propaganda once you know its origin or have assessed it as posed. However, even if this is the case, it does not reduce the value of the image as evidence for the past. It still offers insight into the motives for producing the image in the first place.