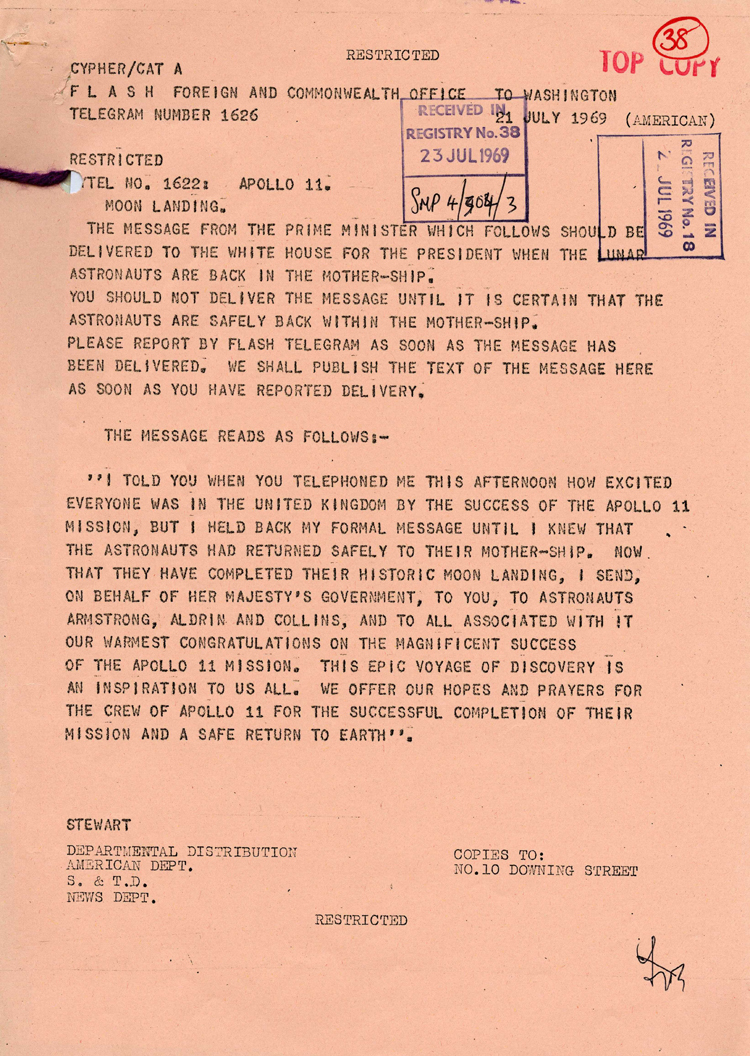 Telegram from the Foreign and Commonwealth Office to Washington, July 1969 (FCO 55/351)

The message reads as follows:-

“I told you when you telephoned me this afternoon how excited everyone was in the United Kingdom by the success of the Apollo 11 Mission, but I held back my formal message until I knew that the astronauts had returned safely to their mother-ship. Now that they have completed their historic moon landing, I send, on behalf of Her Majesty’s Government, to you, to astronauts Armstrong, Aldrin and Collins, and to all associated with it our warmest congratulations on the magnificent success of the Apollo 11 mission. This epic voyage of discovery is an inspiration to us all. We offer our hopes and prayers for the crew of Apollo 11 for the successful completion of their mission and a safe return to earth”.

COPIES TO:
No. 10 DOWNING STREET