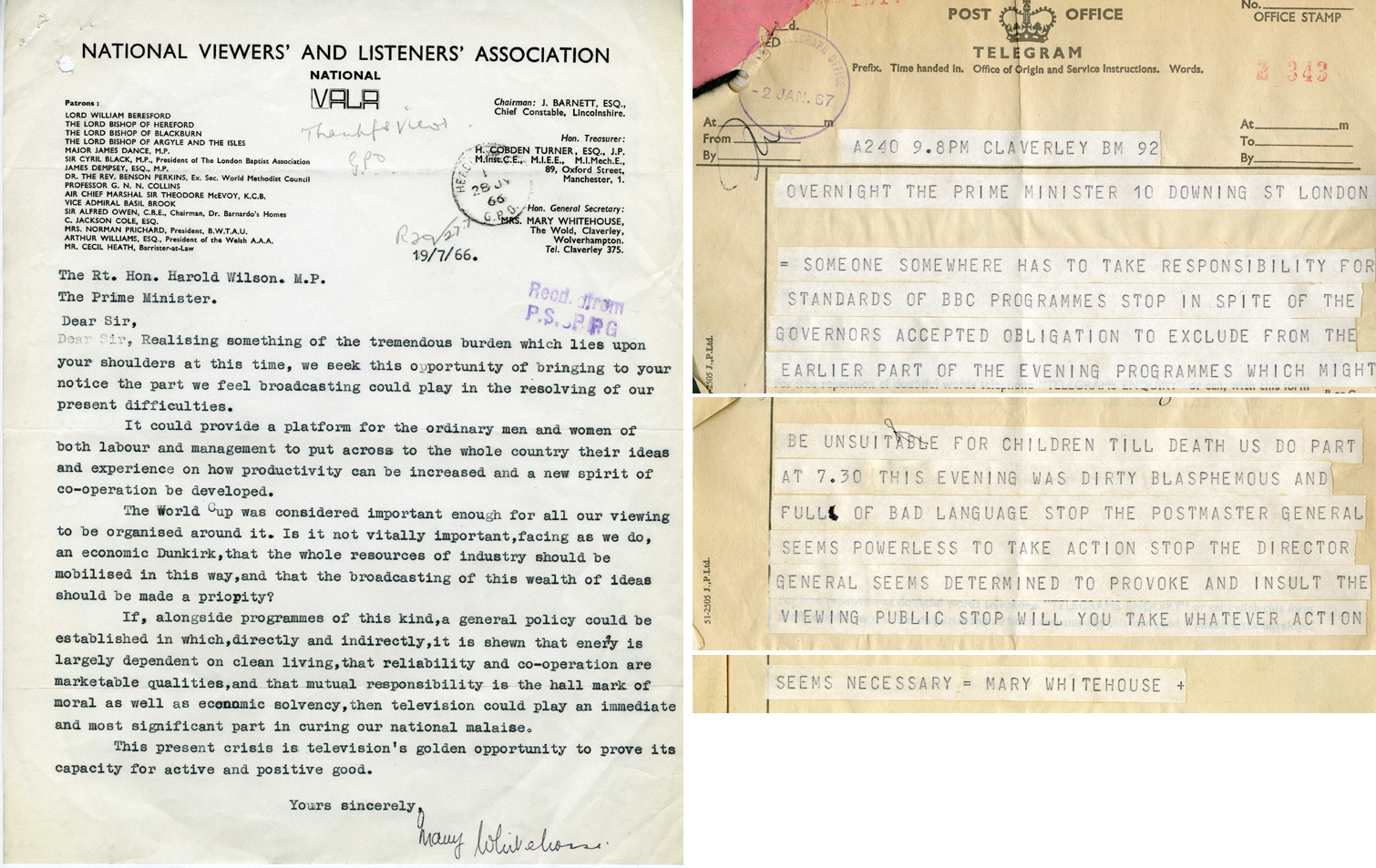 Realising something of the tremendous burden which lies upon your shoulders at this time, we seek this opportunity of bringing to your notice the part we feel broadcasting could play in the resolving of our present difficulties.

It could provide a platform for the ordinary men and women of both labour and management to put across to the whole country their ideas and experience on how productivity can be increased and a new spirit of co-operation be developed.

The World Cup was considered important enough for all our viewing to be organised around it. Is it not vitally important, facing as we do, an economic Dunkirk, that the whole resources of industry should be mobilised in this way, and that the broadcasting of this wealth of ideas should be made a priority?

If, alongside programmes of this kind, a general policy could be established in which, directly and indirectly, it is shewn that energy is largely dependent on clean living, that reliability and co-operation are marketable qualities, and that mutual responsibility is the hall mark of moral as well as economic solvency, then television could play an immediate and most significant part in curing our national malaise.

This present crisis is television’s golden opportunity to prove its capacity for active and positive good.

Someone somewhere has to take responsibility for standards of BBC programmes STOP In spite of the governors accepted obligation to exclude from the earlier part of the evening programmes which might be unsuitable for children Till Death Us Do Part at 7.30 this evening was dirty blasphemous and full of bad language STOP The Postmaster General seems powerless to take action STOP The Director General seems determined to provoke and insult the viewing public STOP Will you take whatever action seems necessary