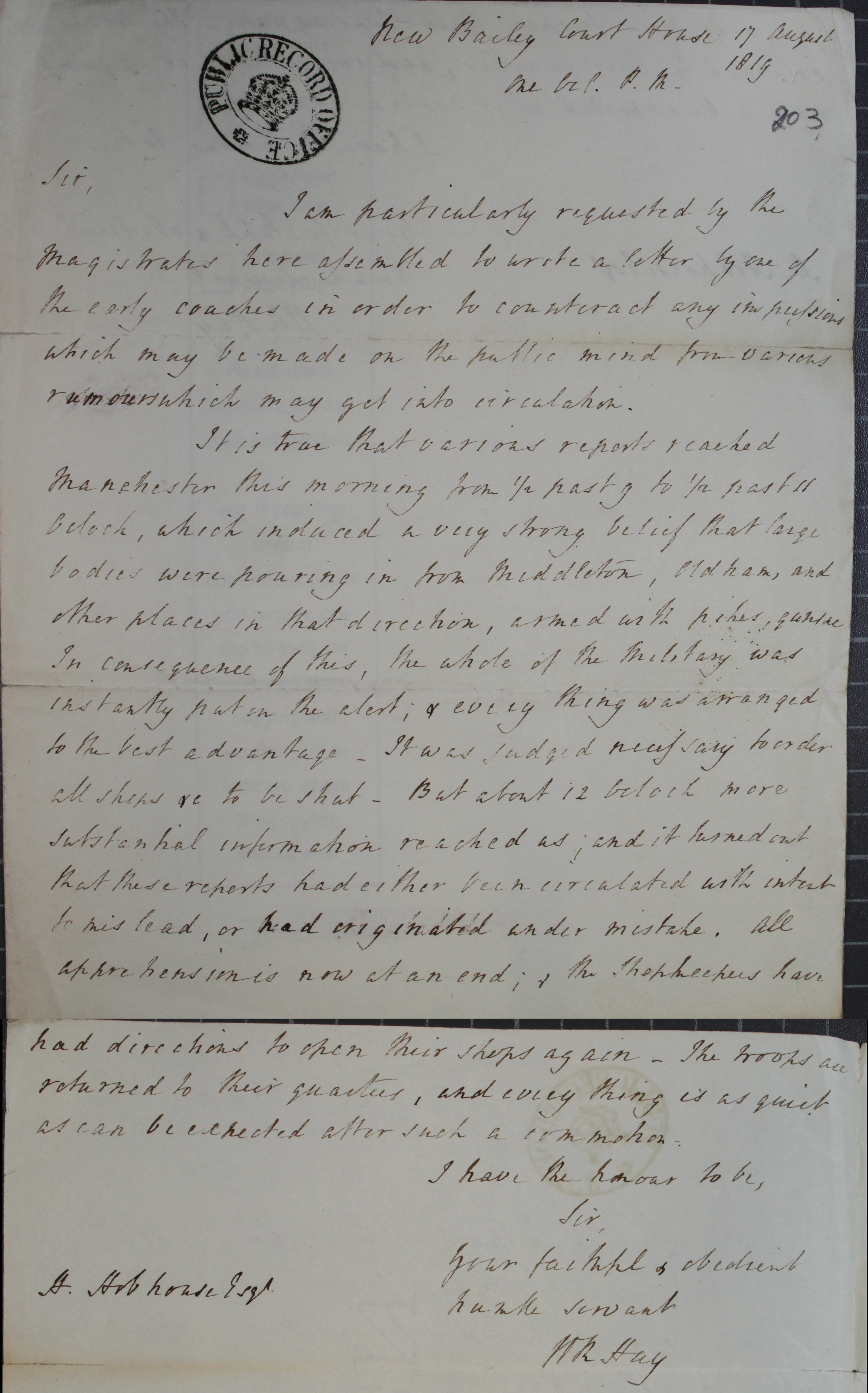 Letter sent at one o’clock in the afternoon from Reverend W R Hay to Henry Hobhouse, Permanent Under-Secretary at the Home Office, 17 August 1819. This letter is about the rumours that crowds were returning to attack Manchester the next day.

I am particularly requested by the Magistrates here assembled to write a letter by one of the early coaches in order to counteract any impressions which may be made on the public mind from various rumours which may get into circulation.

It is true that various reports reached Manchester this morning from ½ past 9 to ½ past 11’o clock, which induced a very strong belief that large bodies were pouring in from Middleton, Oldham, and other places in that direction, armed with pikes, guns etc.

In consequence of this, the whole of the military was instantly put on the alert, and everything was arranged to the best advantage. It was judged necessary to order all shops to be shut. But about 12 o’clock more substantial information reached us, and it turned out that these reports had either been circulated with interest to mislead, or had originated under mistake. All apprehension is now at an end, and the shopkeepers have had directions to open their shops again. The troops are returned to their quarters, and everything is as quiet as can be expected after such a commotion.

I have the honour to be,
Sir,
Your faithful and obedient Servant,
W.R. Hay