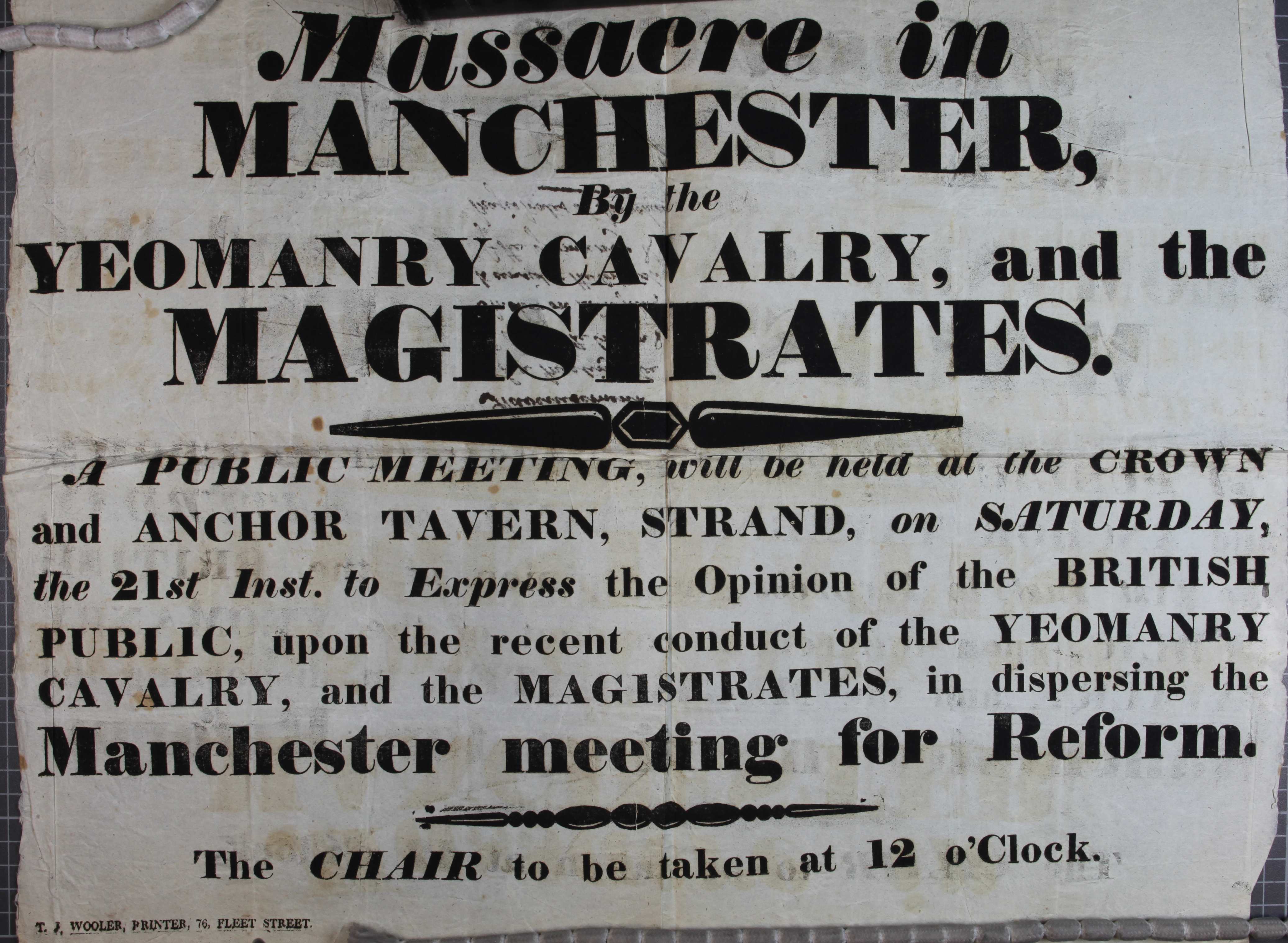 A poster for a public meeting in London to show disapproval about the events that took place in Manchester. It showed a rapid response in London, as Spenceans arranged a meeting for 21 August 1819 (catalogue reference HO 42/192 f322)

By the
YEOMANRY CAVALRY, and the
MAGISTRATES

A PUBLIC MEETING, will be held at the CROWN AND ANCHOR TAVERN, STRAND, on SATURDAY, 21st Inst. to Express the Opinion of the BRITISH PUBLIC upon the recent conduct of the YEOMANRY,
CAVALRY, and the MAGISTRATES, in dispersing the Manchester meeting for Reform

The CHAIR to be taken at 12 o’clock