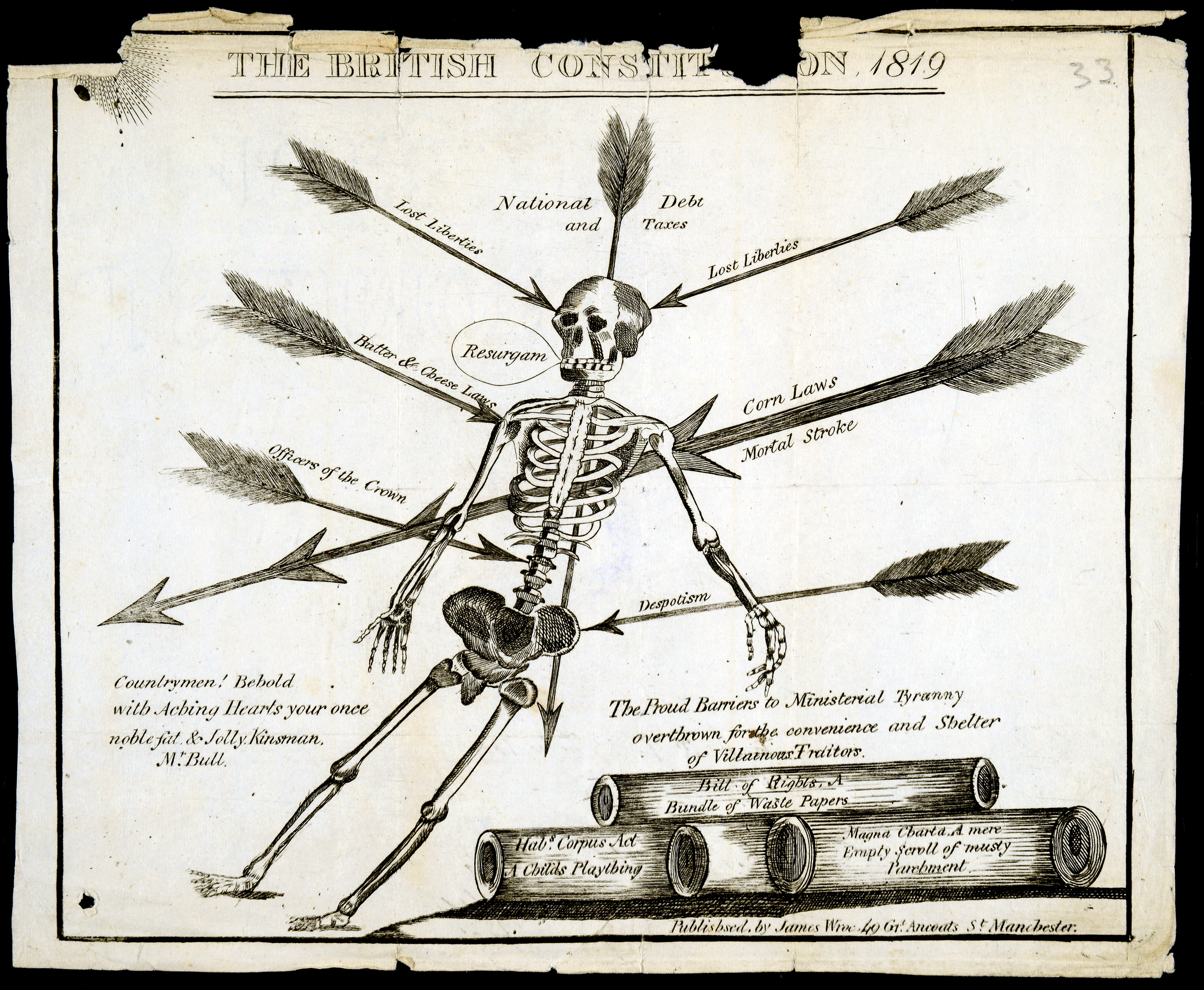 This cartoon was sent to Viscount Sidmouth by Colonel Fletcher from Hollins near Bolton-le-Moors, 25 February 1819, with other several letters informing the Home Secretary about the establishment of a union room in Oldham. These were rooms set up for political meetings, but they also had an educational purpose and were spaces where people could discuss books and newspapers. While referring to this image as issued by the Manchester Observer offices in a letter [HO 42/184 f32], Fletcher wrote that ‘if the lower class can stand all these things it will be suppression indeed’.

A cartoon of John Bull* drawn as a skeleton pierced by a series of labelled arrows:

From the top, in a clockwise direction:

Speech bubble emerging from the skull of the skeleton says: Resurgam [Latin meaning: ‘I shall rise again’]

Writing at bottom right of skeleton: The Proud Barriers to Ministerial Tyranny overthrown for the convenience and Shelter of Villainous Traitors.

Below these words four scrolls are depicted and labelled as: Bill of Rights**, Bundle of Waste Papers; Habeous Corpus Act***, A Child’s Plaything; Magna Charta [Carta], A mere Empty Scroll of musty Parchment.

* ‘John Bull’ an imaginary character used to represent the United Kingdom, and England in particular, in political cartoons. He is usually shown as cheerful, tubby and middle-aged.

** Bill of Rights [full title]: An Act Declaring the Rights and Liberties of the Subject and Settling the Succession of the Crown.

*** Habeous Corpus Act: aimed to protect individual liberty, preventing unlawful imprisonment. Habeas Corpus is Latin for ‘you may have the body’– subject to legal examination before a court.