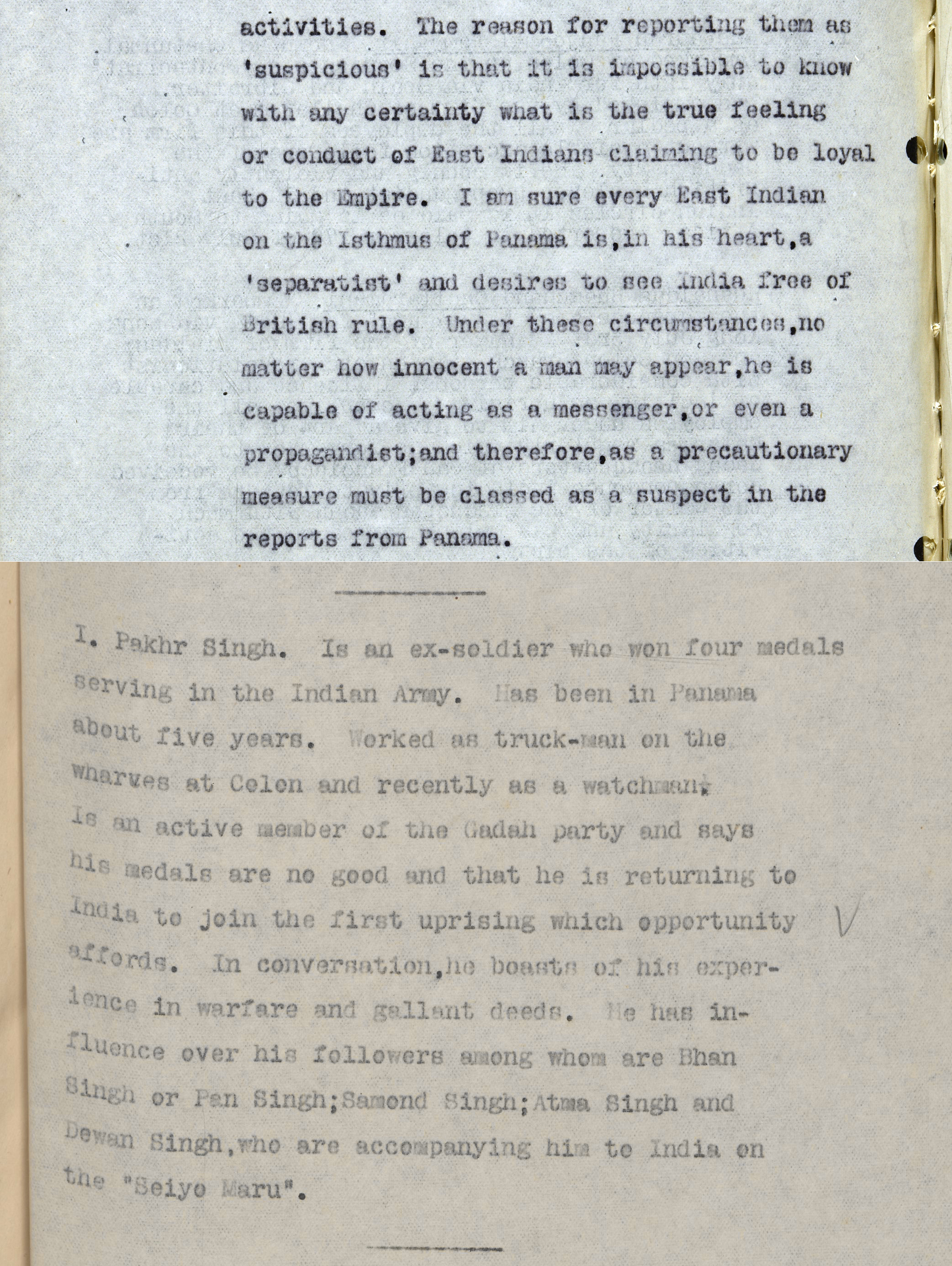 This extract is written by an official at the British Embassy in Panama. It is based on a report from a British secret agent in San Francisco outlining ‘East Indian’ (a blanket term describing people from the Indian sub-continent) ‘seditious’ propaganda in Panama. In the agent’s view every ‘East Indian’, however innocent, is at heart a seditionist desiring an end to British rule in India. The extract gives an insight into British surveillance tactics. Despite the fact that the Embassy Official is unsure of the accuracy of the agent’s report, he is nonetheless willing to forward it to the Indian government. The example he provides of Pakhr Singh, an ex-Indian army Sikh with medals, is interesting.

… The reason for reporting them as ‘suspicious’ is that it is impossible to know with any certainty what is the true feelings or conduct of East Indians claiming to be loyal to Empire. I am sure every East Indian on the Isthmus of Panama is, in his heart, as ‘separatist’ and desires to see India free of British rule. Under these circumstances, no matter now innocent a man may appear, he is capable of acting as a messenger, or even a propagandist; and therefore, as a precautionary measure must be classed as a suspect in this report from Panama.

1. Pakhr Singh. Is an ex-soldier who won four medals serving in the Indian Army. Has been in Panama five years. Worked as a truck-man on the wharves at Colon and recently as a watchman. Is an active member of the Gadah party and says his medals are no good and that he is returning to India to join the first uprising which opportunity affords. In conversation, he boasts of his experience in warfare and gallant deeds. He has influence over his followers among whom are Bhan Singh or Pan Singh, Samond Singh, Atma Singh and Dewan Singh, who are accompanying him to India on the ‘Seiyo Maru’.