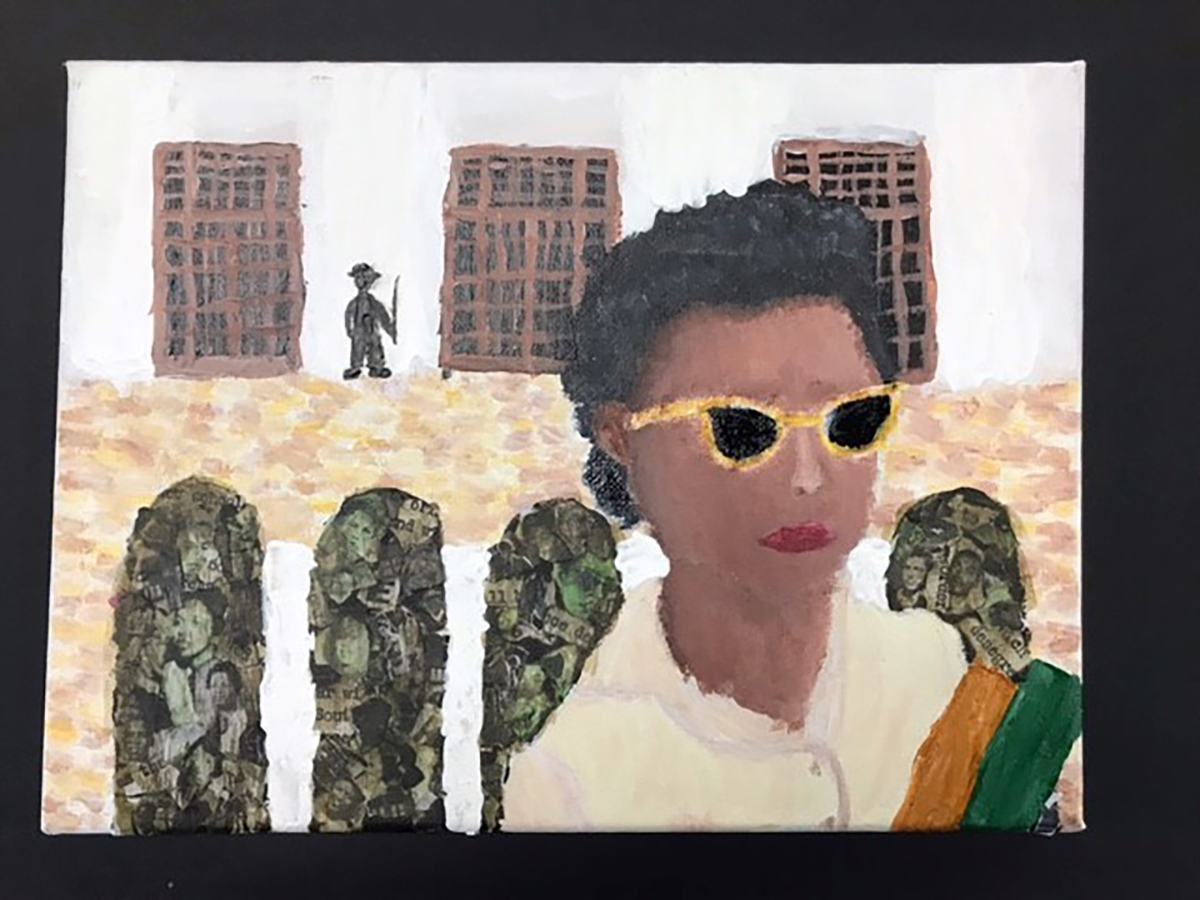 Charlotte has created a fantastic painting which is immediately recognisable. It makes clear links with the historical documents and photographs from Little Rock. The use of paint is skilful especially in the defiant portrait of Elizabeth Eckford. It is a powerful piece which links both past and present struggles in a creative and impactful way. —L.P

Good application of paint in terms of tone, texture and colour. Attention is drawn to the cool composure of the female subject who appears nonchalant in her dark glasses, which she uses as her defence against the intense racial hatred of the time. —G.R.

I love the painterly, descriptive way of near and far in which this piece has been executed. Charlotte obviously likes the nature of paint in itself, using thick paint and impasto in the foreground bringing the figure forward. She also understands that thinning the paint will make objects look further away. The determined figure, one of the nine black students in the foreground looks outward, books in hand towards a desegregated education. The college building in the background feels far away and unattainable. We sense the baying, racist mob in the large boulder like forms blocking her way. This piece fills me with hope for the future. —S.D.

‘I chose source 2 from Racial troubles at Little Rock because I think that the statistics it shows really help you to understand the extent of hate in the South. The source details the struggle to allow integration in the school, and the attempts of mobs to prevent it.’

Return to Capturing our Collections