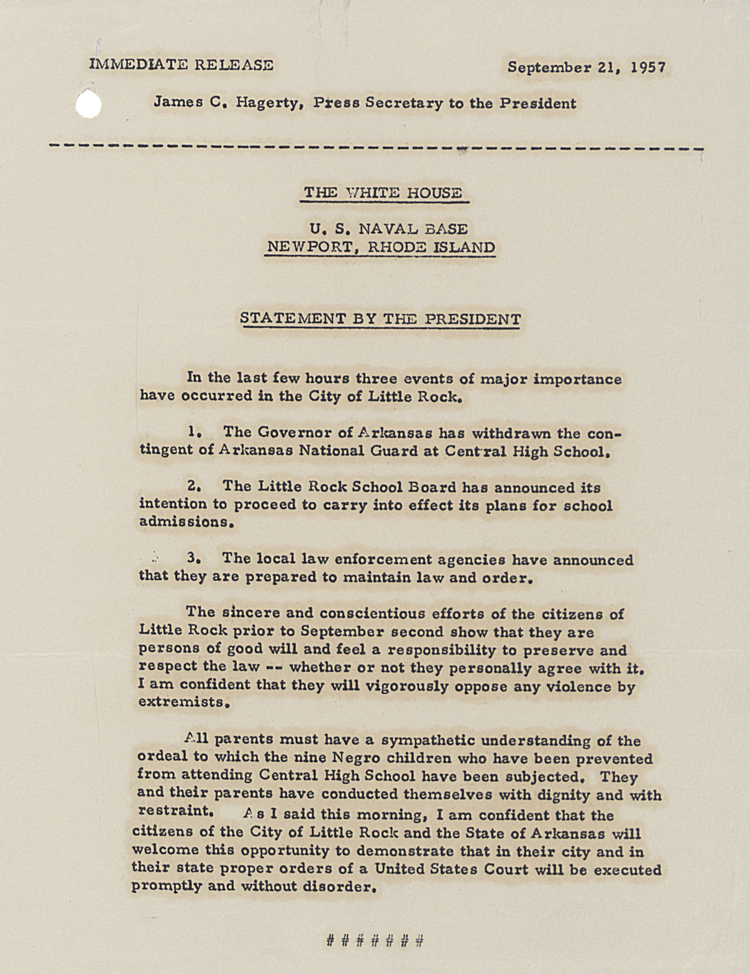 STATEMENT BY THE PRESIDENT

In the last few hours three events of major importance have occurred in the City of Little Rock.

1. The Governor of Arkansas has withdrawn the contingent of Arkansas National Guard at Central High School.

2. The Little Rock School Board has announced its intention to proceed to carry into effect its plans for school admissions.

3. The local law enforcement agencies have announced that they are prepared to maintain law and order.

The sincere and conscientious efforts of the citizens of Little Rock prior to September second show that they are persons of good will and feel a responsibility to preserve and respect the law — whether or not they personally agree with it. I am confident that they will vigorously oppose any violence by extremists.

All parents must have a sympathetic understanding of the ordeal to which the nine Negro children who have been prevented from attending Central High School have been subjected. They and their parents have conducted themselves with dignity and with restraint. As I said this morning, I am confident that the citizens of the City of Little Rock and the State of Arkansas will welcome this opportunity to demonstrate that in their city and in their state proper orders of a United States Court will be executed promptly and without disorder.