We support doctoral students across a range of disciplines by providing supervision and access to research facilities. Most of our current students are funded through the Arts and Humanities Research Council (AHRC)’s Collaborative Doctoral Partnership (CDP) scheme. 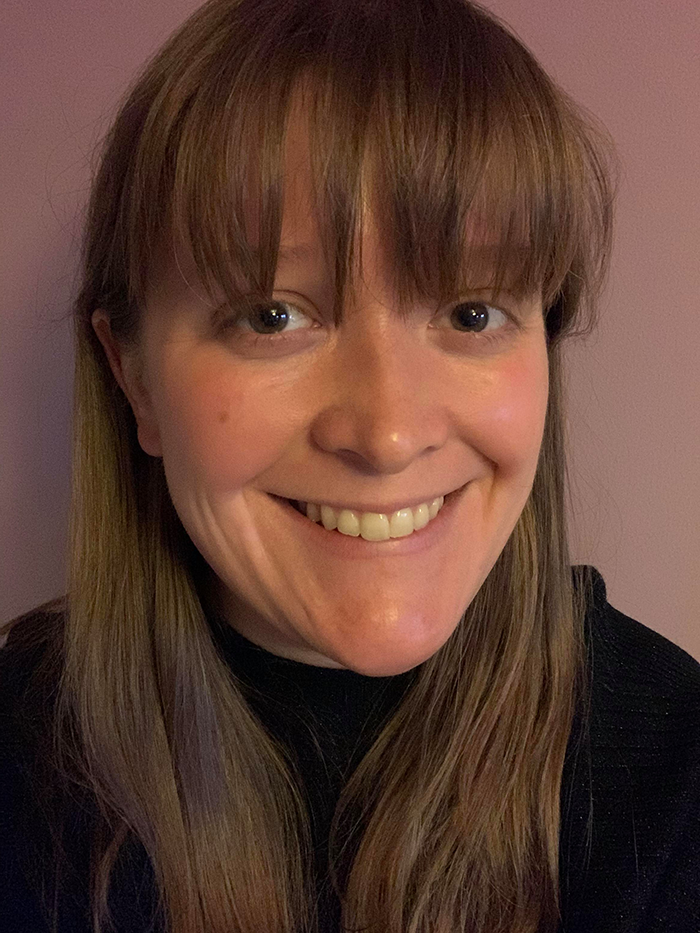 This project will explore the relationship between the British government, prosthetics manufacturers and men whose limbs were amputated as a result of service during the two world wars. It will explore the social, economic and cultural impact of this form of war disability, with a focus on the agency of disabled individuals as demonstrated through interactions with political and industrial institutions. Building on the work of historians of welfare, medicine, and disability this project will examine the influence of a specific category of disabled individuals on the shape of state-provided medical care in 20th-century Britain. 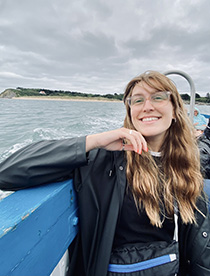 This research will take an intersectional approach to the marginalised identities of gender, sexuality, ethnicity, and (dis)ability within Cold War and post-Cold War spy narratives. The project will study the crossovers between spy fiction and the cultural history of spycraft, utilising The National Archives’ collections to consider the intersections between fiction and fact in order to challenge public assumptions and perceptions around the efficacy of white, upper-middle class, heteronormative male spies (as promulgated most notably in the works of Ian Fleming and John Le Carré). More specifically, this project will explore the relationship between espionage and inclusivity, reassessing the impact certain marginalised figures, authors, and literary works within the genre of spy fiction have had upon the cultural history of real-world espionage – ranging from representations in the press to popular cinema – and examining the extent to which such figures/works have been excluded from ‘mainstream’ literary fiction. To that end, Kiera’s research will focus on certain real-life individuals, documented in The National Archives, whose marginalisation often made them prime recruits for the unique world of espionage. Indeed, she will argue that their marginal identities made them very effective spies. The exploits of such historical figures have been represented in a number of popular literary fictions which Kiera will explore. These include works by Pam Jenoff, Sonia Purnell, Erika Roebuck, Sufiya Ahmed, Julian Mitchell, John Banville, Louise Fitzhugh, Lauren Wilkinson, Jenny Rooney, and Stella Rimington, all of which focus on spies who identify in some way as marginal.

This research uses a realist evaluation methodology. It involves:

The research aims to establish the circumstances in which one of the two approaches is clearly preferable to the other (and who it is preferable for).

The research will also identify any implications for archival theory of the policy divide over email, and will propose refinements to archival theory in the light of the past two decades of experience with email.

Digital technology is profoundly changing what it means to be an archive. Increased online access has created both new opportunities for research and brought new audiences to archives. Therefore, this project seeks to investigate users’ understandings of archives and how this affects the ways in which they use archives. By better understanding how users perceive and use archives, we can design new research tools that better support users’ activities within the archive. 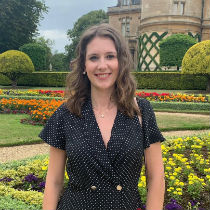 This project focuses on the social agency of ordinary British petitioners writing at home and from empire. The prospect of emigration, forced transportation, familial separation and ill health were common experiences for mariners, paupers, and convicts in the period 1789-1860. Hundreds of thousands of petitions were written by men and women to the Home Office, Royal Navy and Poor Law authorities in response to these pressures, requesting clemency, relief, and protection. This project aims to contribute to the social history of these groups, using personal petitions to gain access to strategies and negotiations that existed between subjects and the state. 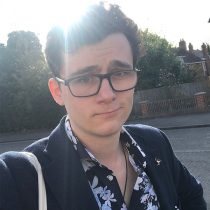 Piracy was a key point of political and social contention in Jacobean Britain. It formed a major component of both local and trans-national economies, while also representing a transitional stage in how the European world approached extra-legal activities at sea.

This CDP project explores the High Court of Admiralty records from the early 17th-century, to discuss not only how legal systems treated piracy but also how those involved in maritime crime were able to interact with those systems, and take initiative for themselves.

The realisation that variant Creutzfeldt-Jakob Disease (vCJD) is an incurable human manifestation of Bovine Spongiform Encephalopathy (BSE) greatly increased the perceived significance of the bovine disease. It is an important case study in the history of British science policymaking in the 20th century, revealing persistent continuities in the government’s response to emerging zoonoses.

This project explores the intersection of public health policy, science communication and human-animal interactions during the BSE crisis in the United Kingdom. Using the BSE (Phillips) Inquiry findings held at The National Archives, I will explore how identities of BSE and vCJD were constructed by scientists and how lay expertise interacted with scientific knowledge and practice. The project will illuminate how the public perceived and responded to the emergence of a new disease and how the Phillips Inquiry influenced the formation of policy. 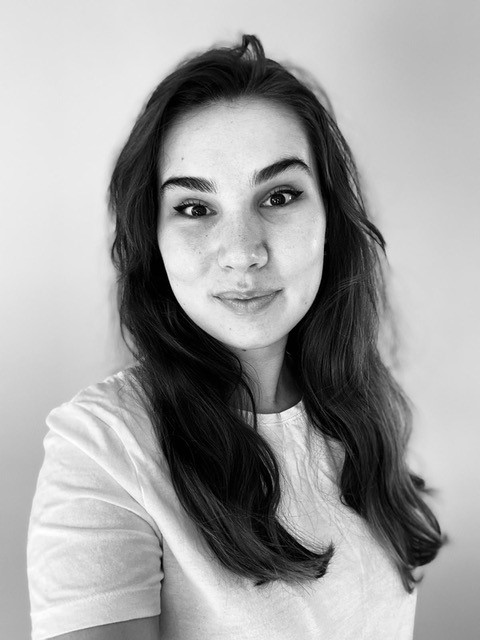 PhD title: Medieval Memory and Legacy in the Cultural Politics of Tudor England

The thesis will investigate the nature of the medieval political and cultural legacy inherited by the Tudor monarchs after 1485 through an interdisciplinary approach to archival, architectural, and material cultural evidence. It will analyse how Henry VII and Henry VIII disentangled their mixed Plantagenet ancestry, factionalised into Lancastrian and Yorkist royal claims during the Wars of the Roses, and how that process generated the familiar and distinct imagery of Tudor power developed during the later sixteenth century.

Important themes will include the intellectual and physical representation of Yorkist and Lancastrian heritage, and how those helped to shape Tudor rule. What specific features of that legacy did the Tudor monarchs exploit in resisting dynastic rebellion, or integrating relatives by blood and marriage into their expanding Crown and family power, and how did that exploitation influence the formation of royal and national imagery, buildings, and visual or written culture? 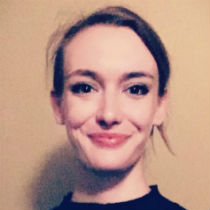 Funded by: The Royal British Legion

I’m using Ministry of Pensions files held at The National Archives to investigate the long-term impact of blast injury, and the development of chronic pain management for amputee veterans. I am using these files to follow up 120 First World War servicemen and investigating the prevalence of chronic post amputation pain, the impact of aging on war wounds, and the likelihood of developing a concomitant condition.

The project is run in partnership between The National Archives and Imperial College London and aims to combine research methods from history and clinical medicine to create a database of cases that will be of use to today’s veterans. 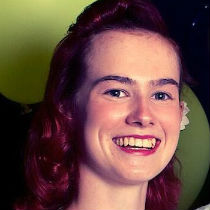 Digital data is having a growing impact on the archives sector. Traditional practices used for analogue documents do not work for born-digital data, also there are added complexities to the already known issues regarding archival practices.

This project is exploring why digital preservation practitioners are struggling to make born-digital data accessible. Data will be collected through semi-structured interviews with digital preservation practitioners, not only from within the archives sector, but also other institutions and organisation that preserve born-digital material, such as museums, galleries and libraries. 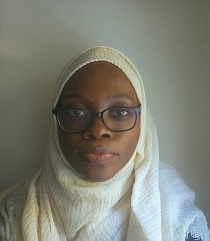 My research will explore the roles played by Nigerians in redefining tropical modernist architecture in Nigeria during the period of decolonization in West Africa. It will focus on the architects and architecture of higher education projects created during and after the country’s independence in 1960.

Using The National Archives’ Colonial Office files and other archival sources, I’ll investigate the ways architecture was used as a medium to foster a new unifying national identity and development in the new nation. 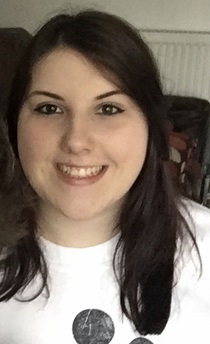 PhD title: Poverty, work and punishment: vagrancy across the Midlands 1834-1896

This project examines the identity and experience of vagrants within workhouses across the Midlands during the 19th century. It will draw out their agency through rebellion and explore by way of case-study-analysis, across regions, the life-cycle experiences of vagrants passing through.

Vagrants and vagrancy are very complex and have been hard to define. This project will untangle these definitions and use them to draw out many stories of vagrant people. It will use a variety of sources, from government papers and local union correspondence, to newspapers and petty sessions testimony. This project therefore aims to contribute to scholarship on vagrancy, poverty, workhouse life and selfhood/agency.