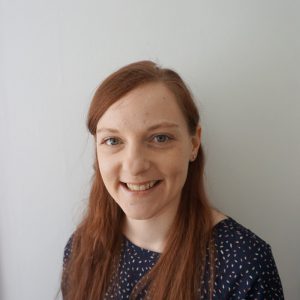 Laura Robson-Mainwaring specialises in 20th-century health records. Laura is a historian of the pharmaceutical industry, with a research interest in the intersection between public health and commercial and state bodies. She has worked in the Collections Expertise and Engagement department at The National Archives since 2019.

Laura holds a PhD from the University of Leicester and a MSc in the History of Science, Technology and Medicine from Imperial College London, which she completed in 2011. Her PhD thesis examined the advertising, branding, and packaging of pharmaceutical products between 1870 and 1920. This was part of a collaborative PhD studentship about selling health, funded by the AHRC and the Society of Apothecaries.

Before joining The National Archives Laura was a British Society for the History of Science Engagement Fellow, working in collaboration with the George Marshall Medical Museum and the University of Worcester on a project to uncover the local response to the influenza pandemic of 1918-1919.

In 2018 Laura’s article on trademarks, packaging and the medical marketplace was published as part of Palgrave’s Literature and Medicine series. Her research is currently focused on the relationship between limb-fitting centres and thalidomide survivors in the 1960s and 70s. She is a co-supervisor on the AHRC-funded Collaborative Doctoral Partnership ‘British State Provision of Prosthetic Limbs and the Two World Wars’ with the University of Leeds (2020- ), as well as co-supervisor on the AHRC-funded Collaborative Doctoral Partnership ‘Reconstructing BSE: Government Policy and Public Health across Humans and Animals’ with the University of Leeds (2020- ).