Home > About us > Get involved > Volunteering > Why volunteer > Volunteer experiences

Our volunteers work on a variety of projects. Read about some of their experiences. 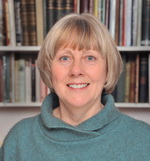 Anne Ramon is the current representative for volunteers on the Board where she can openly discuss any issues of concern raised by Volunteers, ask questions about current and any future projects and provide feedback from Volunteers on issues raised by the Board.
Anne also meets Caroline Ottaway-Searle, The National Archives’ Director of Public Engagement, on a monthly basis for wider updates on Volunteering and The National Archives. 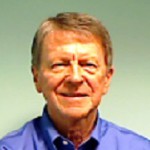 Participating in the Marine Project logging process was both interesting and instructive.  Each volunteer was assigned several boxes of ship’s logs each week of the project. Predictably, much of the assignment dealt with simply transcribing a ship’s name, official number, and dates of sailing. However, while doing the transcription work, often at times the details in a given log arrested my attention. Notations about the behaviour of some of the crew members, their drunk and disorderly conduct, their insubordination or other offence resulting in fines and punishments were informative relative to the on-board disciplinary practices of the day. Also, some of the logs portrayed the sensitivity and sense of duty of captains and crew when tragedy struck, when a crew member or passenger died or was lost at sea.

There were some logs that included pathos-filled notes that somehow survived the sinking of a ship (by a torpedo during war time or a collision with another vessel) which recorded the commendable behaviour of the crew and courageous leadership of the captain.

Finally, I was often enchanted by the beautiful penmanship of some of the captains as they made notes in the log from day to day. The almost calligraphy quality of their writing turned what might have been the tedium of a simple daily record into an oceanic work of art. This project certainly enhanced my appreciation for life at sea and the lives and personalities of those who comprised the crews of these sailing vessels which went on their way in peacetime and war.

I was delighted to become a volunteer at the beginning of this year.  Upstairs in the reading rooms, I had discovered how the wonderful work of The National Archives had made it possible for me, through the regimental war diaries, to follow the story of my father’s experiences in the Eighth Army. Having done this, I wanted to learn more.  I joined the Friends and told them of my wider interest in the Second World War.

I was very fortunate that there was an opportunity for me to work as a volunteer on Project WO 416, cataloguing German prisoner of war records about the Allied troops they captured.  So now on Tuesdays, instead of going upstairs, I go downstairs through the labyrinth to our special project room.  Under the patient guidance of my tutor, Kelly, I have learned to decipher a variety of different German record cards and log them onto a spreadsheet so that when records that are currently closed can be released, they can be searched by family and historians.  Although I understand German, the handwritten cards with their military terminology and abbreviations would be impossible for a novice to understand:  Kelly’s expert guidance and the reference sheets we have are crucial aids for our detective work.  Accuracy and an eye for detail are vital, to ensure as far as possible that different cards are linked to the right person and correctly logged.  Some cards have photographs: defiant or tired, they become real people, gazing at me from the past.

Sometimes their date and place of capture is recorded and this speaks volumes: a Seaforth Highlander captured in 1940 at St Valery must have been one of those brave band of heroes ordered to stay behind and hold the line against the Germans so that our troops could escape at Dunkirk. A soldier captured in North Africa in 1942 must have been fighting Rommel’s Afrika Korps in the dust and heat of the desert. Behind each card or set of cards lies a story and I am proud to be part of the team of volunteers helping to preserve it for future generations.

I suppose the reason I volunteer is so that I can still feel useful and contribute to society, while still doing something of interest to me. By using the skills and experience I have learnt over the years (working at a university and studying art history) I can help make something happen, which, usually because of lack of funds, otherwise might not.

I have volunteered on two projects at The National Archives, Kew. The first is on the Middlesex Court records of appeal cases against conscription in the First World War. This involves preparing the documents ready for conservation and scanning for the website. While you are doing this you are encouraged to do a quick read of the cases and to note down any interesting ones. This gives you an insight into society at the time and sometimes can be quite sad, especially as the war drew on and the older men were called up because there were no young ones left.

I was involved in the Board of Trade patent records, mainly kept in very large albums. The patents are quite varied and the object is to record any text which may occur either on an article, like a visiting card case, or alongside it, such as the name of a textile design, the manufacturer’s number or notes, or the agent who submitted the patent. Some make you wish you knew a bit more about a period, such as a large silk kerchief with the images and names of people involved in the Anti-Corn Law protests. With others your own knowledge or ability to read handwriting can be helpful.

I have also done other kinds of volunteering over the past five years, including some online editing of two of the magazines published by Charles Dickens ahead of his bicentenary, and working as an usher at the Rose Theatre, Kingston upon Thames.

Also in Why volunteer