Home >  Postcards from the Past > Lewis Herbert Thomas 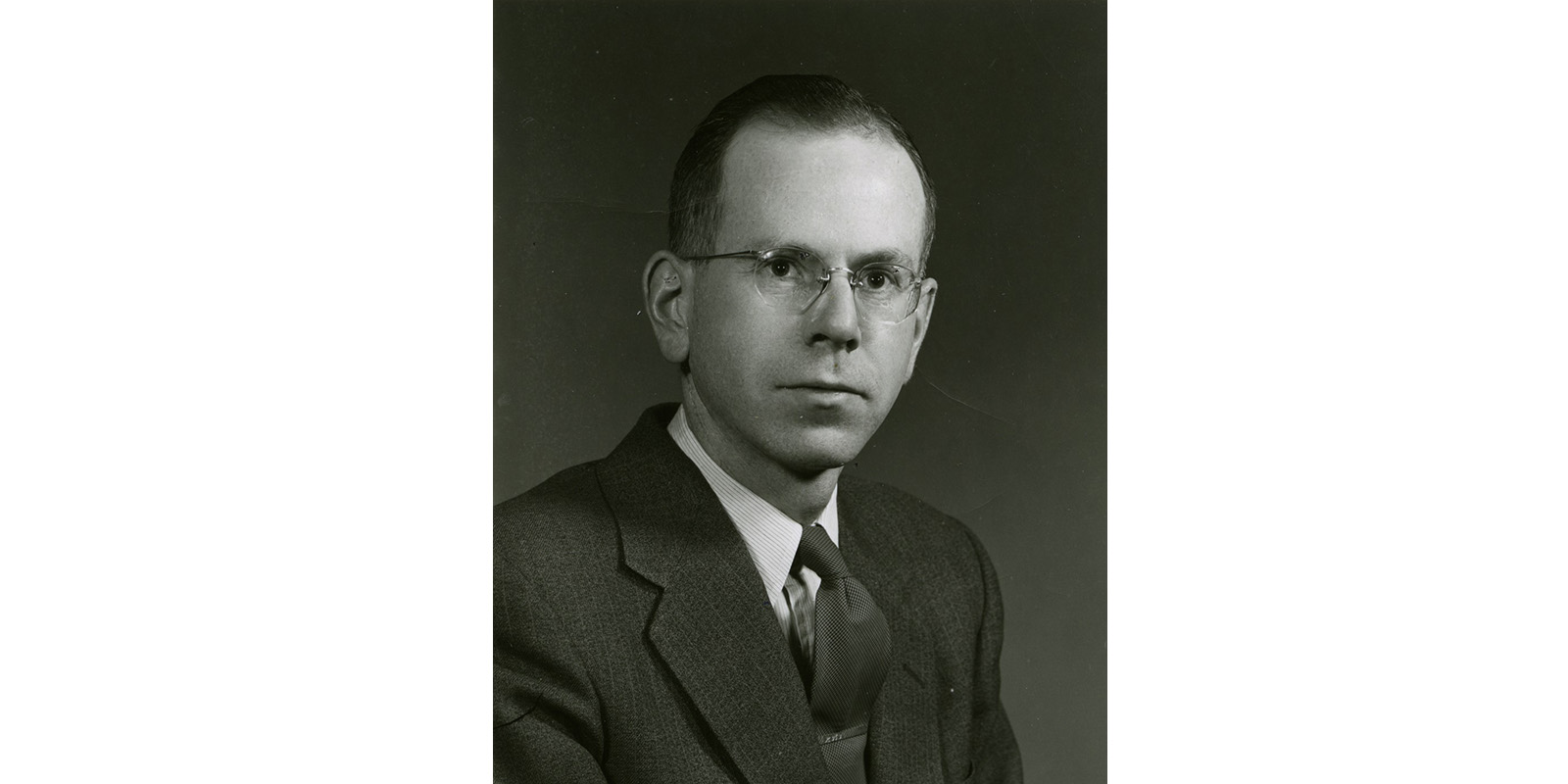 Lewis Herbert Thomas was an advocate and pioneer of archives in western Canada and his contribution to the development of recordkeeping among Saskatchewan government records was substantial.

Born on 13 April 1917 in Saskatoon, Saskatchewan, Canada, Thomas received his BA and MA degrees from the University of Saskatchewan and his PhD from the University of Minnesota in 1953. His doctoral thesis, ‘The Struggle for Responsible Government in the North-West Territories, 1870-1897’ was completed under the supervision of noted Canadianist Alfred L Burt and published in 1956.

At the time, the Saskatchewan Archives was a joint university and government agency, unique in Canada, with offices in Saskatoon (the location of the University of Saskatchewan) and Regina (the provincial capital). Government records naturally were kept in Regina while those records of historical interest were kept in Saskatoon – the center of academic research interest.

As Provincial Archivist, Thomas secured various amendments to the Archives Act that strengthened provisions for the control and disposition of government records. In 1949, a Public Documents Committee was created under the chairmanship of the Provincial Archivist and included representatives from the Attorney-General’s office and provincial Treasury. All government agencies and government-owned corporations now needed to submit record destruction requests for approval. Existing rules that forbade the destruction of public records until they were at least 10 years old were dropped in 1949 and the practice of records scheduling was adopted. This created an operating government documents management program in Saskatchewan at a time when most provinces and even the federal government had little success.

Thomas was also closely associated with the establishment of ‘Saskatchewan History’ and served as its editor from 1949 until 1958. This historical journal provided a combination of scholarly articles with others of more popular interest.

He was awarded an honorary Doctor of Laws degree from the University of Regina in 1972. Thomas received life memberships in the Canadian Historical Association and the Association of Canadian Archivists and was invested as a Member of the Order of Canada in 1983.

In 1949 the prominent scholarly journal of archives, ‘The American Archivist’, declared the Saskatchewan Archives to be a model of archival preservation and public service. In the coming years, it would be recognized time and time again. Thomas and the Saskatchewan Archives were practising what in the Canadian archival profession would become known as ‘total archives’ – or the systematic collection of materials that reflect all aspects of society – long before that term and concept gained currency.