Home >  Postcards from the Past > Salvaging the Four Courts 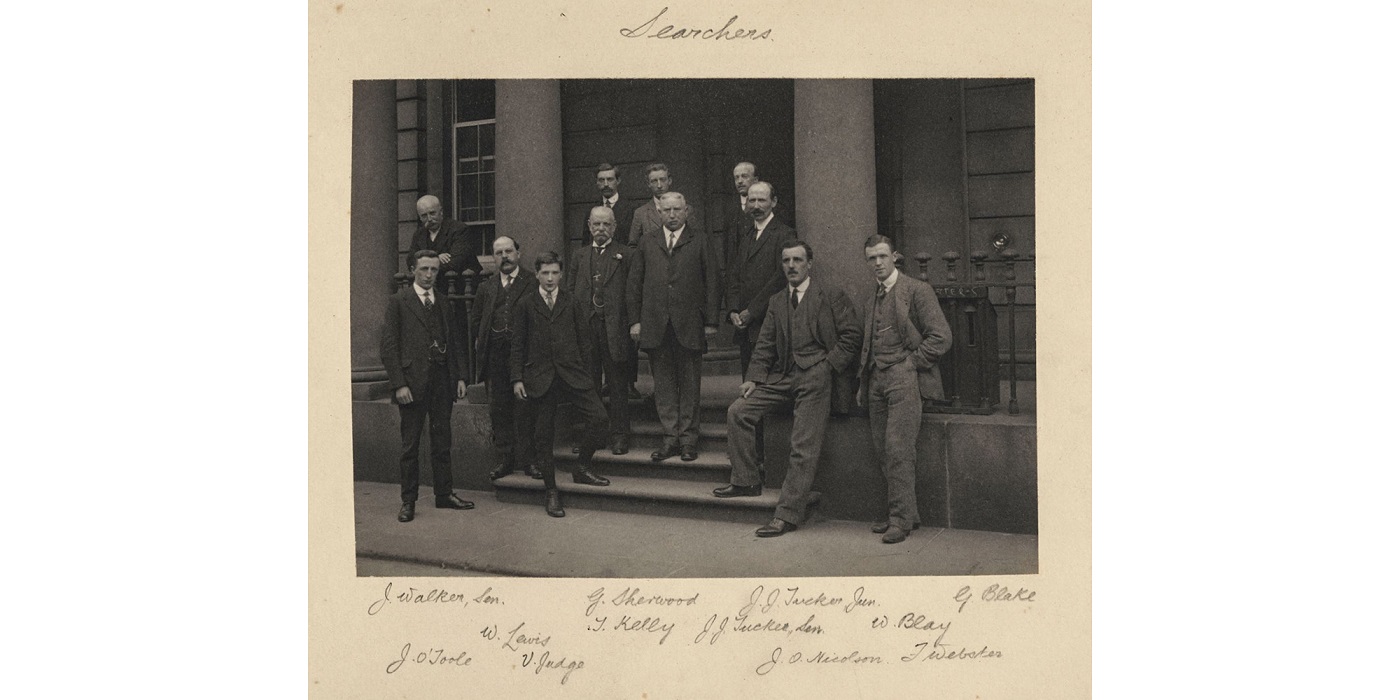 Salvaging the Four Courts: Picking up the pieces of the Public Record Office Ireland in July 1922

A casualty of Ireland’s Civil War (1921-23), the Public Record Office of Ireland (PROI) was destroyed on 30 June 1922. Purpose-built in 1867, the PROI consisted of the Record House and the Treasury building, which was the main repository for the archives. It was this building and its contents that were devastated by an explosion.

In the days following the destruction, the PROI staff located archival documents amongst the rubble of the building, which are now housed in the National Archives (Ireland) in Dublin. Over the past few years as we have been working on the material, I have thought a lot about the recovery of these documents and have admired the work carried out by the staff in the days and weeks after the fire. 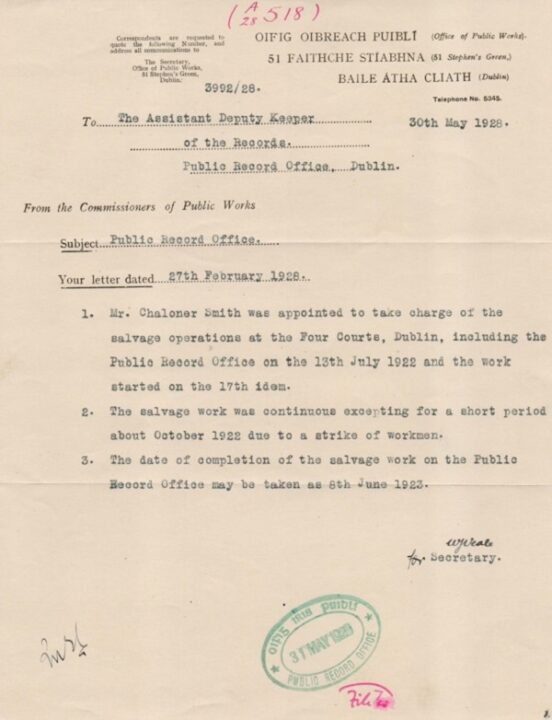 The explosion happened on the Friday afternoon and the fire raged on until the early hours of Saturday morning. Deputy Keeper Herbert Wood was one of the first to survey the damage to the Public Record Office on 2 July. He described in his personal account what he found and how ‘the only remains of the Treasury contents were some rolls with their membranes glued together by the heat …’

Minister of Finance Michael Collins also visited the Four Courts complex of buildings on that day and noted in his diary that the site needed to be secured to protect the remains. Within only a matter of days the Office of Public Works (OPW) received official notification from Collins that coordination of the salvage operation was their responsibility. The Minister of Defence, Richard Mulcahy, confirmed on 11 July that the military authorities had cleared the site of mines and it was now considered safe for the salvage work to commence.

On 13 July, John Chaloner Smith, a structural engineer for the OPW, was appointed to take charge of the salvage operations in Four Courts. On the same day as his appointment, he carried out a site inspection to assess the extent of the damage, initiated the erection of hoarding around the site and within a few days oversaw the removal of great piles of masonry debris surrounding the Record Office to allow the site to become more secure and safe to enter. Chaloner Smith was also in charge of issuing passes to allow entrance to the site following concerns that documents were being removed.

By 17 July, staff of the PROI were permitted on site to begin the momentous task of retrieving documents from the rubble of the Record Treasury. When J J Healy, the secretary of the OPW, wrote to Wood, he concluded the letter by stating that “Owing to the completeness of the destruction, all salvage work will necessarily be slow.” 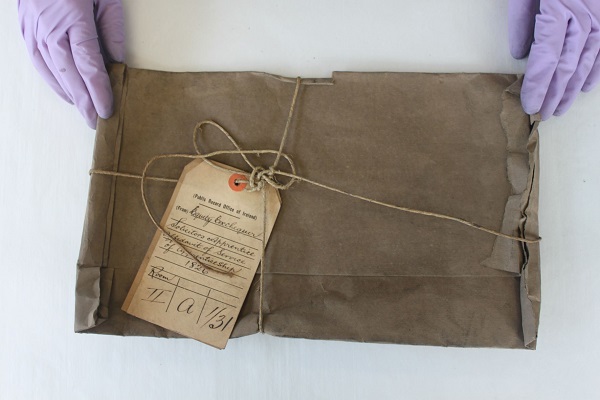 Led by James Morrissey, Assistant Deputy Keeper, staff gathered up documents found amongst the ruins, which they sorted and identified. In just under a year, they packed 25,000 sheets of paper and parchment into nearly 400 bundles. Everything that was retrieved from the wreckage was wrapped in brown paper, labelled and secured with string, preserved and waiting patiently to be dealt with.

Images credit: Images reproduced with the kind permission of the Director of The National Archives (Ireland)