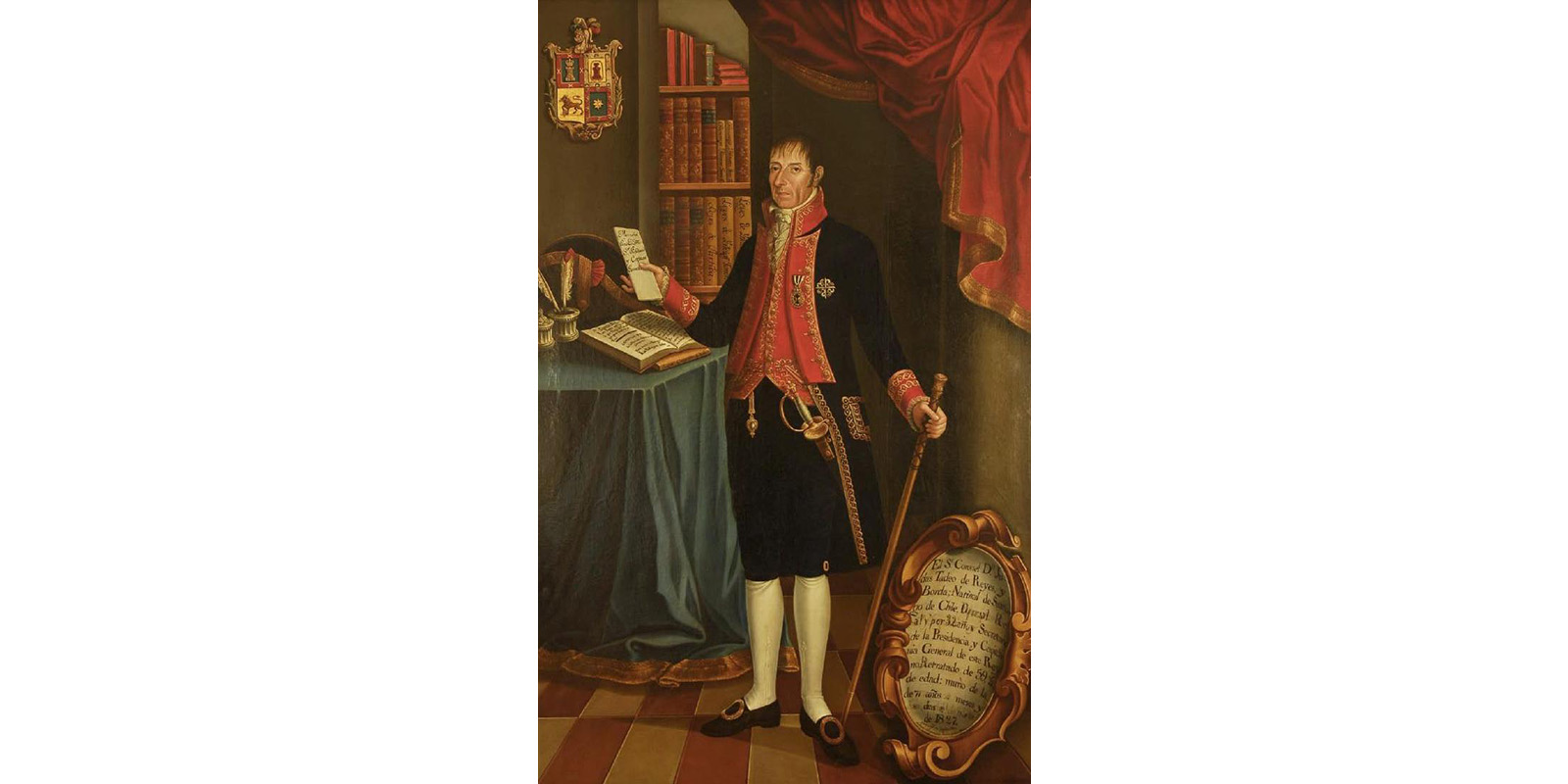 The secretary Judas Tadeo de los Reyes Borda: the consolidating agent of the Archive of the Secretariat of Governance in Colonial Chile

Judas Tadeo de los Reyes was born on 10 June 1756. At the age of 23, he temporarily succeeded Simón de Dolarea as secretary of the Secretariat of Governance and the Captaincy General of Chile, a position he held almost continuously from 1780 to 1817, with a brief interruption between 1810 and 1814. For almost 35 years, he organized both the office and the archive with the valuable support of an extraordinary team composed by two officials and an archivist. All of them were responsible for the creation and consolidation of the first, most efficient and well-established Archive in Chilean archival history, a feat recognized by the political authorities and a large part of the population of the time. Both its public image and its social reputation were founded on the work practices and logics of a stable staff with knowledge based on the experience of the daily handling of documents.

Since the 18th century, after the bourbon reforms, the Secretariats of governors and viceroys had become essential pieces within the administrative machinery, unleashing a growing and shared concern for the organization and preservation of their documents that reflected the actions and decisions of the governmental political power. Signs of the modernizing spirit of the monarchs, the rationalization and division of bureaucratic work was imposed, and, mainly, the need for efficiency and agility in the dispatch of the multiple and growing businesses of the local administrative authorities. In this way, it was possible to establish a constant flow of information between the metropolis and its colonies for the proper governance of the extensive territory.

In this context, on 12 July 1780, Governor Tomás Álvarez de Acevedo asked the monarch for the appointment of Judas Tadeo de los Reyes as interim secretary in his Secretariat. His arrival was necessary to operationalize an office in poor conditions that did not have the necessary formality to attend to numerous businesses and fulfil the different activities of the highest political and military authority in the territory. According to the opinion of his superiors, Reyes performed with extraordinary dedication to his job. In a short time, he effectively organized a collection of papers, furniture, chairs, tables, inkwells, and shelves. Additionally, he created long inventories and indexes of the Royal Certificates, ancient and modern, in chronological order. Finally, he carefully prepared copies of letters and reports emanating from the function of the presidents on the topics of government, finance, justice, and war. To give an example, between July 1788 and May 1796, during the eight years of the government of Ambrosio O’Higgins, more than 9,205 reports were written and sent to different organizations both in America and in Spain.

The efficiency and reputation of this office rested on several factors. The first of these was the archival awareness shared between the various institutional links – both the kings in Spain and the governors in the Indies had a unified vision of its needs and therefore supported its operation through financing and staff expansion. For this reason, from 1776 the secretaries began to occupy their positions by royal appointment in Chile. Second was the stability and permanence of the work team. From 1784, by Royal Order, the workforce was increased by two pen officers – the first and the second – while in 1801 it had an archivist. Unlike other colonial institutions, the officials lasted a long time, which allowed the continuity of processes, mutual knowledge and, above all, mastery of the functions of the positions because of accumulated experience. Finally, the circulation of archival knowledge resulted in the formation and adoption of standardized bureaucratic practices. For example, in 1814, Reyes recognized with his consolidated office, that there was no need to innovate in the future, since several practices and attributions had been taken from other secretariats in America.

This knowledge that was based on experience rather than theory led to the use of terms that surfaced the various phases of the recordkeeping process. At the time, it was common to divide the ‘current office’ – the space where documents are produced – and the archive – the place where records with legal or administrative value are kept. In 1793, Judas Tadeo de los Reyes reported to his superiors: ‘I have had to invest a lot of work to fix the Archive (…) without detriment to the current office.’ In this way, the first steps of an empirical record management were taken in colonial Chile, in an institution that is the predecessor of the Ministries created in the period of independence.