Home >  Postcards from the Past > Herbert Maxwell Wood 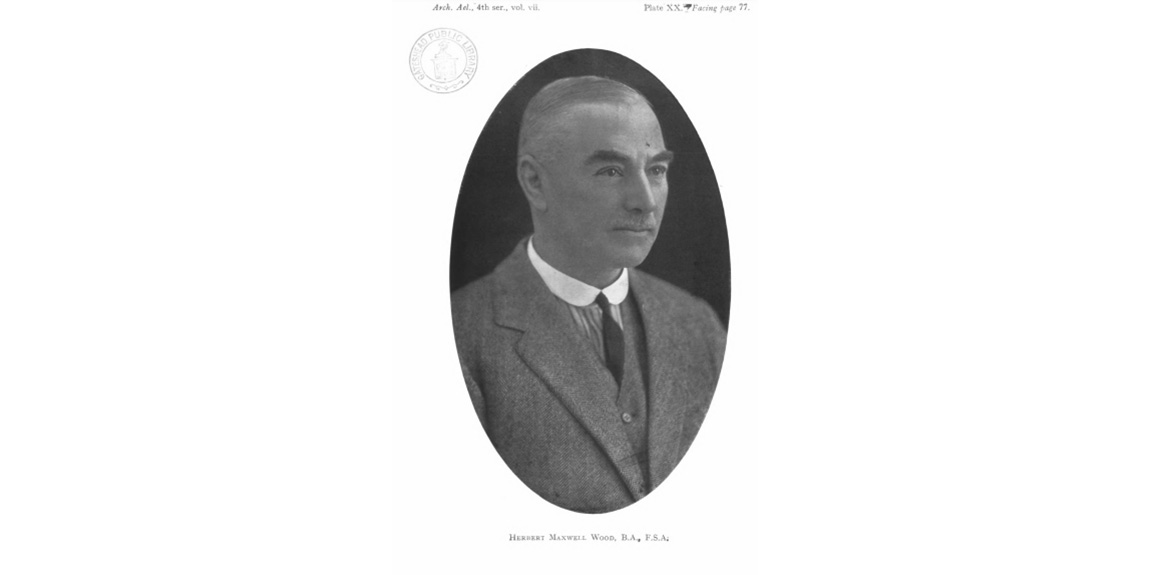 On the top floor of Newcastle-upon-Tyne’s City Library is a marvellous collection of local history records compiled by a man whose contribution to improving access to the area’s history is, I feel, unrivalled.

Herbert Maxwell Wood (1869-1929) was an accountant but it is through his personal interest in local history that his service to recordkeeping can be found. He was involved from his mid-twenties in the area’s local history society and arranged for the publication of numerous parish register transcripts, as well as compiling his own handwritten copies of many more.

After his death, the dozens of handwritten and typed parish register transcripts for Durham and Northumberland he had compiled throughout his lifetime were given to Newcastle City Library. This has allowed both scholars and genealogists over the past century to easily access the information they require. A side-effect of his transcripts, alongside ease of access, is to minimise the requirement to consult microfilms or fragile originals held in record offices. He opened access to local history to a wider audience, as evidenced by the wide range of users you see accessing his records on the open shelves if you visit the library today.

During his lifetime, too, he made a significant contribution to local recordkeeping. Numerous volumes of local records, including both parish registers and probate records, which he had transcribed were published locally. These transcripts were indexed and allowed for scholars in his own day to more easily make connections between individuals and documents.

As Frederick Walter Dendy noted, in his tribute to Wood in Archaeologia Aeliana, by producing these duplicates of important local records, Wood helped to preserve the information they hold in the event of damage to the originals. With the recent temporary closure of Durham Record Office, it is Wood’s century-old transcripts which will allow researchers continued easy access to the demographic records of early modern Durham.

I personally owe Wood, and those who assisted him in the compilation of his parish register transcripts, a great debt. I am currently undertaking a PhD focusing on early modern local history, and the task of analysing patterns of mortality crises in the North East has been made far easier by using his notebooks to find the data I need.

Beyond the simple presence of Wood’s volumes in the library, there are also traces of the process of their production, which adds further to their value. Letters regarding the transcription process are included in some volumes, as well as miscellaneous materials regarding the parish in question. Wood often included a note of the date on which he began and finished work on a volume, providing an insight into the time and attention paid to his task by this local record keeper.

Image credit: Image of Herbert Maxwell Wood, from his memorial in Archaeologia Aeliana (1930), used by kind permission of the Society of Antiquaries of Newcastle upon Tyne