How to look for records of... Women’s Army Auxiliary Corps service records 1917-1920

These are the service records of more than 7,000 women who joined the Women’s Army Auxiliary Corps (WAAC) between 1917 and 1920.  These records are held in series WO 398.

The WAAC became the QMAAC in April 1918 and was disbanded in September 1921. When the Royal Air Force (RAF) was created in 1918 a number of WAAC volunteers entered the Women’s Royal Air Force (WRAF).

These records contain a variety of material on a number of different forms.

Statements of service include:

Other documents in a woman’s file could include: 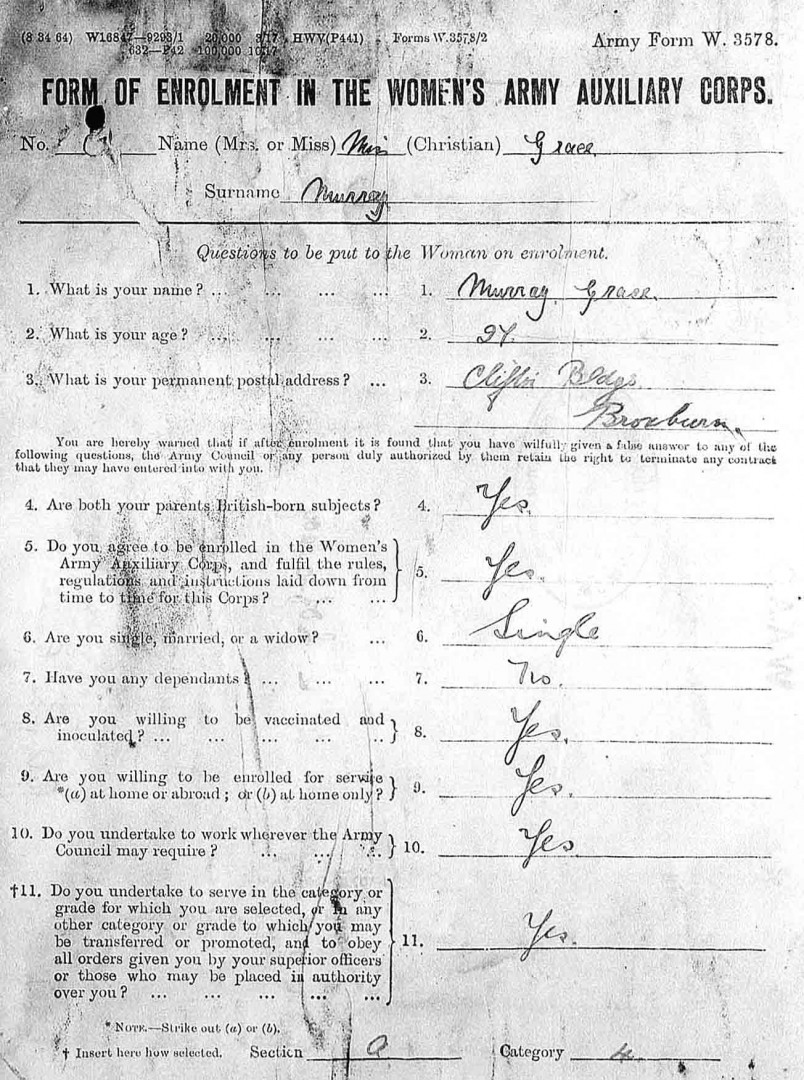 The original records suffered substantial fire, water and mould damage and this left some text in poor contrast. The microfilms were of the highest quality obtainable and during filming, every effort was made to maximise image retention. Click on the image on the right to view a sample document. 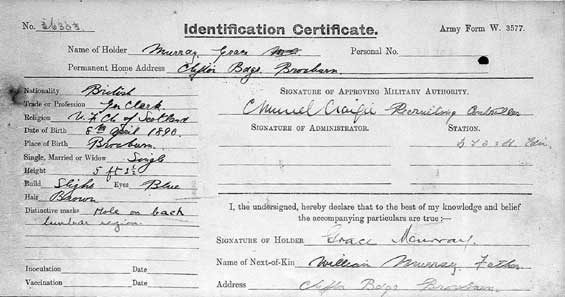 Some of the records are on pre-printed forms, for example the application and enrolment forms or the certificate of identity, but you might also find handwritten letters such as pay enquiries. Click on the image on the right to view a sample document. 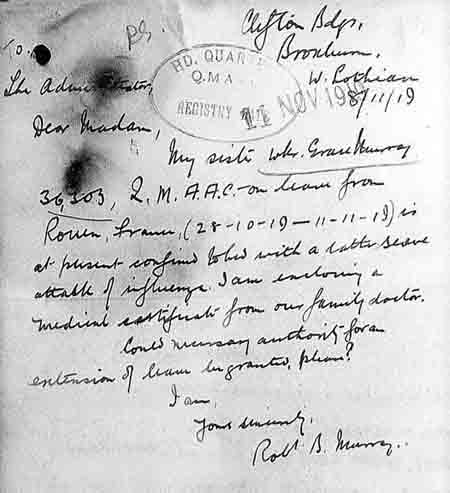 Applicants had to appear before a selection board and they needed to provide two references. They would also have to pass a medical examination before they could be accepted. Click on the image on the right to view a sample document. 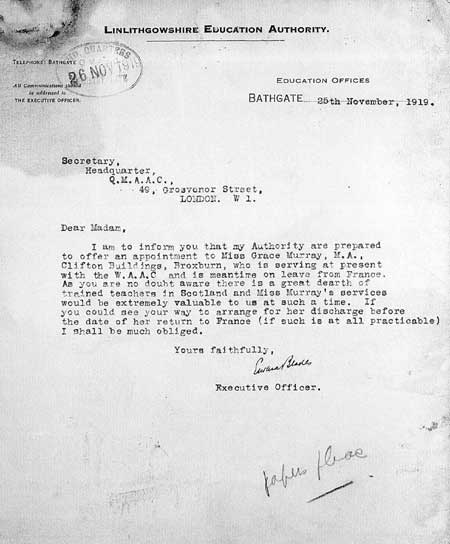 These are taken from the file of Grace Murray, a teacher who applied for a post in the WAAC. Although she served in France, she had a severe attack of influenza and had to return to Scotland. Click on the image on the right to view a sample document.

Many records suffered severe damage as a result of a German air raid in September 1940. About 57,000 women served in the WAAC, but only 7,000 records survive. Therefore it is possible that the records you are searching for do not exist.