Leaflet for the poor 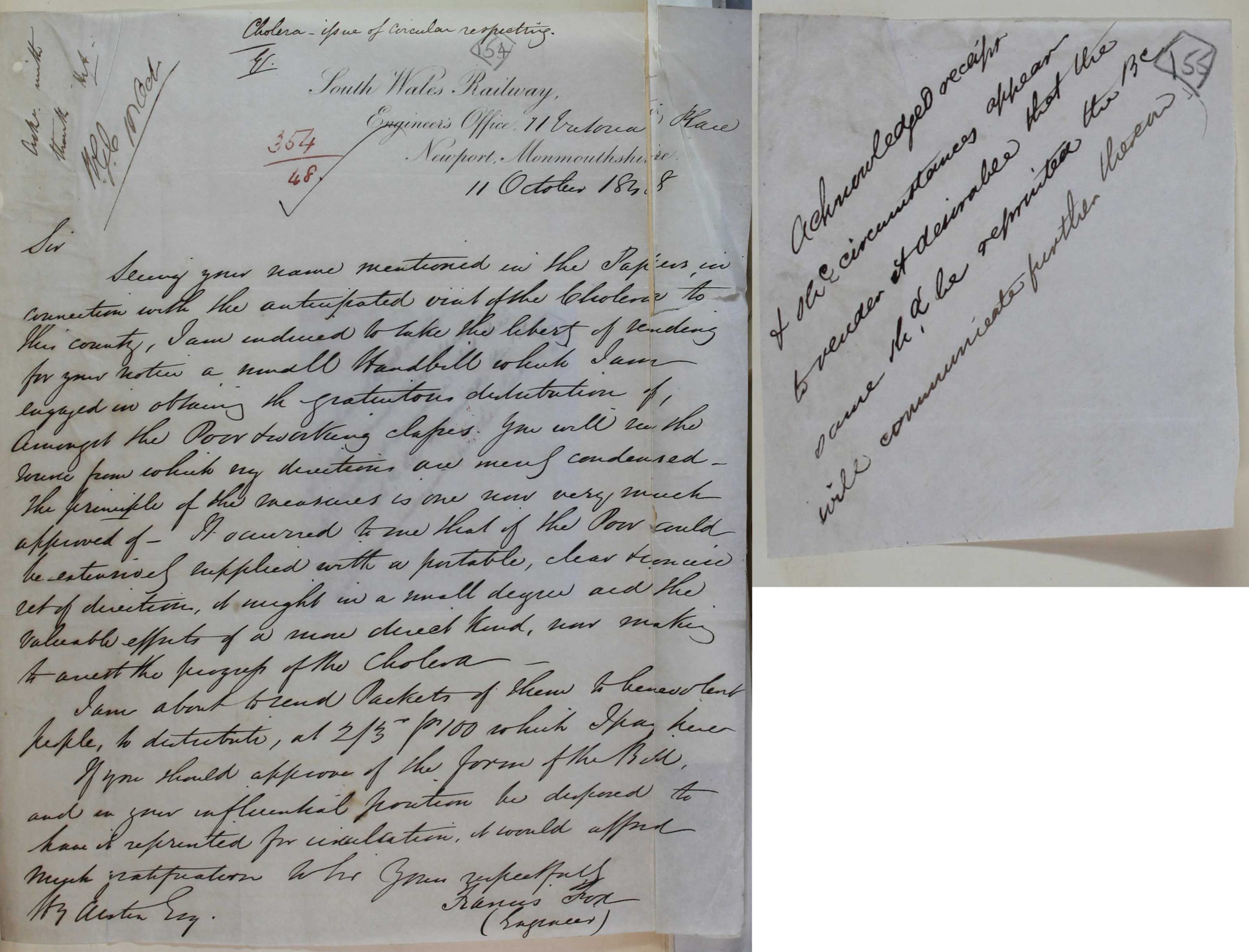 A letter from Francis Fox, an engineer for the South Wales Railway to the General Board of Health making the suggestion that the poor could be given a printed handbill to advise them about precautions against cholera in the light of the recent outbreak, 11 October 1848. Catalogue ref: MH 13/245.

[General Board of Health accepted this idea and intended to communicate with the writer].

Seeing your name mentioned in the Papers in connection with the anticipated visit of the cholera to this country, I am induced to take the liberty of sending for your notice a small handbill which I am engaged in obtaining the gratuitous [free] distribution of, amongst the poor and working class. You will see the source from which my directions are mainly condensed. The principle of the measures is one now very much approved of. It occurred to me that of the Poor could be extensively supplied with a portable, clear and concise set of directions, it might in a small degree aid the valuable efforts of a more direct kind, now working to avert the progress of the Cholera.

I am about to send packets of them to benevolent people to distribute at 2 shillings and 3 pennies for 100 which I pay here.

If you should approve of the form of the Bill and your influential position be disposed to have it reprinted for circulation, it would afford much satisfaction to me.