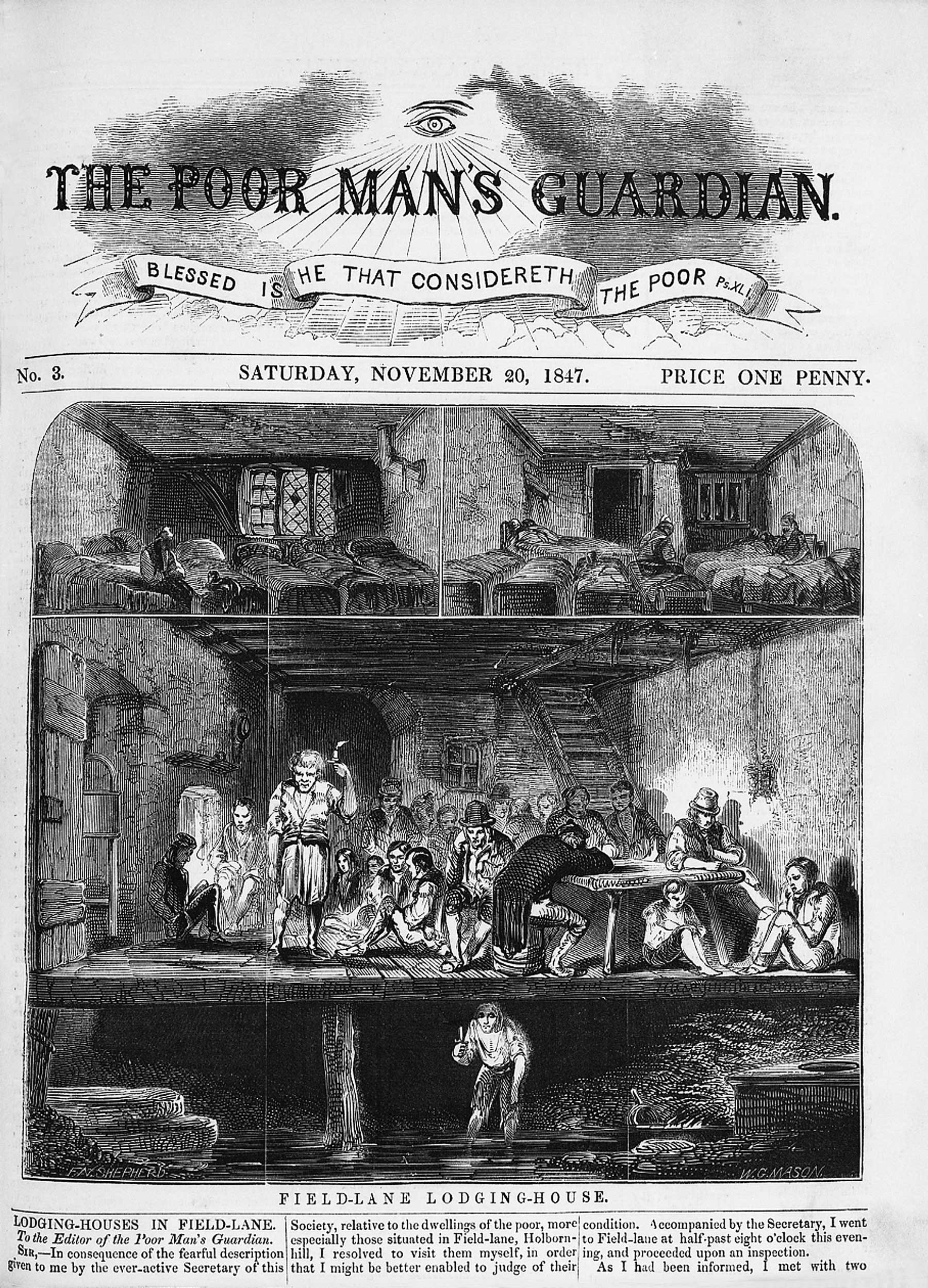 This illustration was accompanied by an article written by Charles Cochrane, the chairman of the Poor Man’s Guardian Society, about the lives of the poor who lived in lodging houses in Field Lane, Clerkenwell in London. Charles Dickens probably used Field Lane in his novel ‘Oliver Twist’ as the location for Fagin’s hideout with his gang of child pickpockets.

To the editor of the Poor Man’s Guardian.

In consequence of the fearful description given to me by the ever-active Secretary of this Society, relative to the dwellings of the poor, more especially those situated in Field-Lane, Holborn-Hill, I resolved to visit them myself, in order that I might be better enabled to judge of their condition. Accompanied by the Secretary, I went to Field-Lane at half past eight o’clock this evening, and proceeded upon an inspection…