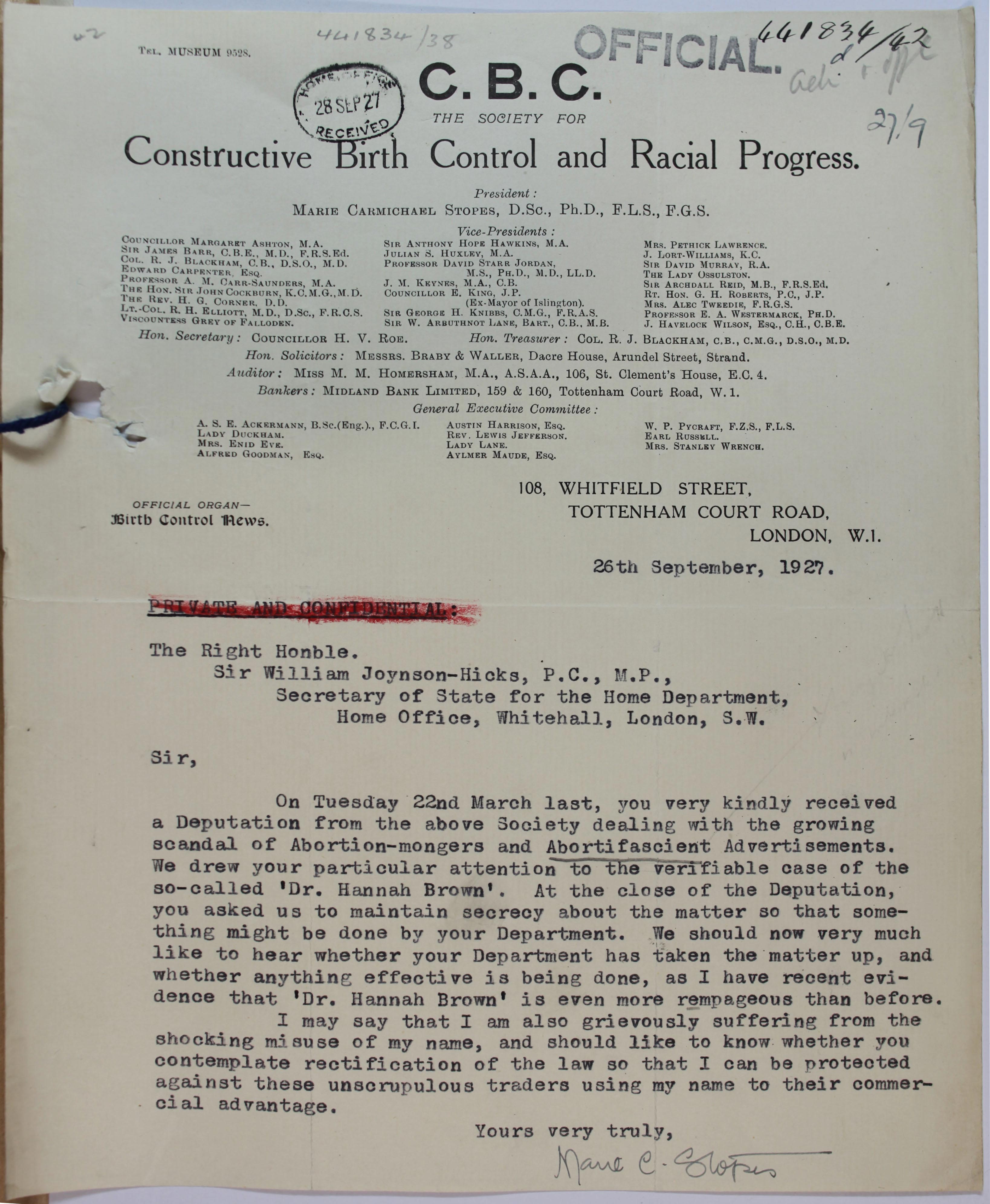 Letter to Home Secretary from Marie Stopes & Constructive Birth Control and Racial Progress Society about her name being used without her consent backstreet by abortionists and advertisers, 26 September 1927, (Catalogue ref: HO 45/24782)

Secretary of State for the Home Department,

On Tuesday 22nd March last, you very kindly received a Deputation from the above Society dealing with the growing scandal of Abortion-mongers and Abortifacient Advertisements [advertisements for drugs that cause an abortion].  We drew your particular attention to the verifiable case of the so-called ‘Dr Hannah Brown’. At the close of the Deputation, you asked us to maintain secrecy about the matter so that something might be done by your Department. We should now very much like to hear whether your Department has taken the matter up, and whether anything effective is being done, as I have recent evidence that ‘Dr Hannah Brown’ is even more rampageous [violent or unruly] than before.

I may say that I am also grievously suffering from the shocking misuse of my name, and should like to know whether you contemplate rectification [change or correction] of the law so that I can be protected against these unscrupulous traders using my name to their commercial advantage.