For and against gold 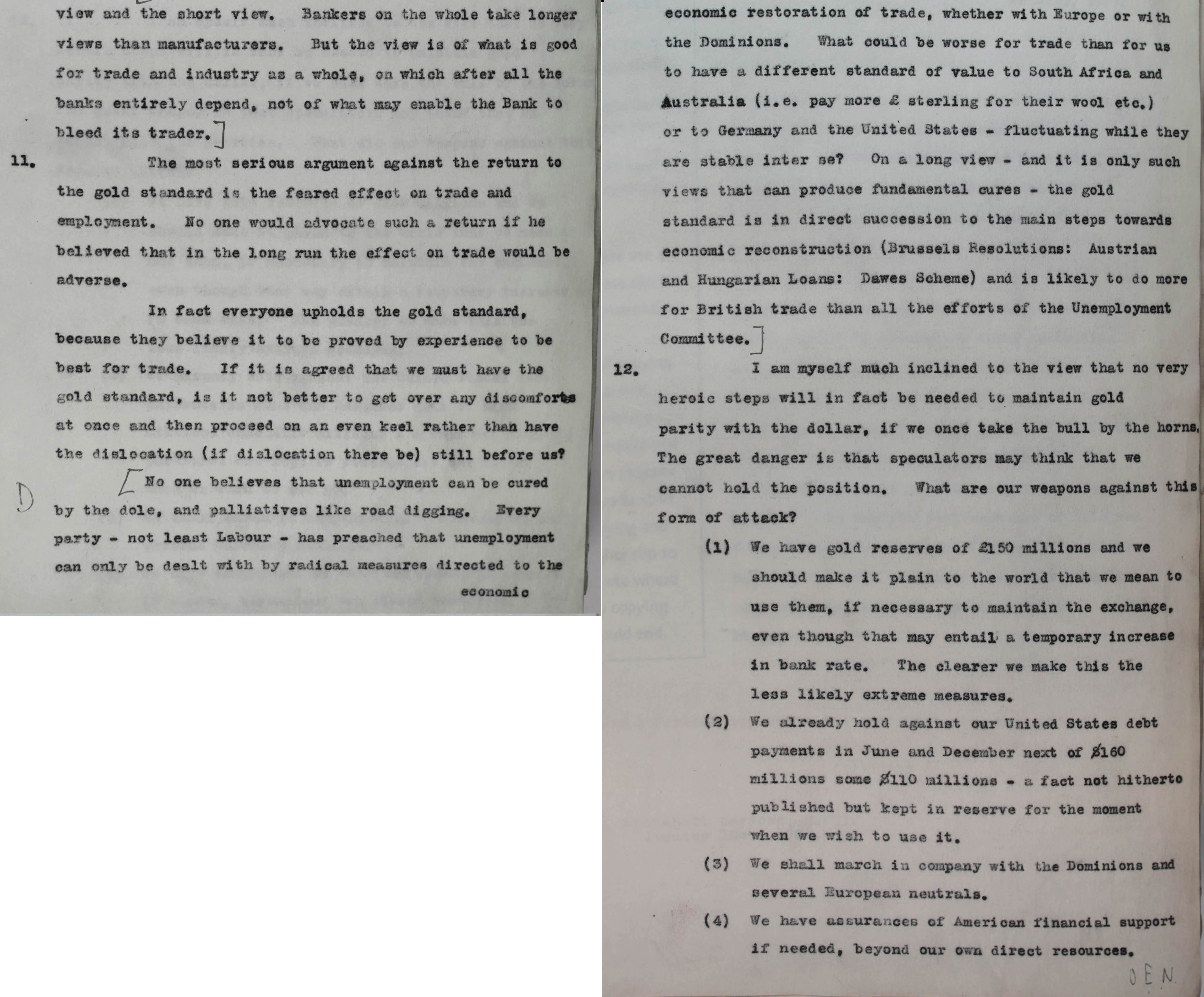 Bankers on the whole take longer views than manufacturers. But the view is of what is good for trade and industry as a whole, on which after all the banks entirely depend, not of what may enable the Bank to bleed its trader.

The most serious argument against the return to the gold standard is the feared effect on trade and employment. No one would advocate such a return if he believed that in the long run the effect on trade would be adverse.

The fact everyone upholds the gold standard, because they believe it to be proved by experience to be best for trade. If it is agreed that we must have the gold standard, is it not better to get over any discomfort at once and then proceed on an even keel rather than have the dislocation (if dislocation there be) still before us.

No one believes that unemployment can be cured by the dole, and palliatives like road digging. Every party-not least Labour- has preached that unemployment can only be dealt with by radical measures directed to the economic restoration of trade, whether Europe or with the Dominions. What could worse for trade than for us to have a different standards of value to South Africa and Australia (i.e. pay more £ sterling for their wool etc.) or to Germany and the United States- fluctuating while they are stable inter se? [Between themselves]. On a long view- and it is only such views that can produce fundamental cures- the gold standard is in direct succession to the main step towards economic reconstruction (Brussels Resolution: Austrian and Hungarian Loans: Dawes Scheme) and is likely to do more for British Trade than all the efforts of the Unemployment Committee.

I am myself much inclined to the view that no very heroic steps will in fact be needed to maintain gold parity with the dollar, if we once take the bull by the horns. The great danger is that speculators may think that we cannot hold the position. What are our weapons against this form of attack?