McKenna on the Gold Standard 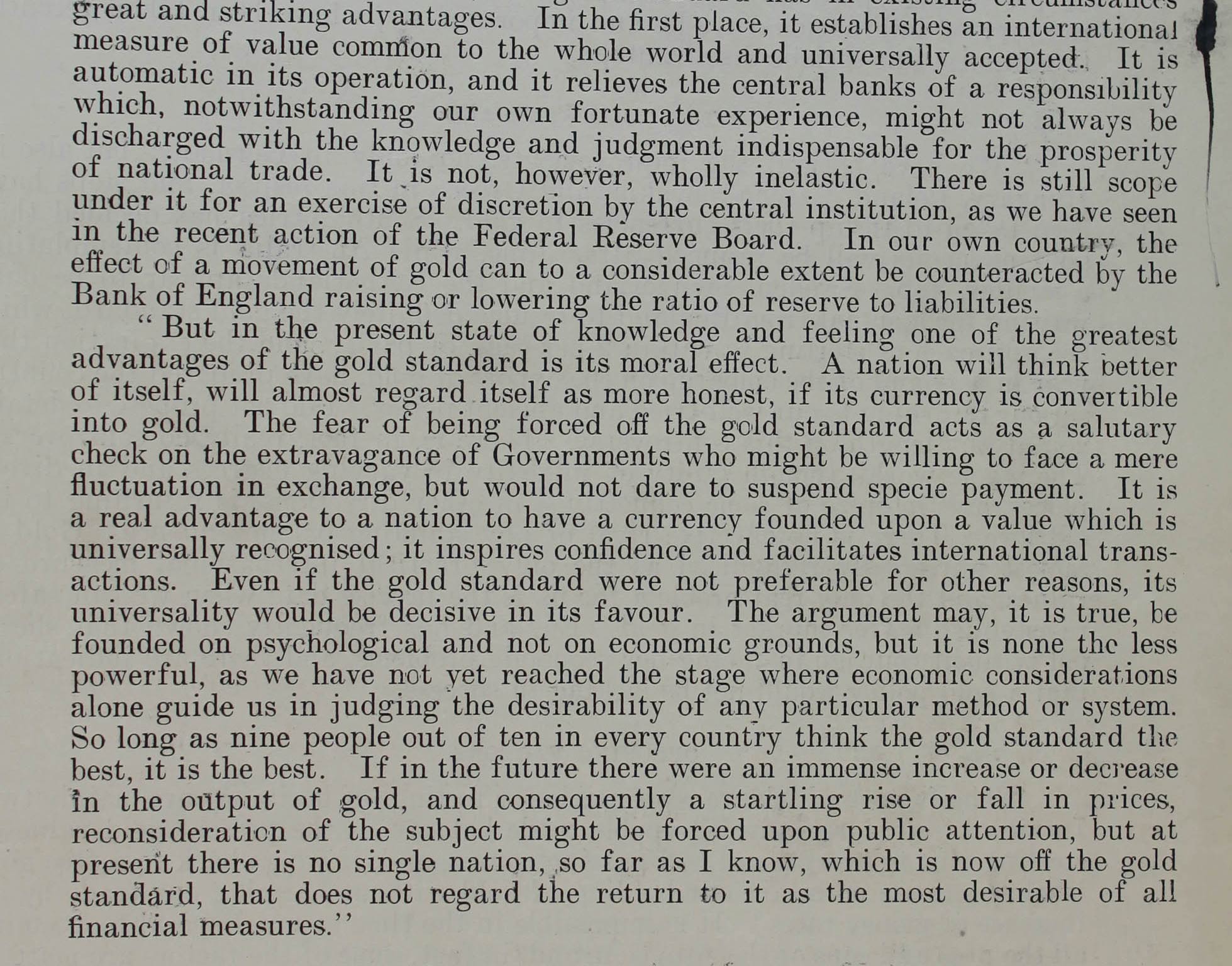 In the first place, it establishes an international measure of value common to whole world and universally accepted. It is automatic in its operation, and it relieves the central banks of a responsibility which, notwithstanding our own fortunate experience, might not always be discharged with the knowledge and judgment indispensable for the prosperity of national trade. It is not, however, wholly inelastic. There is still scope under it for an exercise of discretion by the central institution, as we have seen in the recent action of the Federal Reserve Board. In our own country, the effect of a movement of gold can to a considerable extent be counteracted by the Bank of England raising or lowering the ratio of reserve to liabilities.

“But in the present state of knowledge and the feeling one of the greatest advantages of the gold standard is its moral effect. A nation will think better of itself, will almost regard itself as more honest, if its currency is convertible into gold. The fear of being forced off the gold standard acts as a salutary check on the extravagance of Governments who might be willing to face a mere fluctuation in exchange, but would not dare to suspend specie payment. It is a real advantage to a nation to have a currency founded upon a value which is universally recognised, it inspires confidence and facilitates international transactions. Even if the gold standard were not preferable for other reasons, its universality would be decisive in its favour. The argument may, it is true, be founded on psychological and not economic grounds, but it is none the less powerful, as we have not reached the stage  where economic consideration alone guide us judging the desirability of any particular method or system. So long as nine people out of ten in every country think the gold standard the best, it is the best. If in the future there were an immense increase or decrease in the output of gold, and consequently a startling rise or fall in prices, reconsideration of the subject might be forced upon public attention, but at present there is no single nation, so far as I know, which is now off the gold standard, that does not regard the return to it as the most desirable of all financial measures.