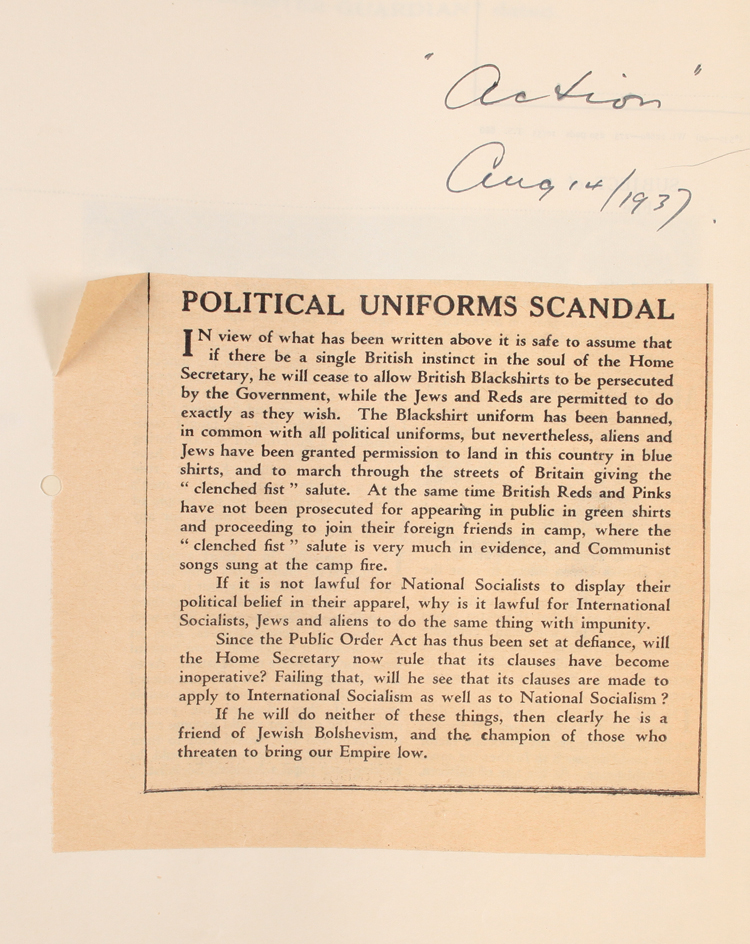 Action was a fascist weekly newspaper which became the official organ of the British Union of Fascists.

In view of what has been written above it is safe to assume that if there be a single British instinct in the soul of the Home Secretary, he will cease to allow British Blackshirts to be persecuted by the Government, while the Jews and Reds are permitted to do exactly as they wish. The Blackshirt uniform has been banned, in common with all political uniforms, but nevertheless, aliens and Jews have been granted permission to land in this country in blue shirts, and to march through the streets of Britain giving the “clenched fist” salute. At the same time British Reds and Pinks have not been prosecuted for appearing in public in green shirts and proceeding to join their friends in camp, where the “clenched fist” salute is very much in evidence, and the Communist songs are sung at the camp fire.

If he will do neither of these things, then clearly he is a friend of Jewish Bolshevism, and the champion of those who threaten to bring our Empire low.