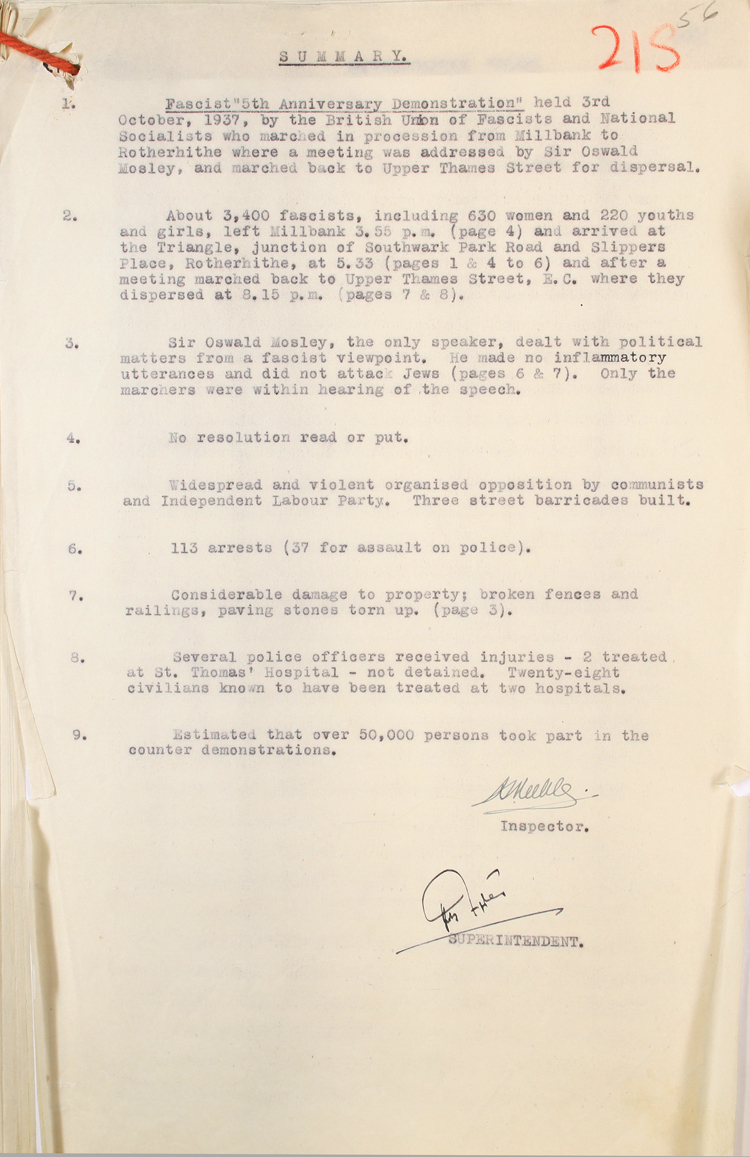 1. Fascist “5th Anniversary Demonstration” held 3rd October, 1937, by the British Union of Fascists and National Socialists who marched in procession from Millbank to Rotherhithe where a meeting was addressed by Sir Oswald Mosley, and marched back to Upper Thames Street for dispersal.

3. Sir Oswald Mosley, the only speaker, dealt with political matters from a fascist viewpoint. He made no inflammatory utterances and did not attack Jews (pages 6 & 7). Only the marchers were within hearing of the speech.

4. No resolution was read or put.

9. Estimated that over 50,000 persons took part in the counter demonstrations.