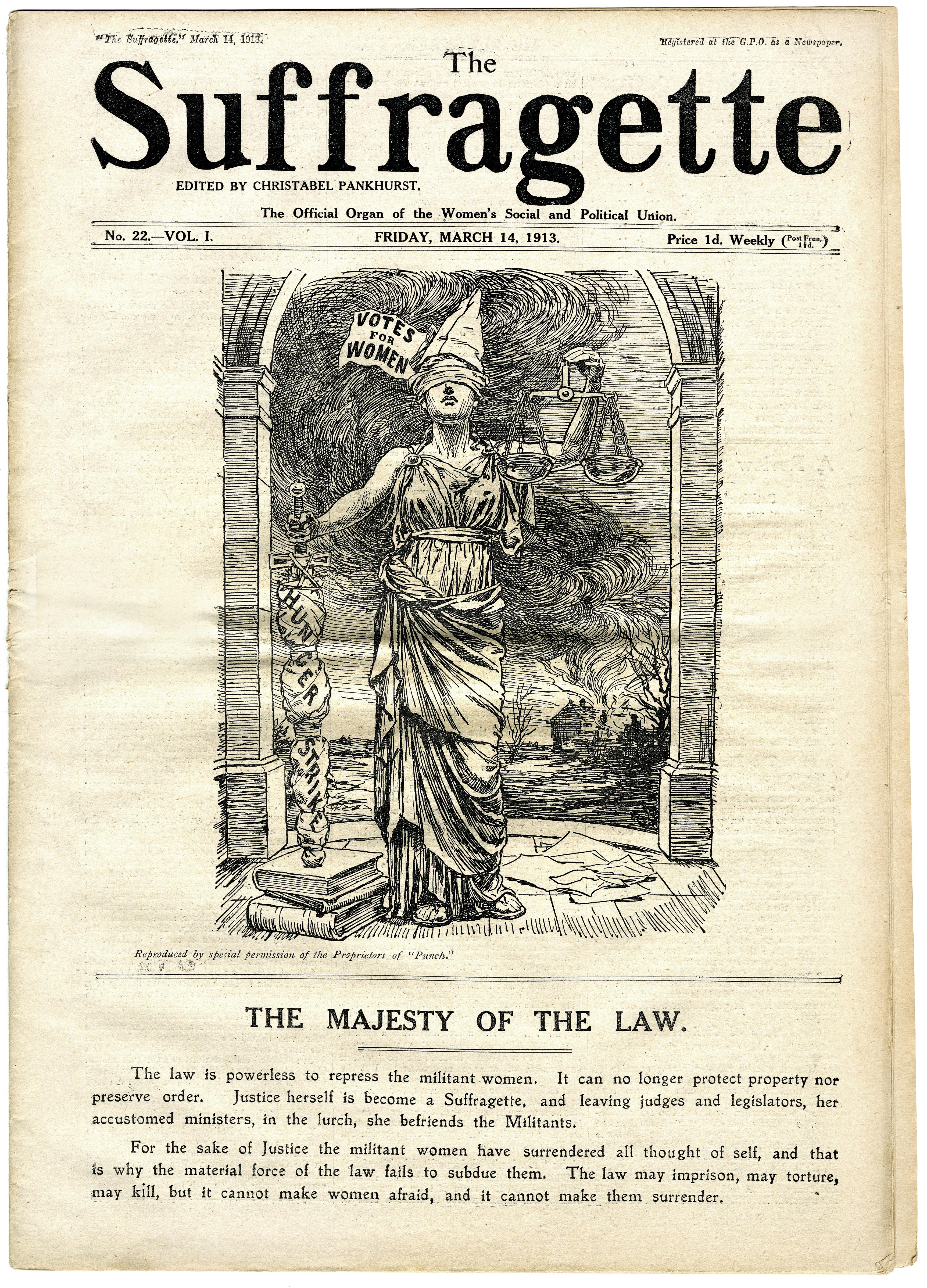 An edition of ‘The Suffragette’ newspaper. Edgar Whitely printed the newspaper and was charged for inciting people to join the Women’s Social and Political Union (WSPU). This source shows the significance of suffragette campaign material, 14 March 1913 (Catalogue ref: ASSI 52/212)

The Suffragette
Edited by Christabel Pankhurst

The Official Organ of the Women’s Social and Political Union

[Image of Justice with Votes for women banner and ‘Hunger Strike’ sword]
Reproduced by special permission of the Proprietors of “Punch.”

The Majesty of the Law

The law is powerless to repress the militant women. It can no longer protect property nor preserve order. Justice herself is become a Suffragette, and leaving judges and legislators, her accustomed ministers, in the lurch, she befriends the Militants.

For the sake of Justice the militant women have surrendered all thought of self, and that is why the material force of the law fails to subdue them. The law may imprison, may torture, may kill, but it cannot make women afraid, and it cannot make them surrender.