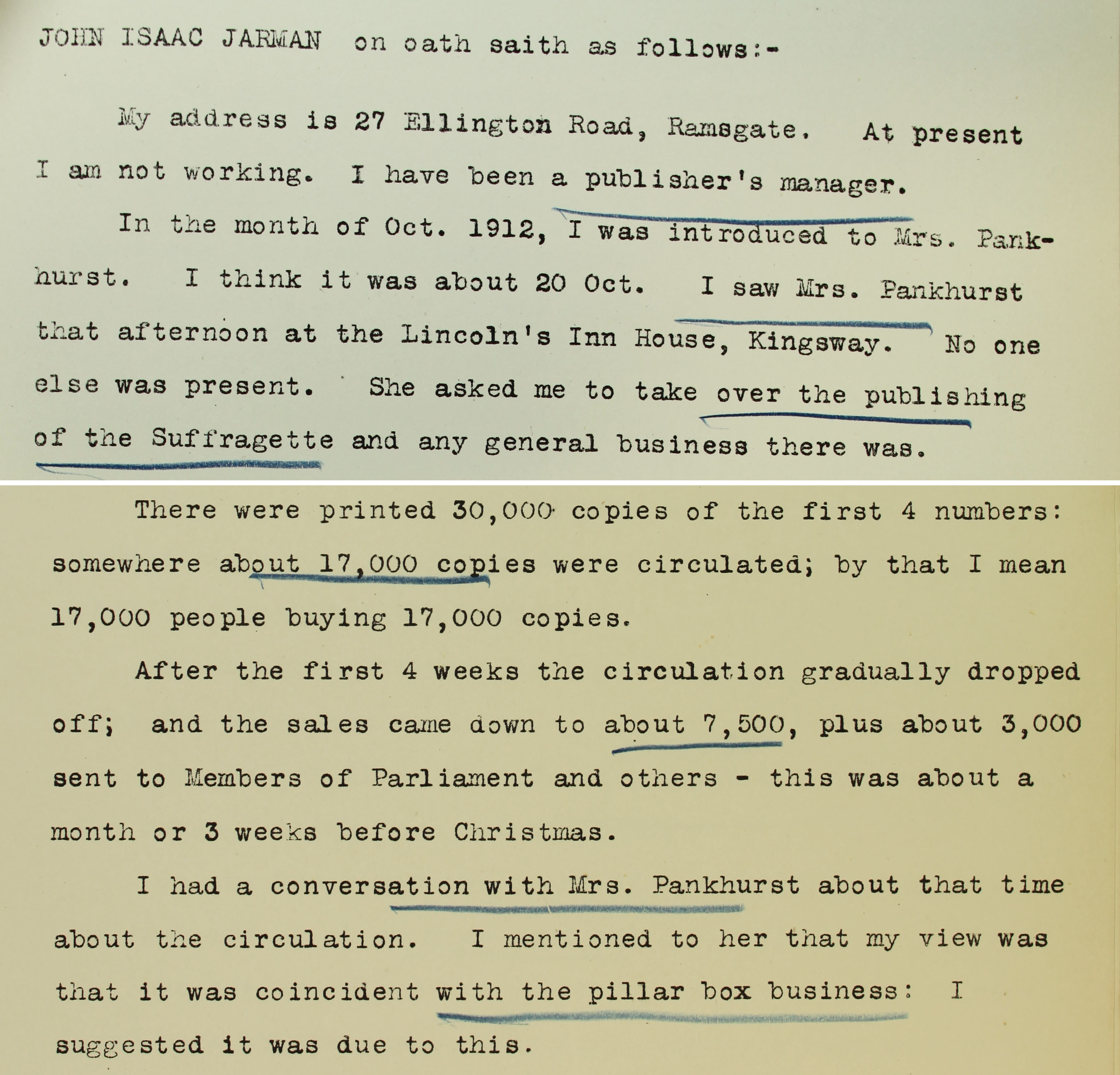 Extract from a statement by John Jarman, publisher of ‘The Suffragette’. This gives details of the number of copies bought and circulated, October 1912 (Catalogue ref: TS27/19)

My address is 27 Ellington Road, Ramsgate. At present I am not working. I have been a publisher’s manager.

In the month of Oct. 1912, I was introduced to Mrs. Pankhurst. I think it was about 20 Oct. I saw Mrs. Pankhurst that afternoon at the Lincoln’s Inn House, Kingsway. No one else was present. She asked me to take over the publishing of the Suffragette and any general business there was.

After the first 4 weeks the circulation gradually dropped off; and the sales came down to about 7,500, plus about 3,000 sent to Members of Parliament and others – this was about a month or 3 weeks before Christmas.

I had a conversation with Mrs. Pankhurst about that time about the circulation. I mentioned to her that my view was that it was coincident with the pillar box business: I suggested it was due to this.