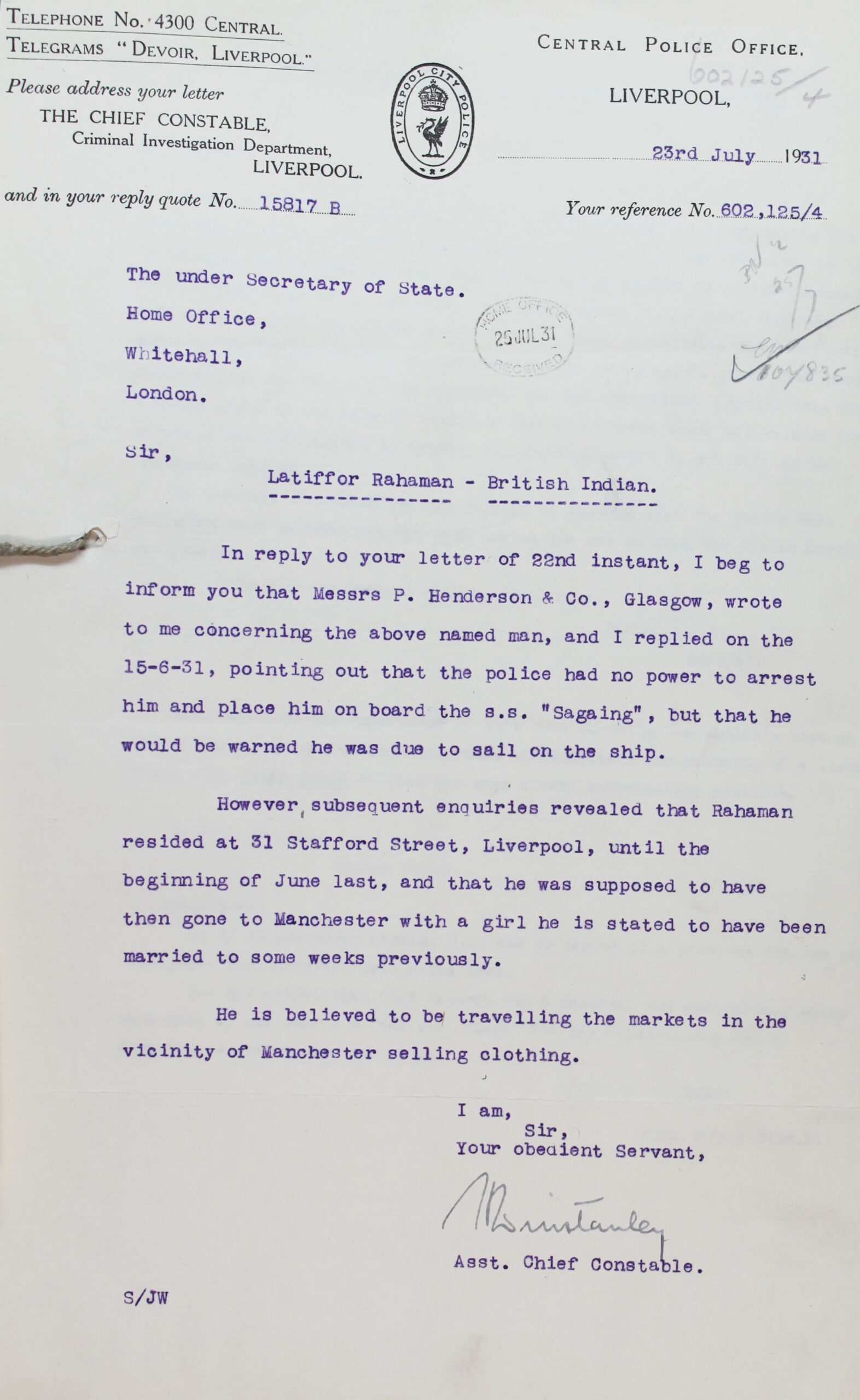 Document (a) about seafarer Latiffor Rahaman.

The under Secretary of State.

In reply to your letter on 22nd instant, I beg to inform you that Messrs P. Henderson & Co. Glasgow, wrote to me concerning the above named man, and I replied on the 15-6-31, pointing out that the police had no power to arrest him and place him on board the s.s. “Sagaging”, but that he would be warned he was due to sail on the ship.

However, subsequent enquiries revealed that Rahaman resided at 31 Stafford Street, Liverpool, until the beginning of June last, and that he was supposed to have then gone to Manchester with a girl he is stated to have been married to some weeks previously.

He is believed to be travelling the markets in the vicinity of Manchester selling clothing.

I am, Sir, your obedient Servant,