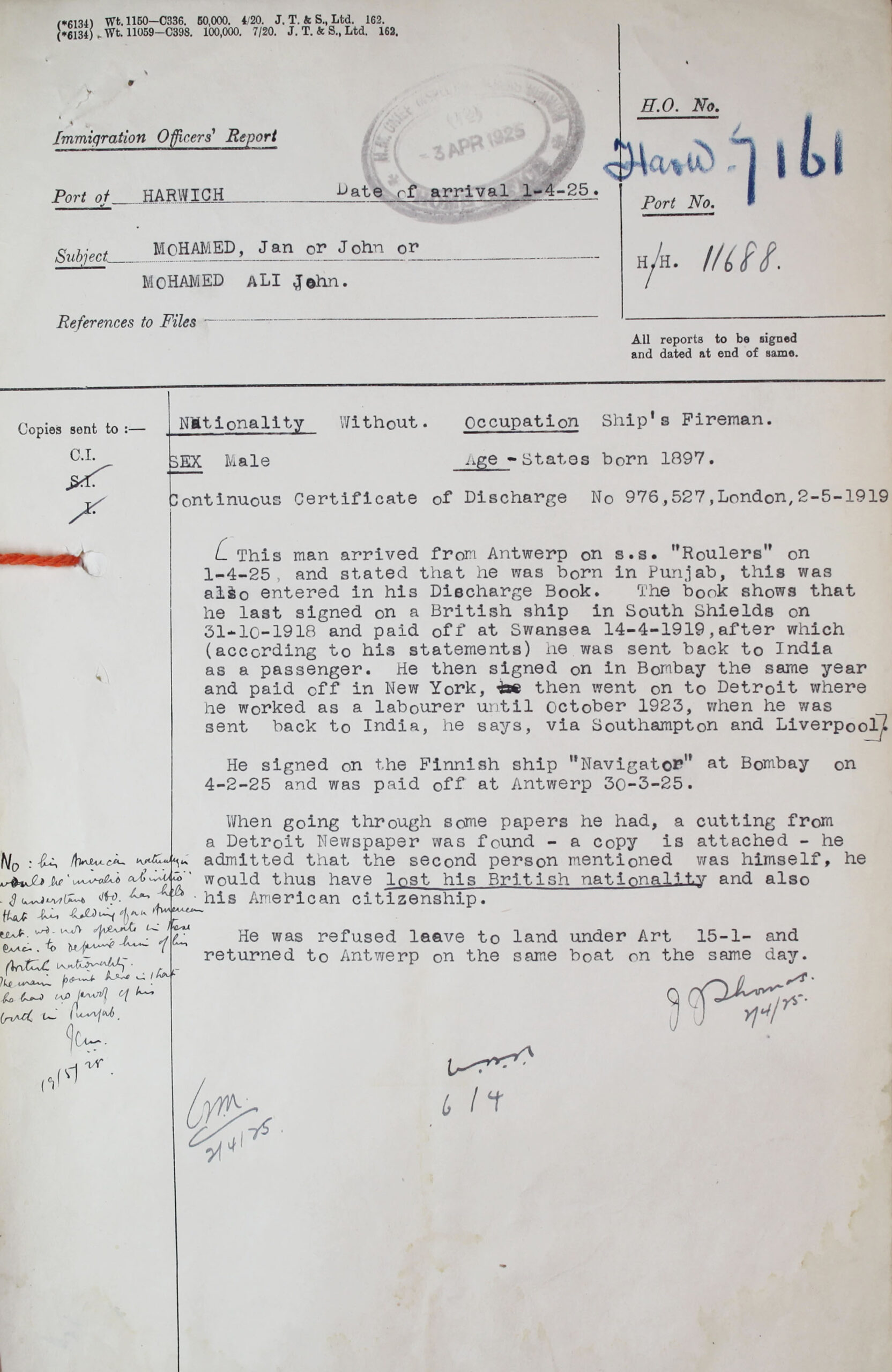 Document (a) about seafarer Jan Mohamed.

Subject: MOHAMED, Jan or John or

This man arrived from Antwerp on s.s “Roulers” on 1-4-25, and stated that he was born in Punjab, this was also entered in his Discharge Book. The book shows that he last signed on a British ship in South Shields on 31-10-1918 and paid off at Swansea 14-4-1919, after which (according to his statements) he was sent back to India as a passenger. He then signed on in Bombay the same year and paid off in New York then went on to Detroit where he worked as a labourer until October 1923, when he was sent back to India, he says , via Southampton and Liverpool.

When going through some papers he had, a cutting from a Detroit newspaper was found- a copy is attached- he admitted that the second person mentioned was himself, he would thus have lost his British nationality and also his American citizenship.

He was refused leave to land under Art 15-1- and returned to Antwerp on the same boat on the same day.