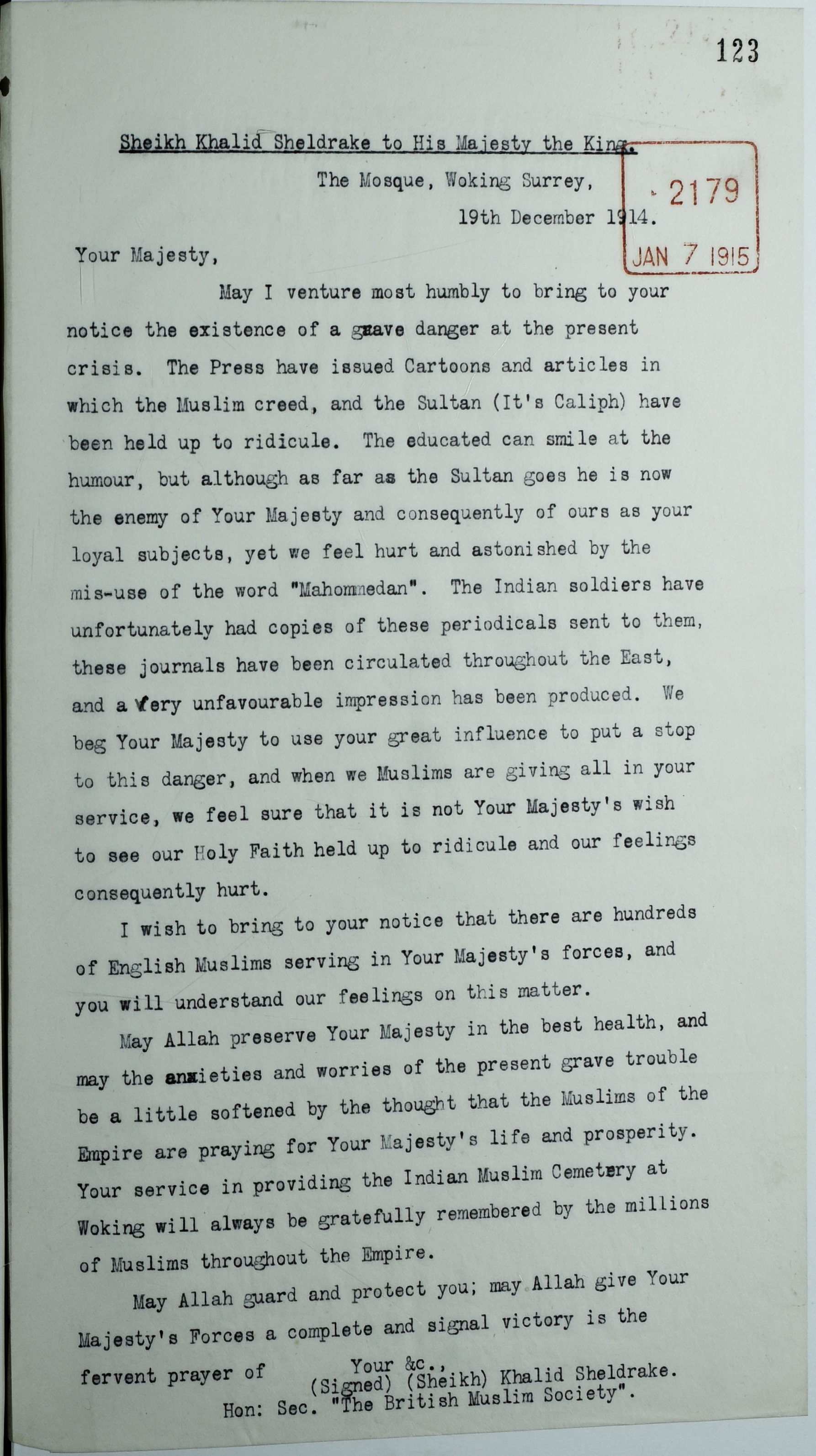 This extract is from a letter by Khaled Sheldrake, Honorary Secretary, The British Muslim Society, dated 19 December 1914. It shows the reaction of prominent Muslims in Britain – both White and Asian – to newspaper articles denigrating Muslims. The writer implores the British government to take action to put an end to such articles because they are injurious to Muslim sentiment. He also emphasises Muslim loyalty to King and Country.

….May I venture most humbly to bring to your notice existence of a grave danger at the present crisis. The Press have issued cartoons and articles in which the Muslim creed, and the Sultan (its Caliph) have been held up to ridicule. The educated can smile at the humour, but although as far as the Sultan goes he is now the enemy of your Majesty and consequently of ours as your loyal subjects, yet we feel hurt and astonished by the misuse of the word ‘Mahomedan’. The Indian soldiers have had copies of these periodicals sent to them; these journals have been circulated throughout the East, and a very unfavourable impression has been produced. We beg your Majesty to use your influence to put a stop to this danger and when Muslims are giving all in your service, we feel sure that it is not your Majesty’s wish to see our Holy Faith held up to ridicule and our feelings consequently hurt.

I wish to bring to your notice that there are hundreds of English Muslims serving in Your Majesty’s forces and you will understand our feelings on this matter.

May Allah preserve your Majesty in best health and may the anxieties and worries of the present grave troubles be a little softened by the thought that Muslims of the Empire are praying for your Majesty’s life and prosperity. Your service in providing the Indian Muslims cemetery at Woking will always be gratefully remembered by millions of Muslims throughout the Empire…