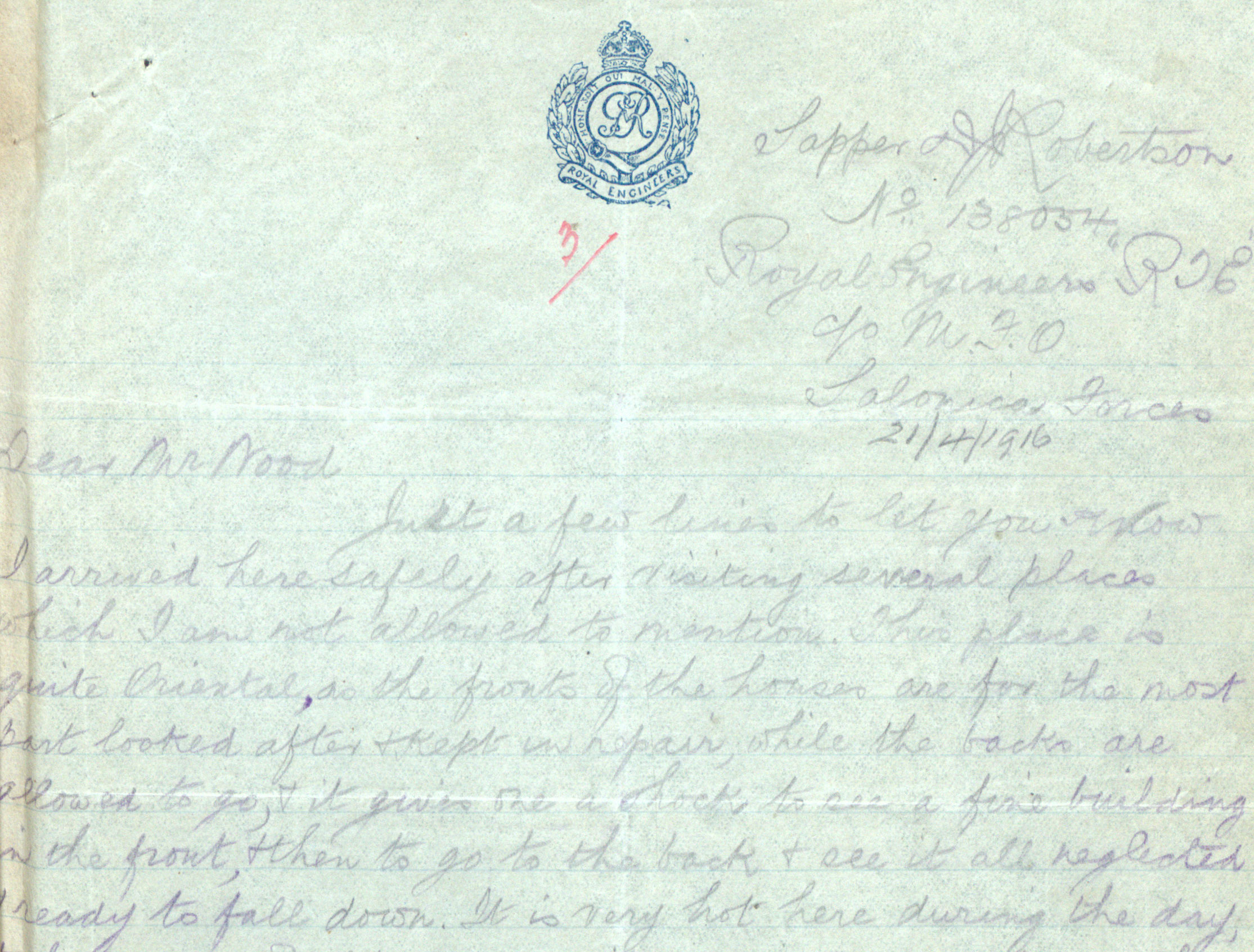 One of the many letters sent by staff of the Great Western Railway Audit office at Paddington who had enlisted to fight in the First World War. The image shows part of the letter; the full transcript is given below. (RAIL 253/516)

Just a few lines to let you know I arrived safely after visiting several places which I am not allowed to mention. This place is quite oriental as the fronts of the houses are for the most part looked after and kept in repair, while the backs are allowed to go, and it gives one a shock to see a fine building in the front, and then to go to the back and see it all neglected and ready to fall down. It is very hot here during the day and the swarms of flies and mosquitoes keep one very busy and I dread to think what it will be like in the summer. It seems strange to see oxen drawing carts and donkeys with packs on, but it is a very common sight here. I sometimes have to go to the big steamers in a small pinnace [ship’s boat] and when it is rough it requires some nerve to walk along the sides of barges that are pitching and tossing and then climb up the ship’s side by a rope ladder, but it comes easier in time. It is very mountainous here, and we get a very fine view of Mount Olympus and the snow-capped peaks. I had to go by motor up country the other day and I had to grip the side of the car as the roads are awful and sometimes there is only just room for the car to travel and a sheer drop on the other side. The labourers at the docks are Greeks and when they are taken on in the mornings it is a regular Babel ‘till the Military Policeman uses his persuader (truncheon) right and left and that calms them somewhat. I have not met Mr Cox’s son yet but should I do so I will make myself known to him. I have had to revert to sapper again as there are not sufficient men of our staff for us to remain N.C.O.s but if it is brought up to strength I am promised them again. The first person I saw here was Gray of the Stats (Statistical Department), and we are working together. Trusting that you are quite well and with kindest regards to Messrs Cox, Slater, Rogers and Hunt.