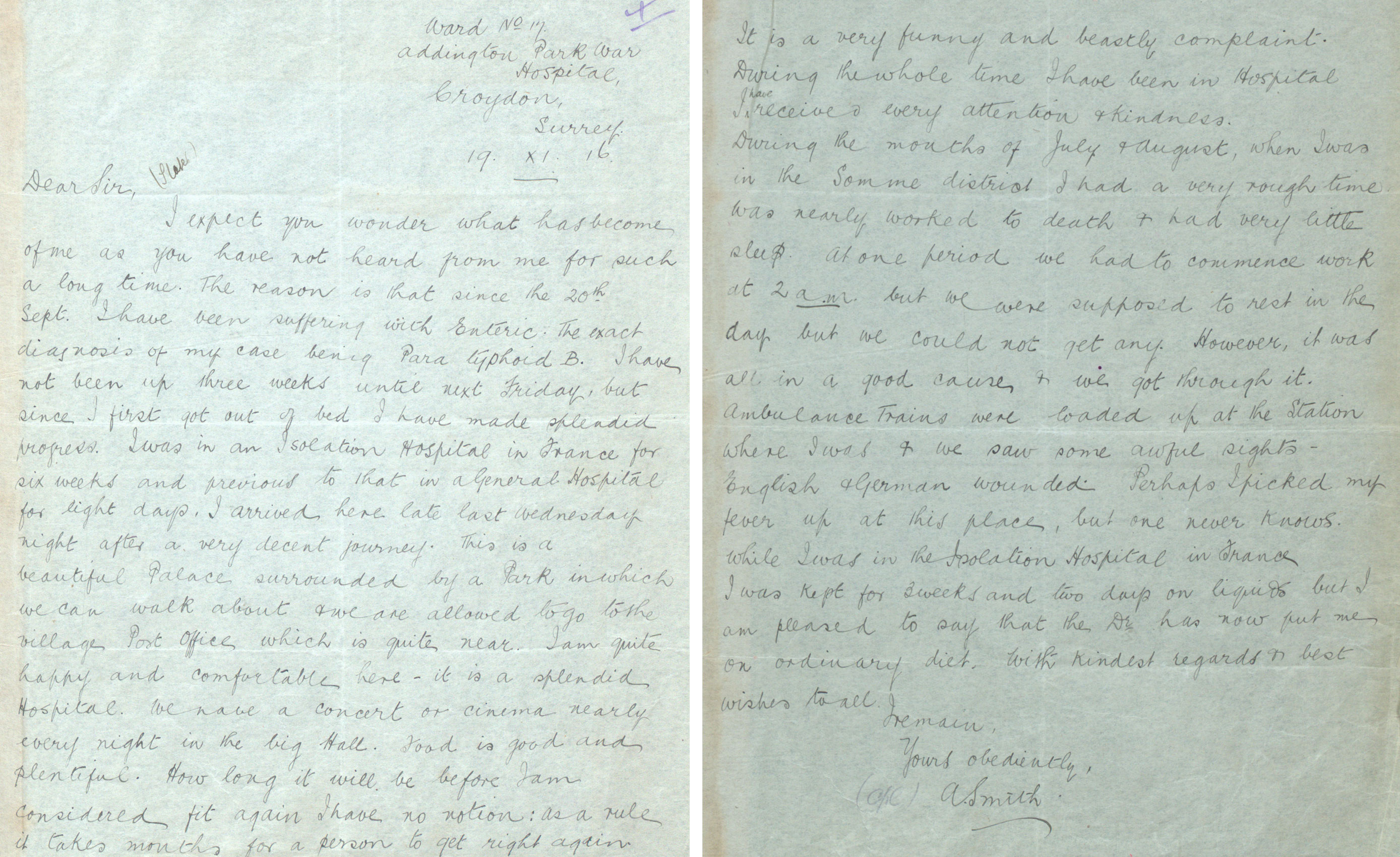 I expect you wonder what has become of me as you have not heard from me for such a long time. The reason is that since the 20th September I have been suffering with enteric (typhoid). The exact diagnosis of my case being para typhoid B. I have not been up three weeks until next Friday, but since I first got out of bed I have made splendid progress. I was in an isolation hospital in France for six weeks and previous to that in a General Hospital for eight days. I arrived here late last Wednesday night after a very decent journey. This is a beautiful palace surrounded by a park in which we can walk about and we are allowed to go to the post office which is quite near. I am quite happy and comfortable here, it is a splendid hospital. We have a concert or cinema nearly every night in the big hall. Food is good and plentiful. How long it will be before I am considered fit again I have no notion, as a rule it takes months for a person to get right again.

It is a very funny and beastly complaint. During to the whole time I have been in hospital I have received every attention and kindness. During the months of July and August when I was in the Somme district I had a very rough time, was nearly worked to death and had little sleep. At one period we had to commence work at 2am but we were supposed to rest in the day but we could not get any. However, it was all in a good cause and we got through it. Ambulance trains were loaded up at the station where I was and we saw some awful sights. English and German wounded. Perhaps I picked my fever up at this place, but one never knows. While I was in the isolation hospital in France I was kept for three weeks and two days on liquids but I am pleased to say that the doctor has now put me on ordinary diet. With the kindest regards and best wishes to all, I remain yours obediently.