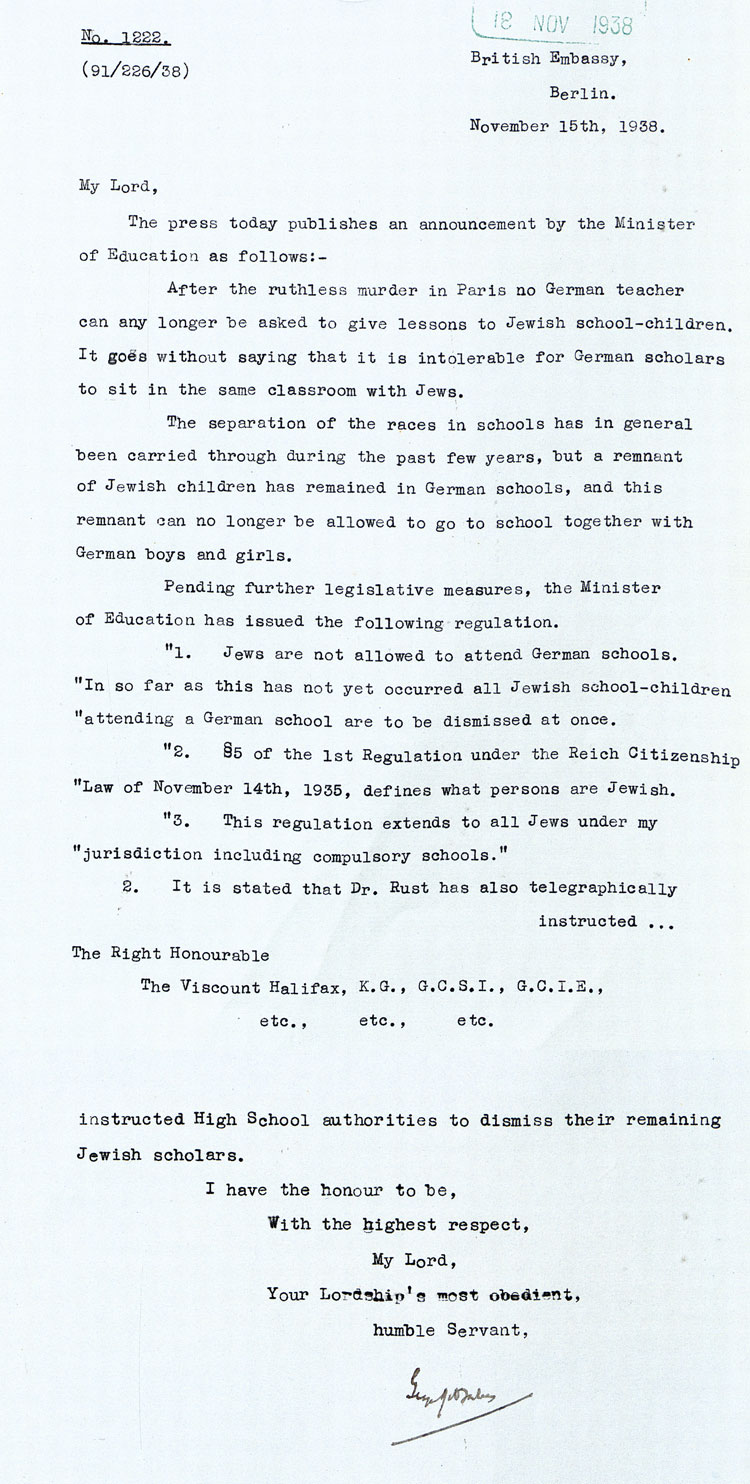 My Lord,
The press today publishes an announcement by the Minister of Education as follows:
After the ruthless murder in Paris no German teacher can any longer be asked to give lessons to Jewish school-children. It goes without saying that it is intolerable for German scholars to sit in the same classroom with Jews.
The separation of the races in schools has in general been carried through during the past few years, but a remnant of Jewish children has remained in German schools, and this remnant can no longer be allowed to go to school together with German boys and girls.
Pending further legislative measures, the Minister of Education has issued the following regulation.

“1. Jews are not allowed to attend German schools. “In so far as this has not yet occurred all Jewish school-children “attending a German school are to be dismissed at once.

“2. S5 of the 1st Regulation under the Reich Citizenship “Law of November 14th, 1935, defines what persons are Jewish.

“3.       This regulation extends to all Jews under my “jurisdiction including compulsory schools.”

I have the honour to be,
With the highest respect,
My Lord,
Your Lordship’s most obedient,
Humble Servant,