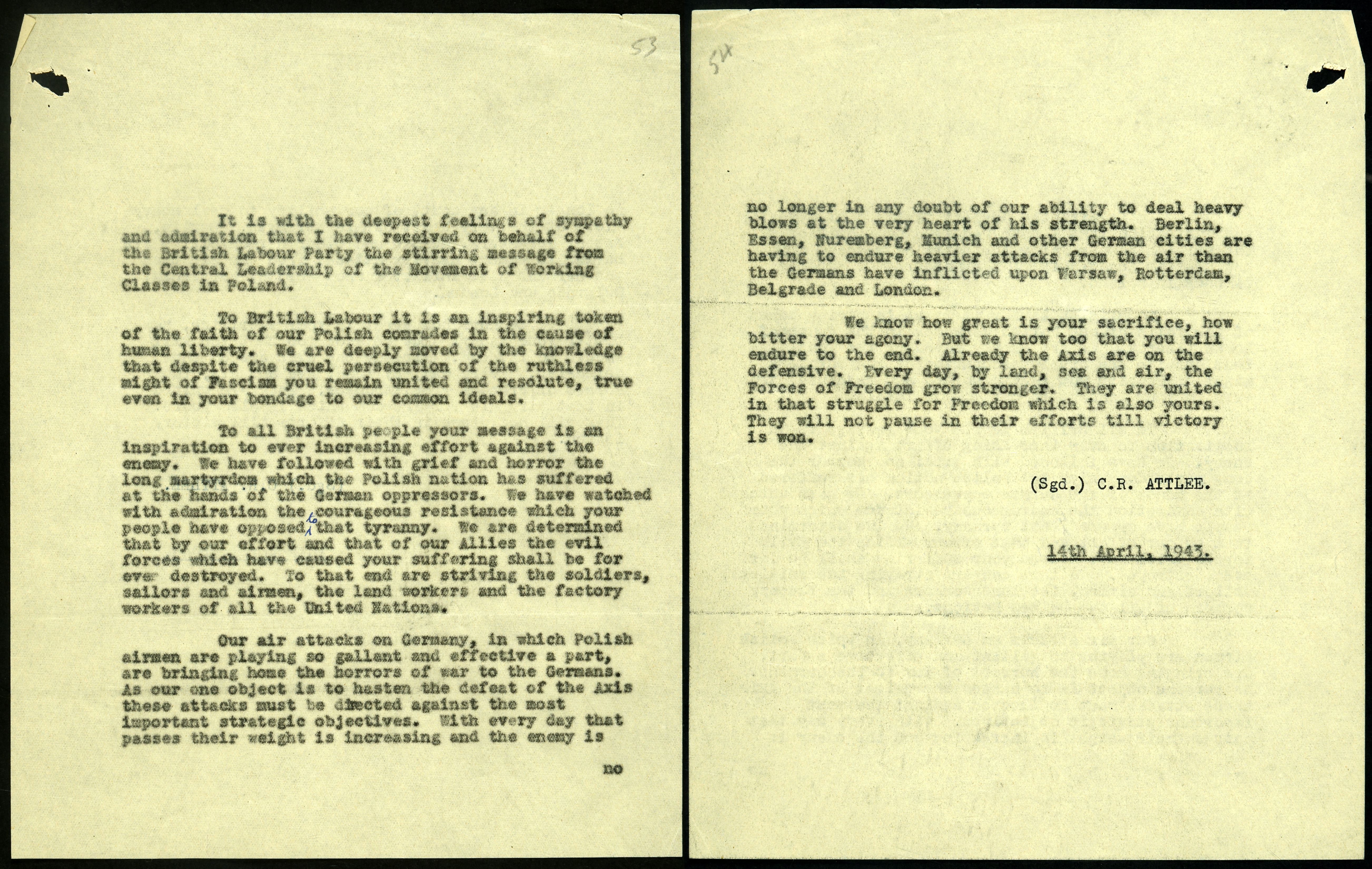 It is with the deepest feelings of sympathy and admiration that I have received on behalf of the British Labour Party the stirring message from the Central Leadership of the Movement of Working Classes in Poland.

To British Labour it is an inspiring token of the faith of our Polish comrades in the cause of human liberty. We are deeply moved by the knowledge that despite the cruel persecution of the ruthless might of Fascism you remain united and resolute, true even in your bondage to our common ideals.

To all British people your message is an inspiration to ever increasing effort against the enemy. We have followed with grief and horror the long martyrdom which the Polish nation has suffered at the hands of the German oppressors. We have watched with admiration the courageous resistance which your people have opposed (to) that tyranny. We are determined that by our effort and that of our Allies the evil forces which have caused your suffering shall be forever destroyed. To that end are striving the soldiers, sailors and airmen, the land workers and the factory workers of all the United Nations.

Our air attacks on Germany, in which Polish airmen are playing so gallant and effective a part, are bringing home the horrors of war to the Germans. As our one object is to hasten the defeat of the Axis these attacks must be directed against the most important strategic objectives. With every day that passes their weight is increasing and the enemy is no longer in any doubt of our ability to deal heavy blows at the very heart of his strength. Berlin, Essen, Nuremberg, Munich and other German cities are having to endure heavier attacks from the air than the Germans have inflicted upon Warsaw, Rotterdam, Belgrade and London.

We know how great is your sacrifice, how bitter your agony. But we know too that you will endure to the end. Already the Axis are on the defensive. Every day, by land, sea and air, the Forces of Freedom grow stronger. They are united in that struggle for Freedom which is also yours. They will not pause in their efforts till victory is won.