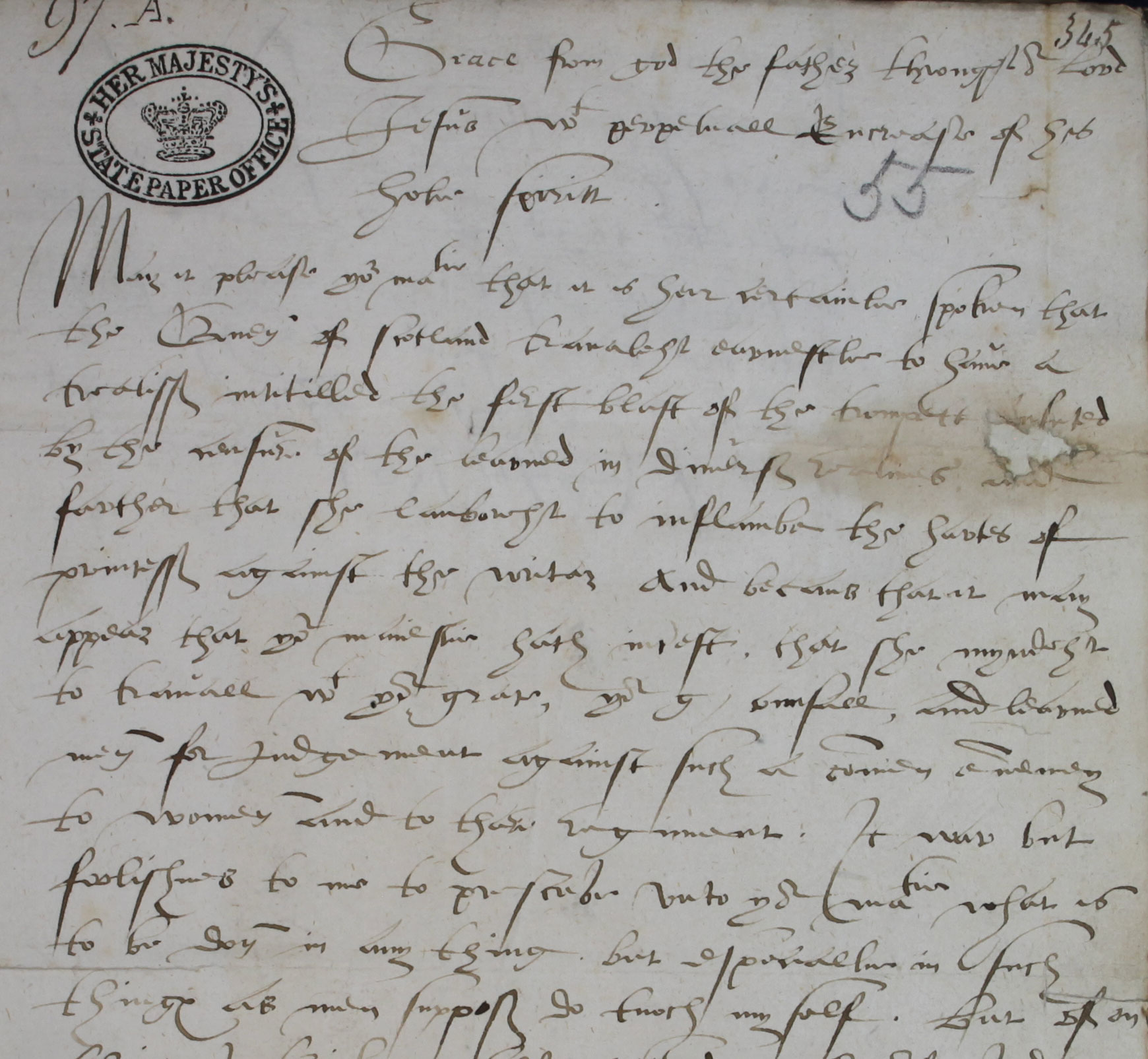 Elizabeth despised John Knox – with good reason. The influential Scottish clergyman and reformer was scathing in his attacks on women. His famous tract The First Blast of the Trumpet against the Monstrous Regiment of Women (‘regiment’ meaning rule or regime), was published just a few months before Elizabeth became queen. In it he declared: ‘To promote a woman to bear rule, superioritie, dominion or empire above any realme, nation, or citie, is repugnant to nature.’ He slammed Elizabeth’s half-sister Mary, who was then queen, as ‘unworthy by reason of her bloody tyranny of the name of woman.’ Knox’s letter to Elizabeth was written a fortnight before Mary Stuart’s arrival in Scotland from France to begin her queenship. Although Mary and Elizabeth would become deadly rivals, they were rare examples of queens regnant in a world dominated by men. Mary shared Elizabeth’s hatred of Knox and, as his letter shows, tried to have it censured.

Grace from god the father throught our Lord Jesus with perpetuall Encrease of his holie spiritt.

May it please your majestie that it is heir [here] certainlie spoken that the Quen of Scotland traveleht [travails, or is attempting] earnestlie to have a treatiss intitilled the ferst blast of the trompett [con]futed by the censure of the learned in divers realmes, and father that she lauboreht to inflambe the hartes of princess against the writer And becaus that it may appear that your majestie hath interest, that she myndeht [mindeth] to travall with your grace, your graces counsall, and learned menn for Judgement against such a common enemey to womenn and to thare regiment. It were but foolishnes to me to prescribe unto your majestie what is to be donn in any thing, but especiallie in such thinges as men suppos do tuoch [touch] my self…’