Elizabeth I to George and Elizabeth Talbot 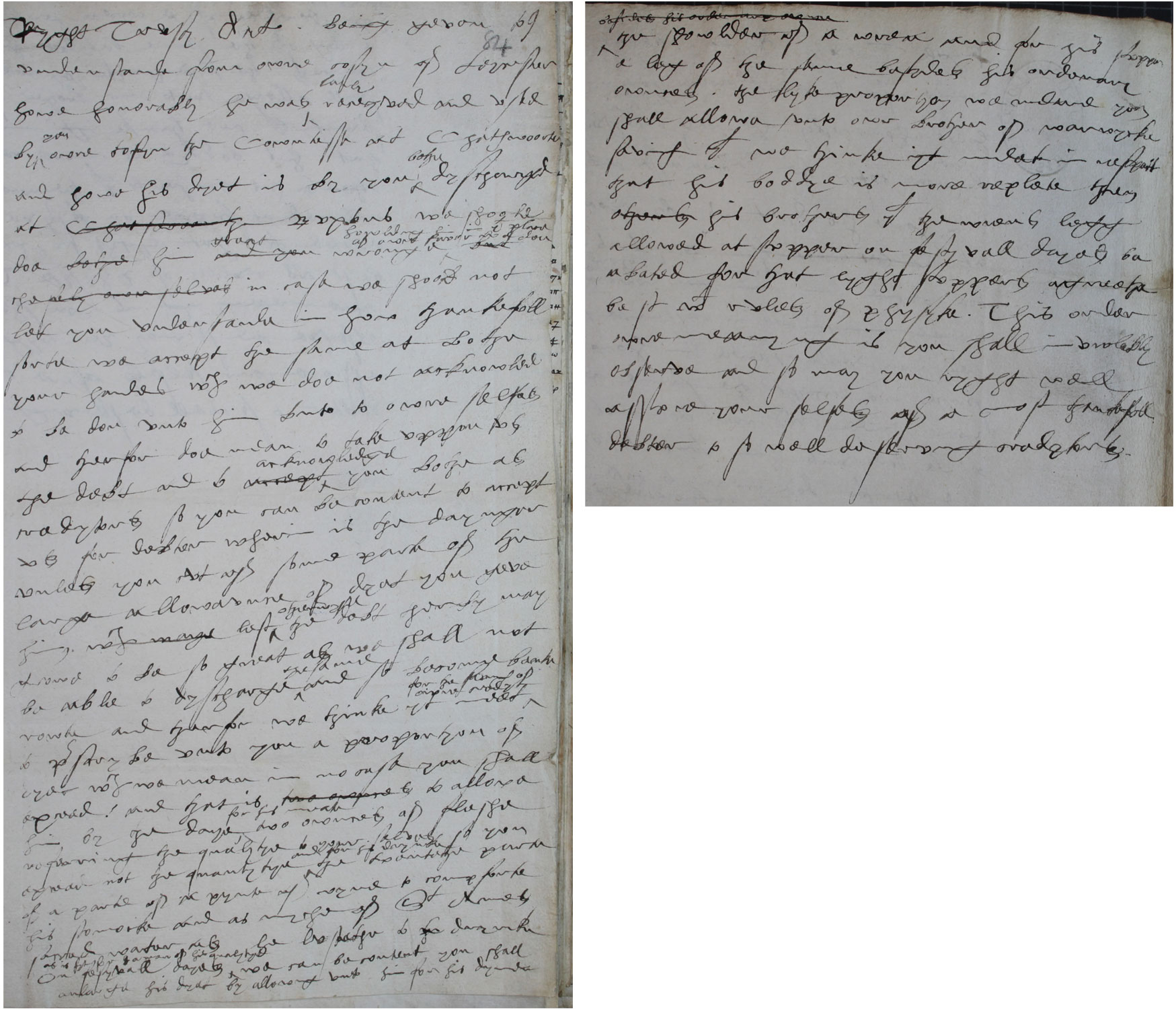 Elizabeth has gone down in history as the Virgin Queen. In stark contrast to her much-married father, she famously declared: ‘I will have but one mistress here, and no master.’ During the course of her long reign, she was besieged by many suitors but gave each one nothing more than ‘fair words but no promises.’ Yet it is generally accepted that there was one man who, more than any other, tempted Elizabeth to relinquish her virgin state: Robert Dudley, Earl of Leicester, to whom she had been close since childhood. Their tempestuous relationship endured for almost 50 years, and the obvious intimacy that existed between the couple prompted endless gossip. Even though she probably remained the Virgin Queen, Elizabeth loved Dudley above all others and missed him whenever he was away from court, as this letter proves.  Dudley had stayed with the Earl and Countess whilst visiting Buxton baths for his health. The queen wrote them this lighthearted letter thanking them for their hospitality and prescribing an abstemious diet for her favourite.

Right trusty etc.  Being geven to understand from owre cosyn of Leycester howe honorably he was lately receyved and used by you, our cosyn the Cowntesse at Chatswoorth, and howe his dyet is by you bothe dyscharged at Buxtons we should doe him great wrong holding him in that place of our favour as we do in case we should not let you understande in how thankfull sorte we accept the same at bothe your handes which wee doe not acknowledg to be done unto him but to owre selves, and therefore doe mean to take uppon us the debt and to acknowledge you bothe as credytors so you can be content to accept us for debtor wherin is the daynger unless you cut off some part of the large allowance of dyat you geve him, lest otherwyse the debt thereby may growe to be so great as we shall not be able to dyscharge the same, and so become bankrowte [bankrupt] and therefore we thinke yt meet for the saving of owre credyt to prescribe unto you a proportyon of dyet which we mean in no case you shall exceed, and that is to allow him by the daye for his meate two ounces of fleshe, reserving the qualytye to your selves so as you excead not the quantytye, and for his drynke the twentyeth parte of a pynte of wyne to comforte his stomacke and as muche of St Anne’s sacred water [probably May dew; early morning dew gathered during May and early June was believed to have special healing powers] as he lystethe to drynke. On festyvall dayes, as is fyt for a man of his qualyty, we can be content you shall enlarge his dyat by allowing unto him for his dynner the shoulder of a wren and for his supper a leg of the same, besides his ordinary ownces.  The lyke proportyon we meane you shall allowe unto our brother of Warwycke [Ambrose Dudley, Earl of Warwick, the older brother of Robert] saving that we thinke yt meet that in respectt that his boddye is more replete than his brothers that the wren’s legg allowed at supper on festyvall dayes be abated for that lyght supper agreeth best with rules of physyke. This order owre meanyng is you shall inviolably observe and so may you ryght well assure your selves of a most thankfull debtor to so well deserving a credytor.