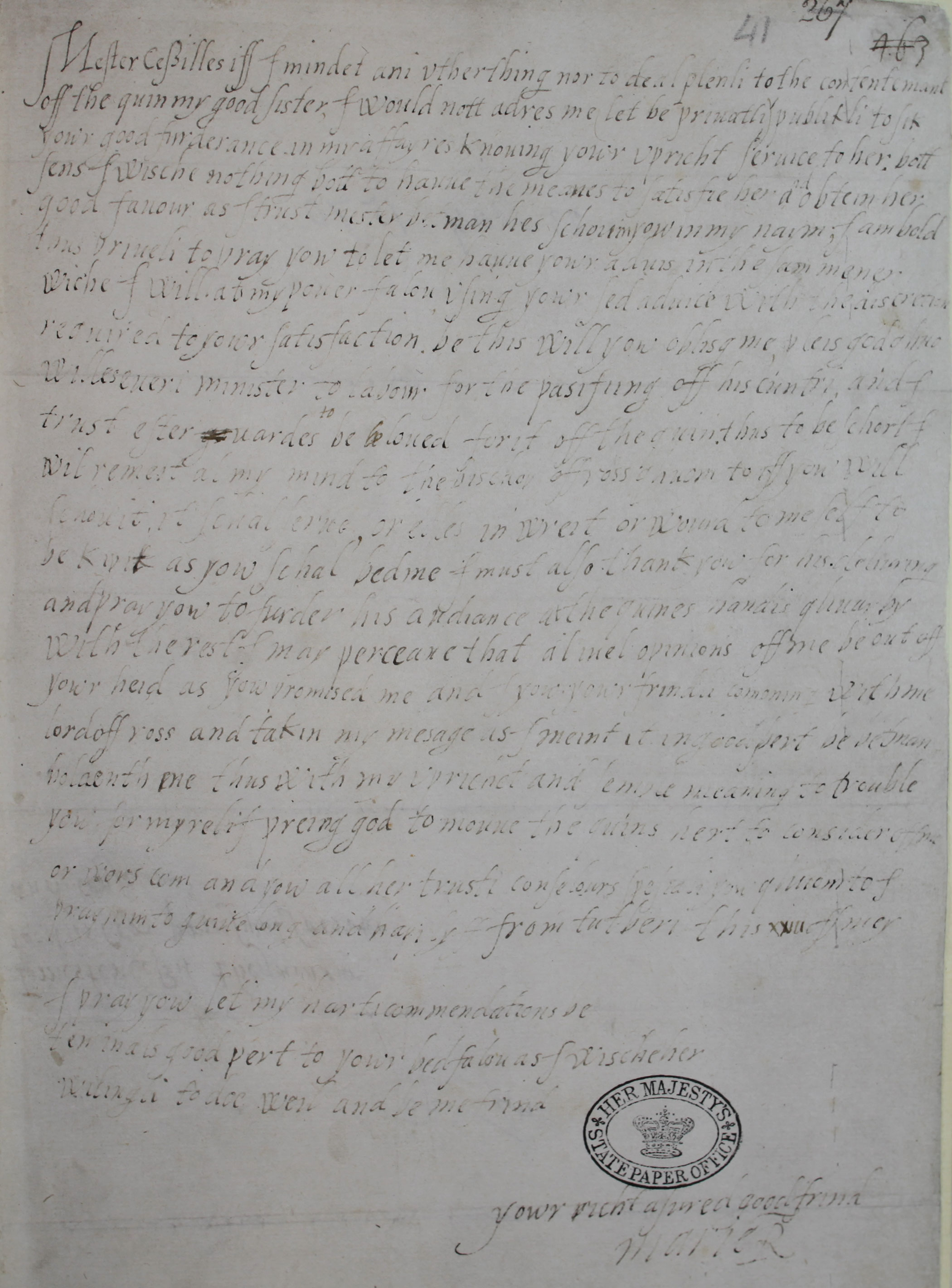 Some of Mary’s letters to Cecil during her imprisonment are written in Scottish-English, like this one; others are in French. She refers to John Leslie, bishop of Ross, who was her ambassador to Elizabeth. Leslie also carried on intrigues with her supporters in Scotland and abroad. Early in 1570, he was arrested on suspicion of involvement in the Northern Rebellion, but was freed after four months for lack of evidence. Tutbury Castle was one of several locations where Mary was held prisoner. She was first taken there in February 1569 and complained of its cold, draughty and damp rooms, which she claimed aggravated her already delicate health.

‘Mester Cessilles, iff I mindet ani uther thing nor to deal plenli to the contentemant off the quin, my good sister, I would nott adres me (let be privatli) publikli to sik yowr good furderance in my affayres, knouing yowr upricht service to her, bott sens I wische nothing bott to havve the meanes to satisfie her and obtein her good favour… I am bold thus priveli to pray yow to let me havve yowr advis in the sam mener, wiche I will at my pouer falou, using yowr sed advice with the discretion required to yowr satisfaction. Be this will yow oblisg me, pleis God, qhuo [who] willes everi minister to labour for the paisifiing of his cuntri, and I trust efteruardes to be beloved for it off the quin… I must also thank yow for his delivring and pray yow to furder his audiance at the quine’s handis, qhuarby [whereby] with the rest I may perceave that al ivel opinions off me be out off your heid, as yow promised me and I yow… preing god to move the quins hert to considere of me or wors com … I pray yow let my harti commendations be ten in als good pert to yowr bedfalou [bedfellow], as I wisch her wilingli to doe weil and be me frind.