Elizabeth I to the Duke of Alençon 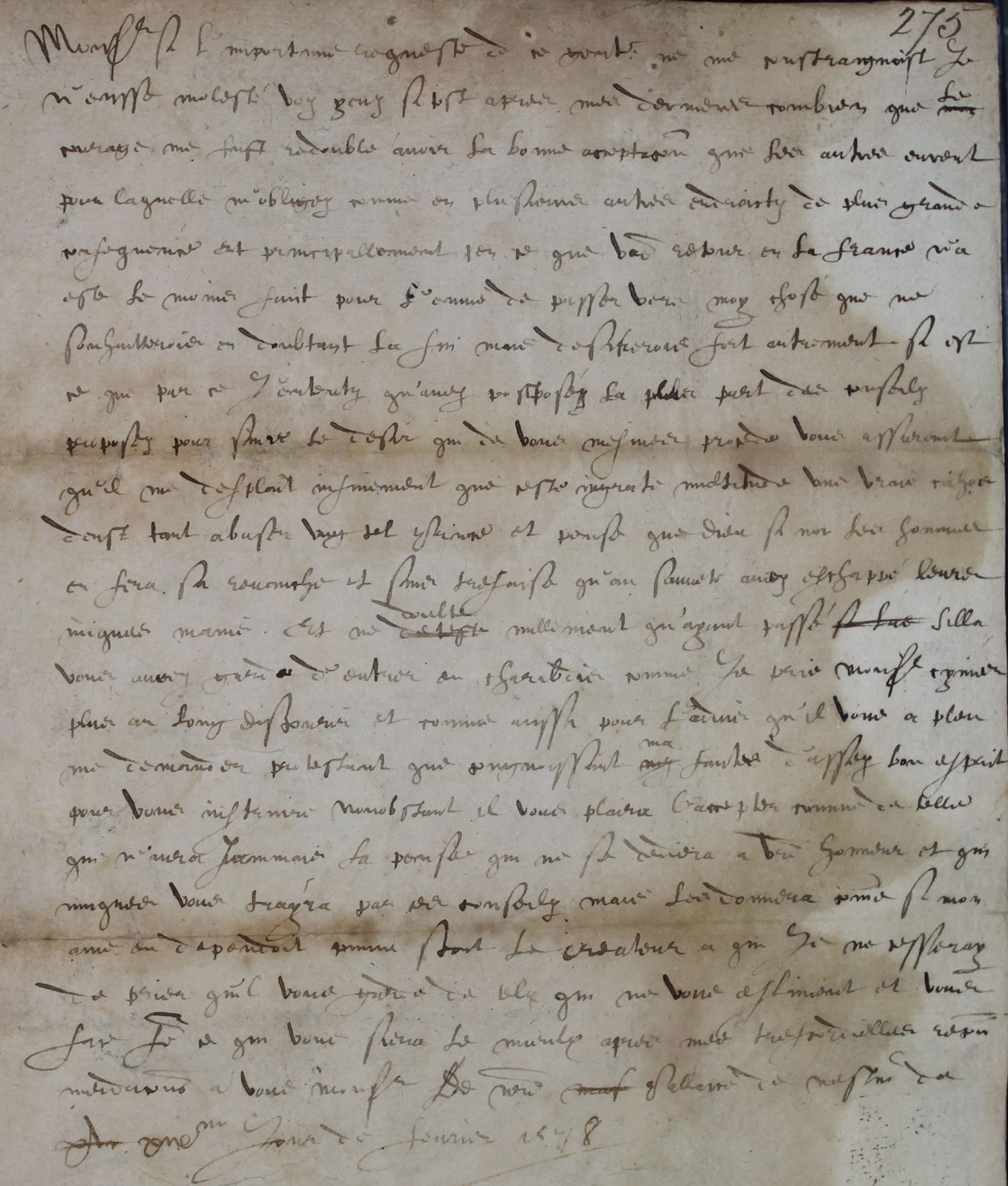 Anjou was the last serious contender for Elizabeth’s hand in marriage. When this letter was written, Elizabeth was 45 and her suitor just 23. Despite the considerable age gap, the pair became very close – aided by the fact that the Duke was the only one of the Queen’s many suitors to court her in person.  Perhaps, also, Elizabeth was aware that Anjou represented her last realistic chance of matrimony and of bearing an heir. She referred to him as her ‘frog’ and they exchanged a number of affectionate letters. Much as they wished their queen to take a husband, Elizabeth’s xenophobic subjects disapproved of Anjou and the proposed marriage caused a great deal of discontent, as is clear from this letter. Elizabeth eventually abandoned it in 1581 with apparently genuine regret.

Translation from the original French

If the urgent request of this bearer did not constrain me, I should not have annoyed your eyes with another letter so soon after my last, although my courage was doubled by the good acceptance which the others had; whereby you put me under obligation, as on other occasions of more consequence. Of which your return to France in consequence of your wish to come to me has not been the least. It was not a thing I should have wished, fearing how it might end; but my desire would be quite other if I am to understand by it that you have set aside most of the advice in order to follow the desire which proceeds from yourself. I assure you I am much displeased that that ungrateful multitude, a true mob, should so misuse such a Prince; and I think that God, if not men, will be revenged on them for it, and am glad that you have safely escaped their iniquitous hands. Nor do I doubt that having passed Scylla you will beware of entering Charybdis, as I beg M. Simier [Anjou’s envoy] to set out to you at more length, as also in respect of the advice which you have asked of me; protesting that though I recognise by lack of wit to instruct you, you may accept it as from one who will never have a thought not dedicated to your honour and will never betray you by her advice, but will give it as if my soul depended thereon.