Home >  Postcards from the Past > Janet Foster 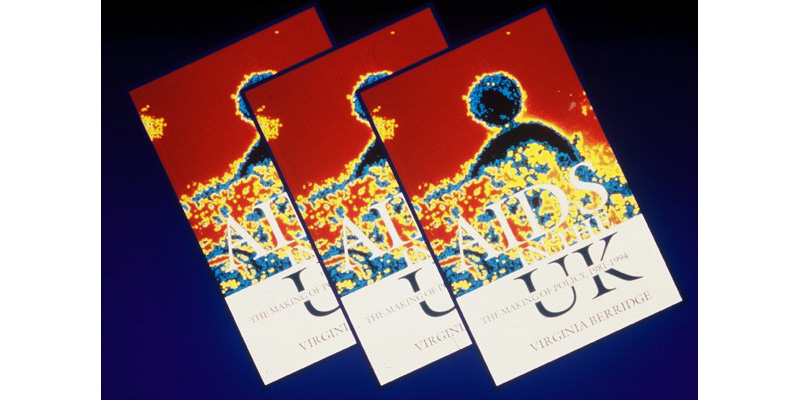 When the Nuffield Provincial Hospital Trust (now Nuffield Trust) funded the AIDS Social History Programme in 1988 at the London School of Hygiene and Tropical Medicine (LSHTM), they funded an archive consultancy alongside the two researcher posts (one of which was me).

Janet Foster joined the programme as archives consultant from a background as a health archivist. She initiated contact with the expanding number of voluntary and activist groups on the AIDS scene. This was a time of great change, when voluntary groups were emerging and establishing but also government funding was starting to come into the area. People realised that they were living through ‘history in the making’, much as there has been similar discussion recently in the time of COVID.

Many people in these organisations wanted to keep hold of records but did not quite know what should be kept and what could be discarded. Recordkeeping was the least of their worries at that time of crisis. Organisations were often run on a shoestring with committed volunteers.

Janet calmly and patiently explained the principles of recordkeeping. She also produced a checklist for organisations about what should be kept. Often people wanted to keep the wrong things and were getting rid of basic records. She then produced a small pamphlet incorporating this advice, together with a list of some of the organisations that held records. AIDS Archives in the UK was a pioneer at the time. Just looking through the entries gives a flavour of the organisations, some long departed, others still with us: the Aled Richards Trust, the Haemophilia Society, Landmark, the National AIDS Helpline. Established archives with relevant collections were also included – the Mass Observation Archive and the National Sound Archive among them.

This pioneering UK initiative could not collect material – that was beyond our remit – although subsequently some of the material, grey and otherwise, collected as part of the programme’s work, did go into the Wellcome Collection and then the LSHTM archive, when it was founded.

This material is now regularly used and of value, such as to the Infected Blood Enquiry. It also drew attention to an issue that has become more prominent since: where to locate the archives of voluntary organisations, which often have no natural archival home.